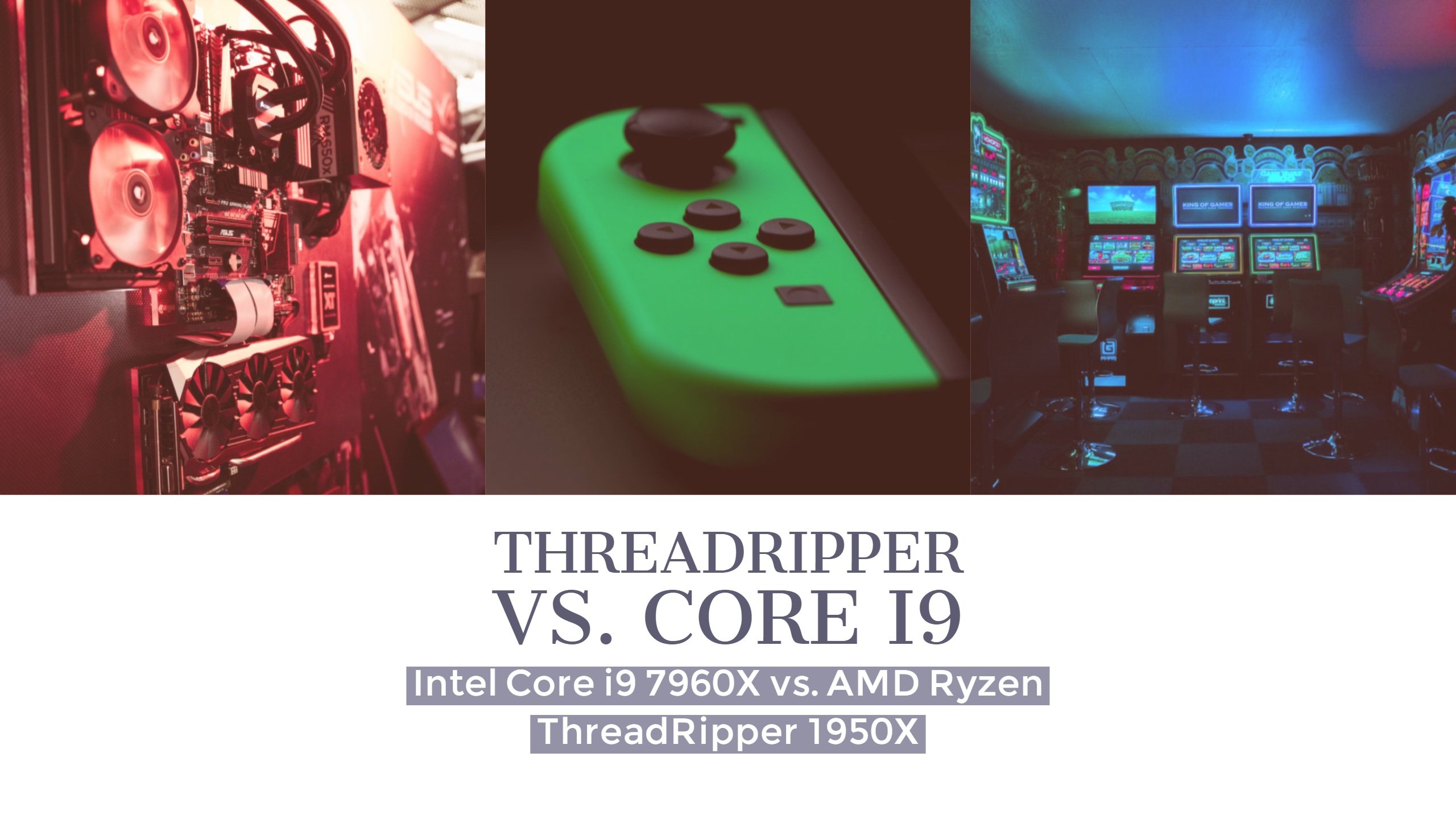 If you are looking to build a multi-threaded monster, you should look at the Intel Core i9 7960X vs. AMD Ryzen ThreadRipper 1950X comparison. Both of these processors outperform any multi-threaded workloads barring the 7890XE. However, the closest competitors between Intel and AMD are undoubtedly the 7960X or the TR 1950x. So, do they live up to the expectations? Let’s find out.

Core i9 7960 X-series Processor and Ryzen Threadripper 1950x is one of the most powerful and best processors from their respective brands, since they provide impressive processing speeds and performance. Even though the AMD build is considerably less costly, you would still need to throw in a lot of cash to get your hands on them. Thus, no one imagined these processors would become so popular among gamers. However, players always carve for maxing out everything they can, which made these processors so famous among them. Today, we will have a look at both Intel Core i9 7960x X-Series and AMD Ryzen ThreadRipper 1950x with all the technical details and specification to get an idea about which is best when it comes to gaming.

Later in the post, we will have a brief discussion about how exactly these two processing beasts differ from each other. But, before we jump there, have a look at the following table which gives a brief detail about all the essential technical aspects of both Intel Core i9 7960X X-Series and the AMD Ryzen Threadripper 1950x processors.

So now that you have had a look at all the technical specifications, here is a brief outcome based on the table above:

Both the processors offer 16-cores and 32-threads. A core is simply basic computation unit of CPU, which handles one program context at a time. It is responsible for maintaining correct program state, registers and execution order and performing operations through ALUs. When you run games, there are a lot of graphical processing going on, which involves millions of mathematical logic and operations. The more cores you have, the smoother your heavy games will run. The number of threads represents the number of operations a CPU can handle simultaneously. Since both processors here are offering the same number of cores and threads, there is not much to discuss here. One thing is clear that they are super-perfect for any gaming. 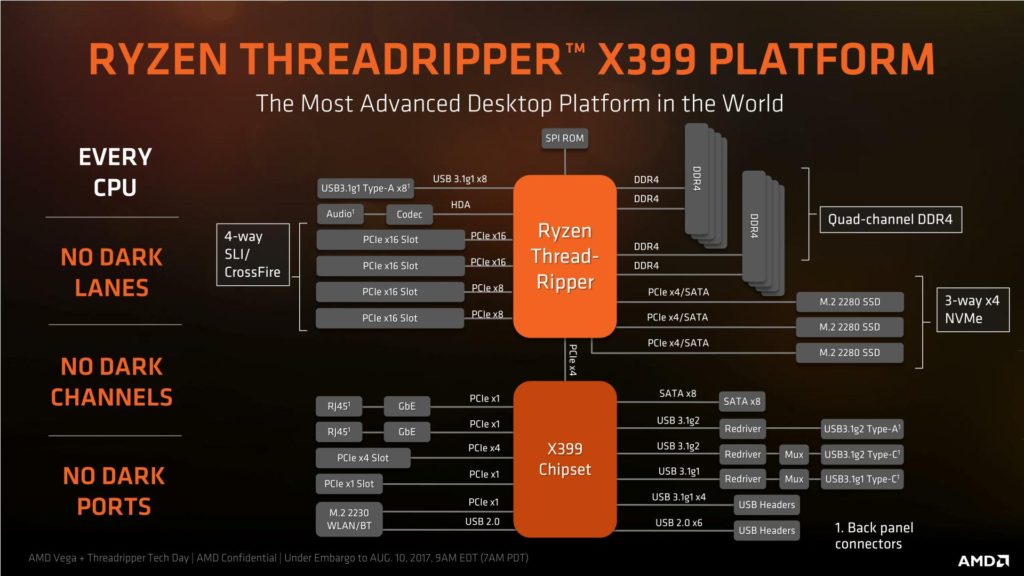 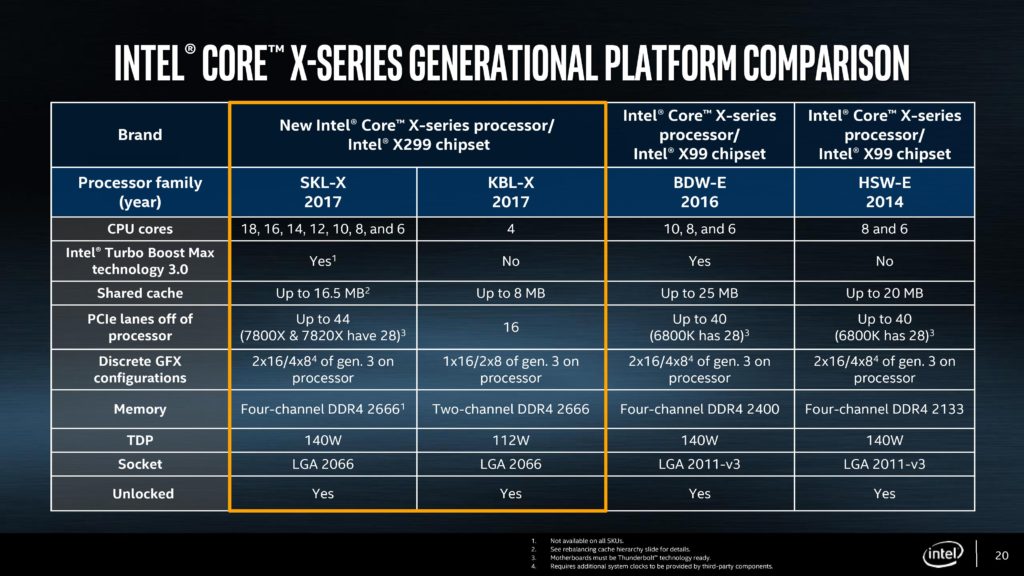 The i9 7960x utilizes LGA 2066 socket, which is dedicated for X series processors only. You will have to get an LGA 2066 socket based motherboard which is pretty costly, and you need a substantial budget for such build. Moreover, you will be bound to use X-series processors only in the future. However, an upgrade/downgrade is least likely since i9 is the most powerful processor in the series. It is pretty same with the Threadripper 1950x. You will have to get a Socket TR4 motherboard, which will bind your upgrades and downgrades within Threadripper series unless you are ready to get a new motherboard based on another socket. Gaming wise, it doesn’t matter much as these processors are pretty powerful enough to deliver what most of the modern games demand. In fact, they provide far more than what is required.

Overclocking are of great importance for any gamer. Let it be a budget rig or a high spec build with Intel X-Processor or AMD Threadripper, overclocking helps to utilize most of all the components including RAM and CPU. Base clock speed for Intel i9 7960X is 2.8 GHz, where for AMD  Threadripper 1950x, it is 3.5 GHz. However, it does not make AMD winner in any way since Intel Core i9 7960x can pull off 4.2 GHz with Turbo. On the other hand, AMD can pull 4.0 GHz only. In base frequency, AMD is ahead, but Intel surpasses it when it comes to overclocking compatibility. However, both 4.2 GHz and 4.0 GHz are considered excellent for gaming as far as your overall rig is well balanced with right components. You will not be CPU limited using either of these CPUs. If paired with a 1080 GTX, you can get the assurance of 100% gaming with the highest settings. 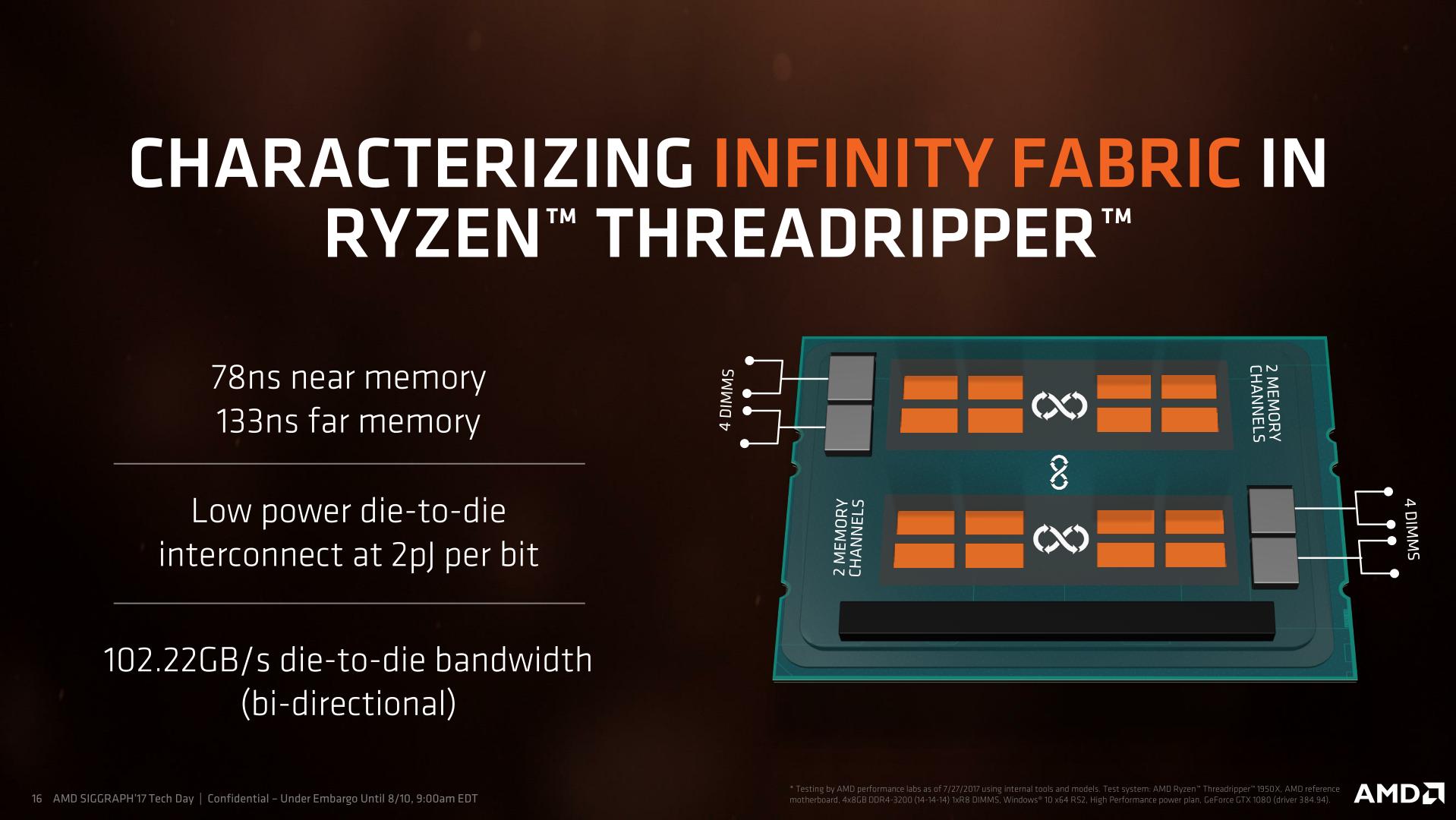 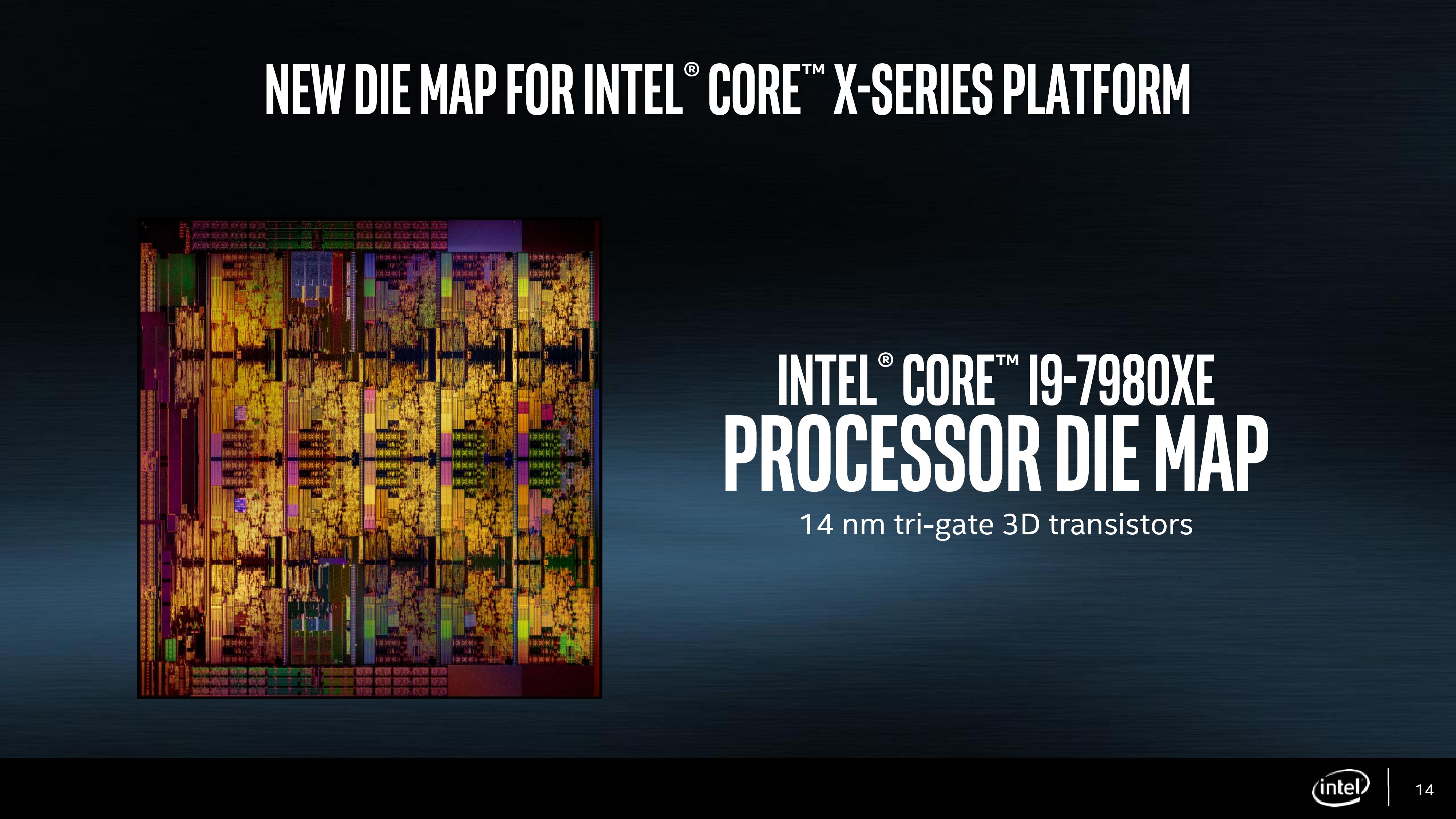 In case of AMD, they are using a Multi-Core Modular (MCM) design where two Zeppelin die is using a low latency, low power, high bandwidth interconnect with two memory channels each. Both the MCM modules are using 16 PCIe lanes for add-in cards expandability. The Infinity Fabric is a full duplex bi-directional 102 GB/s die-to-die bandwidth interconnect. Memory access speeds of 78ns to reach the DRAM connected to the same die vs. 133ns to achieve the DRAM on another die while maintaining cache coherence.

On the other hand, Intel Core i9’s are using an almost identical base, leaving aside the core count. The Core i9 9760 supports DDR4-2666 memory natively, with support for 44 PCIe 3.0 lanes and 24 from the chipset. Rated at 165W TDP, there is some variation in the frequencies based on the model numbers. The base clock frequencies in general decrease the higher you go up the stack. This, we believe was a design challenge for Intel to keep the same thermal levels. The processors will reduce in the base clock for clock frequency to meet that same TDP target.

The results are pretty unexpected here. AMD sits 68 C on average loads where Intel can go as high as 98 C. However; it is quite considerable since Intel i9 is providing more clock frequency and their additional features are high as well. You will have to invest in a CPU cooler for both the processors. AMD will do well with a simple fan based cooler. However, Intel i9 will require a full-fledged liquid cooling solution with and without overclocking since 98 C is pretty high for an average desktop.

As stated in the table, both of these Intel and AMD provide a standard set of features that are offered in most of their processors. Intel is a clear winner here. Not just for this generation of processors but also for any CPU generation, they have provided till now. When it comes to additional features Intel wins once again as they are plenty of features as listed in the table, on the other hand, AMD offers standard architectural features only. We cannot say that these features will completely alter your gaming experience, but significant or minor, they will leave an impact.

So overall, Intel i9 is a way better choice at a much higher price compared to AMD’s Threadripper platform if you are into overclocking. However, without overclocking, AMD surpasses Intel in term of clock speed and processing power. However, selection of the right CPU depends on many factors other than just processing speed and power. Of course, gamers want the best performance, but the choice of one component highly depends on other parts so that that rig can have an appealing theme.

We hope, this post helps you to understand the difference between Intel Core i9 7960X vs. AMD Ryzen ThreadRipper 1950X in gaming. If you have any queries or suggestions, feel free to use the comment section below. 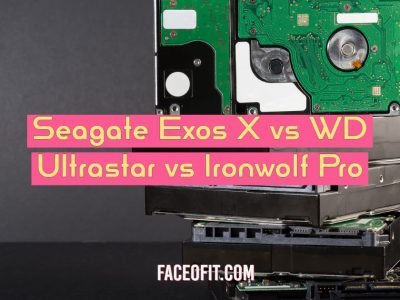 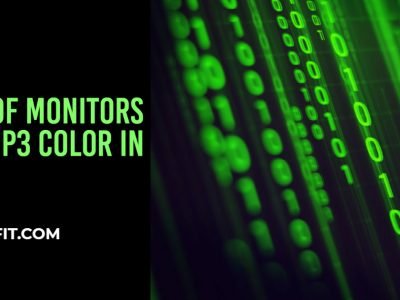 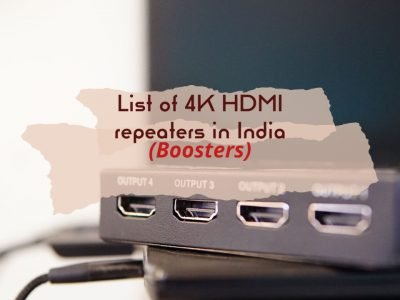