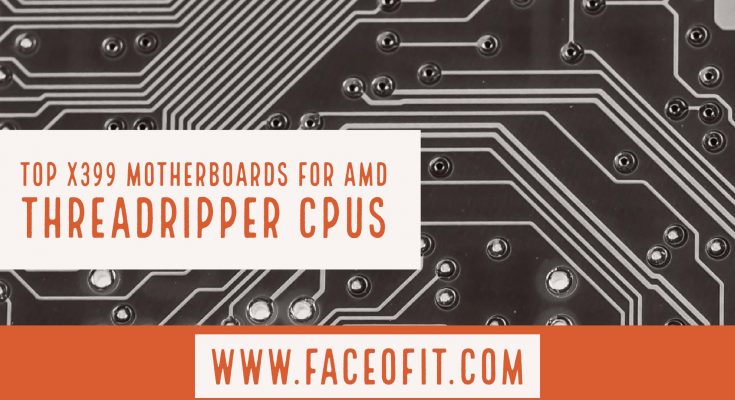 AMD’s latest processors, AMD Ryzen Threadripper processors need a new socket, a.k.a socket TR4. We listed out the best X399 Motherboards for AMD Threadripper currently available in the market. You’ll have to admit; the Desktop PC market is alive yet again with AMD’s new processors based on its latest Zen architecture.

Just when we thought the desktop PC’s to be dead, AMD started a war yet again. AMD fans all over the world had been waiting for a long time for an answer to the Intel Core processors. The last generation Bulldozer CPUs and its various iterations were only useful at the moderate end of the spectrum. AMD had to compromise on its pricing to be able to compete with Intel’s Core i3 and i5 processors.

With the initial release of AMD Ryzen’s three processor family, a.k.a the 1800x, 1700x and 1700, AMD was able to get everyone excited. Now with the latest Threadripper CPU’s based on 2 Zen CPU modules, AMD can push the boundary even further. AMD and Intel started the battle of the highest CPU clock frequency in the early 2000’s. Now, undoubtedly, we are in the era where AMD and Intel are once again battling it out with CPU core counts.

The initial benchmarks suggest a serious threat to Intel’s HEDT (High-End Desktops) offerings, and we expect some severe price cuts. On the other hand, AMD is going to seriously benefit from the high average selling price of its Threadripper CPU’s.

Before we get into the recommended motherboard list, let’s first have a look at the newest Ryzen Threadripper CPU’s:

As you can see, the AMD Ryzen Threadripper CPU’s is all about Core count. All the CPU’s share a common TDP of 18o Watts and 60 PCIe lanes for expandability. As you go down the ladder, the Core Count decreases and the CPU frequency increases.

In specific scenarios like gaming, you can be benefitted with the lower Cores, high-frequency count. However, it is recommended to go with the AMD Ryzen 7 1800x CPU instead, if you are only concerned about gaming.

The focus of these CPU’s is high-end Workstation class content creation, and 3D modeling workloads since these workloads scale well with more Core count than conventional games.

With the new CPU’s we get yet another CPU socket, the X399 platform. Unlike AMD’s other sockets, this one is using an LGA (instead of a PGA) socket. It means that the pins are on the motherboard socket, rather than on the CPU. This reduces the risk of bent CPU pins since it is now on the up to the motherboard manufacturers to secure them.

Here is a quick look at the Ryzen Threadripper X399 Platform: 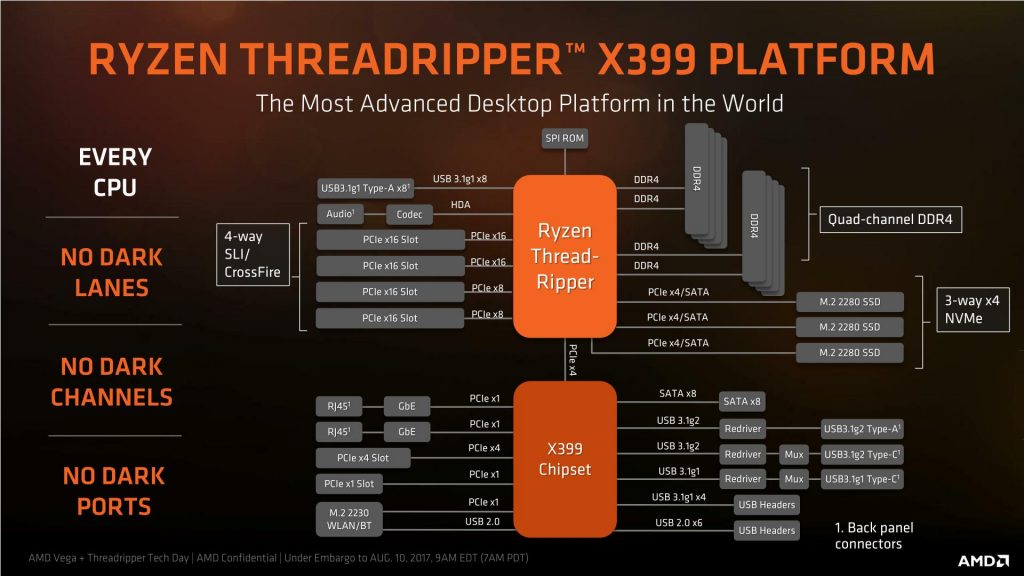 As you can see from the above image, it is possible to get a 4-way SLI setup along with Quad Channel DDR4. You get one channel for a pair of DDR4 modules. Then there are provisions for a 3-way NVMe storage as well. In addition to this, loads of I/O ports for maximum expandability.

Now, let us come to the list of motherboards which support this setup. Let’s have a look at our compiled list of the best X399 Motherboards for AMD Threadripper CPU’s. 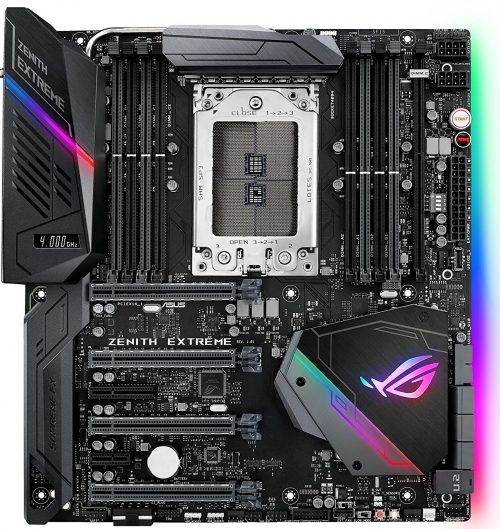 This Asus X399 motherboard is a part of the ROG Extreme series. A perfect choice for gamers and content creators alike. The built-in RGB LED’s adds additional eye candy to your custom build. The vast number of I/O ports ensure that it uses all the available PCIe lanes to its full potential. The specifications speak out for themselves, check them out below: 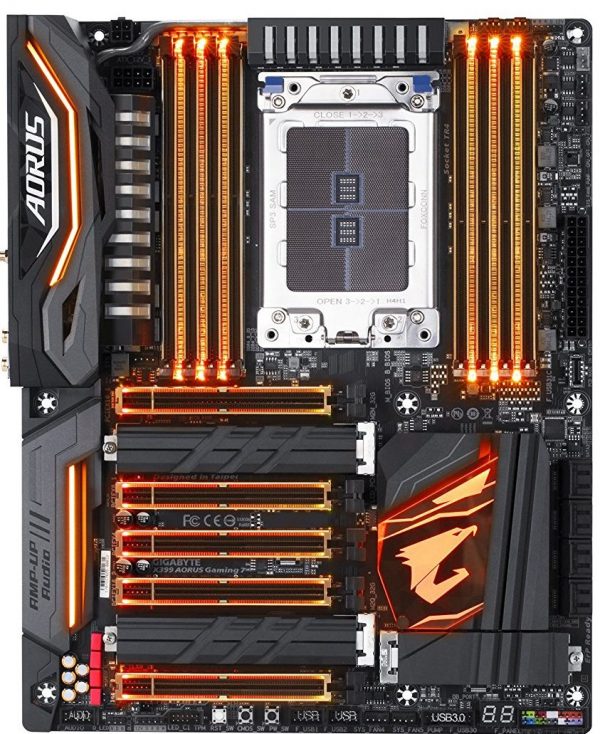 The GIGABYTE Socket TR4 X399 is a part of the “AORUS-Gaming 7” series. You can expect flagship performance from this motherboard. While it lacks RGB LED’s, the DIMM slots do light up, if that’s a thing for you. With Dual-Band 801.11 AC and Bluetooth built-in, you have connectivity out of the box for your smartphones and gadgets. Check out the specifications below: 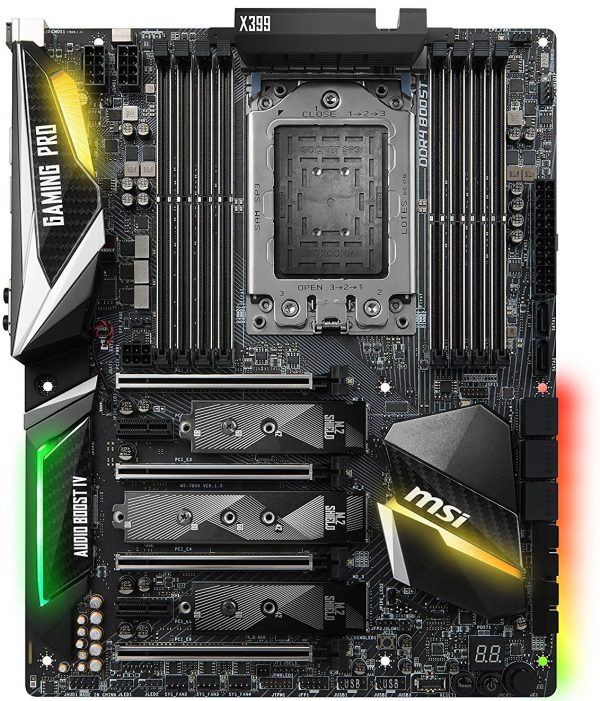 The MSI “X399” GAMING PRO CARBON AC comes with support for AMD Ryzen Threadripper CPU’s at launch. Comes with built-in 16.8 million mystic colors with support for 17 effects controlled using software. Just like the others in the list, 3 M.2 slots should give flagship performance in Windows 10. See the high-level specifications below: 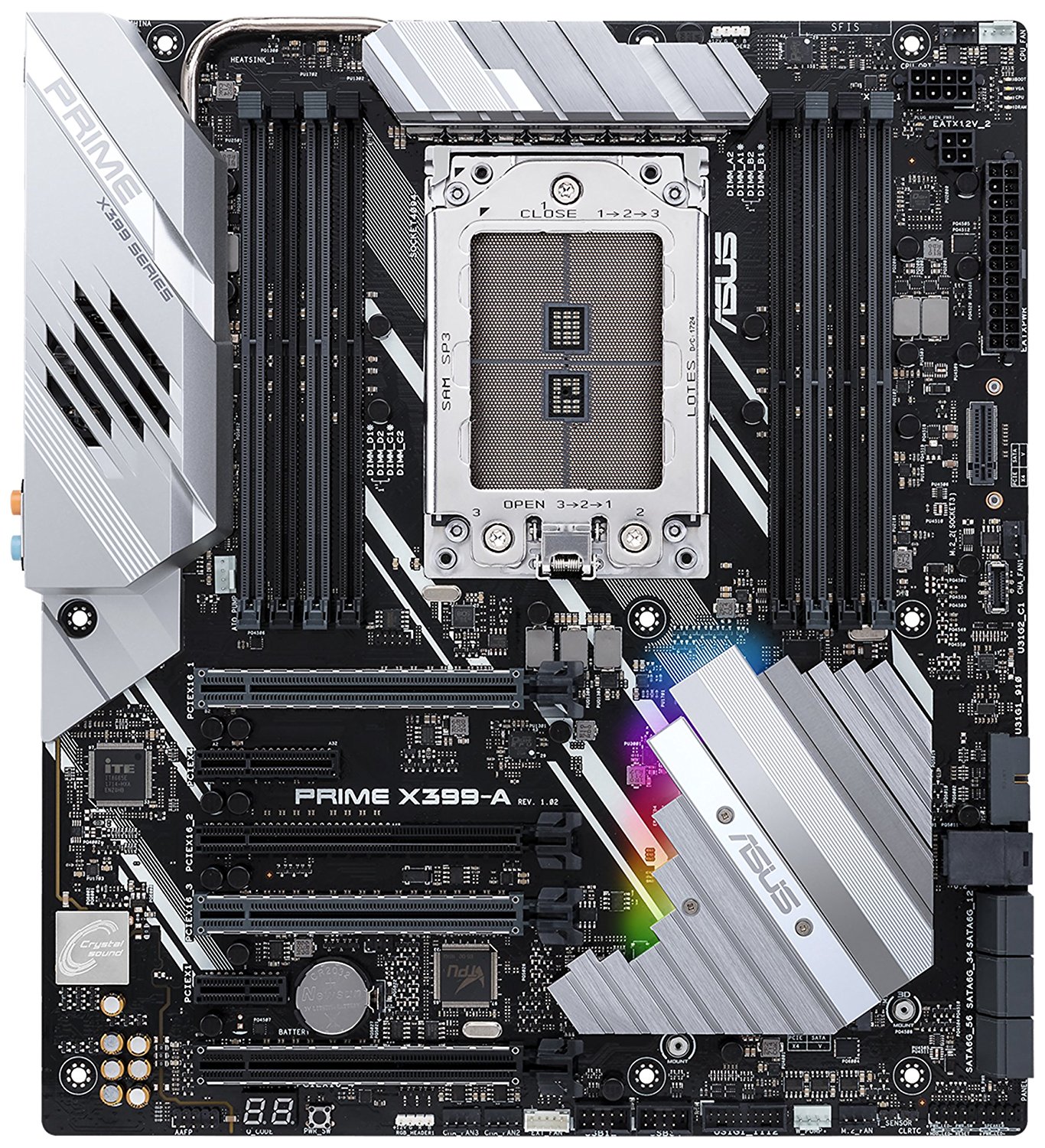 Since it is already on this list, we know that it is meant to be powered by AMD Ryzen Threadripper TR4 processors. It features 5-way optimization feature with Autotuning and FanXpert 4 support. There is triple patent pending safe slots. Moreover, it has impressive eight-channel HD audio coded from Realtek. Overclocking is made simple with the one click overclock feature. This utility will also allow you to control the cooling profiles for your rig, without directly accessing the components. Here is a quick look: 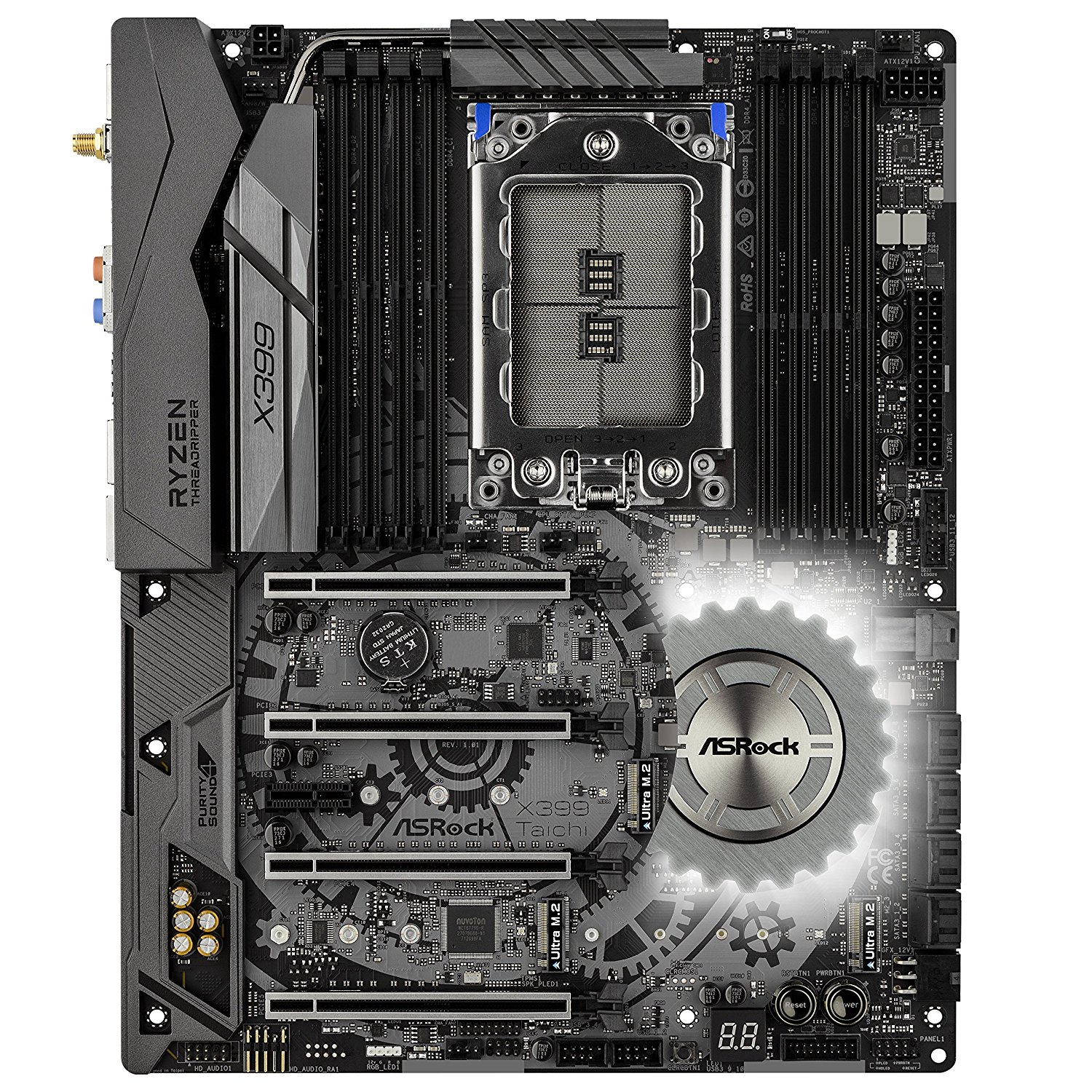 It is the impressive motherboard with a bunch of handy features to take advantage of if you know how it is done. The layout is elegant. There is enough space between components that is a must for an AMD Threadripper build. This board is highly recommended for anyone going for a Threadripper build since there are not many TR4 motherboards available and this is one of the best with all the impressive features. You are not much likely to face booting or firmware issues once you update the BIOS on install. The following table summarizes the specs:

The ATX form factor makes it standard for most types of build. The installation is pretty simple as it is perfectly suitable for wide range of cases. Despite being from small form factor family, all connectivity interfaces are pretty neatly and properly placed on the board. As far as durability is concerned, most of the components are pretty solid, or at least better than those offered by any other motherboard in this price range. It comes with RGB lighting for an appealing look: following is a quick look at features: 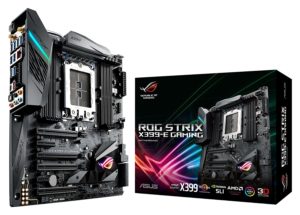 It maximizes the performance and speed of DDR4 memory. Like Asus Prime x399-A, this Asus product also has 5-way optimization feature that consists of FanXpert 4 and auto-tuning. It makes overclocking really simple and also allows you to configure your cooling system dynamically simply with a couple of clicks. The PCIe slots on the motherboard are fully suitable for heavy GPUs thanks to the metal framing. It is equipped with Aura Sync RGB lighting that allows great personalization. Have a look at some important features below:

We hope to see more motherboard availability over the next few months. Also, support for the newer Threadripper CPU’s such as 1900 would be added shortly. A simple BIOS flash should do the trick.

We hope you like our article on the best X399 Motherboards for AMD Threadripper CPUs. For any questions or suggestions, drop us a comment below. Cheers!