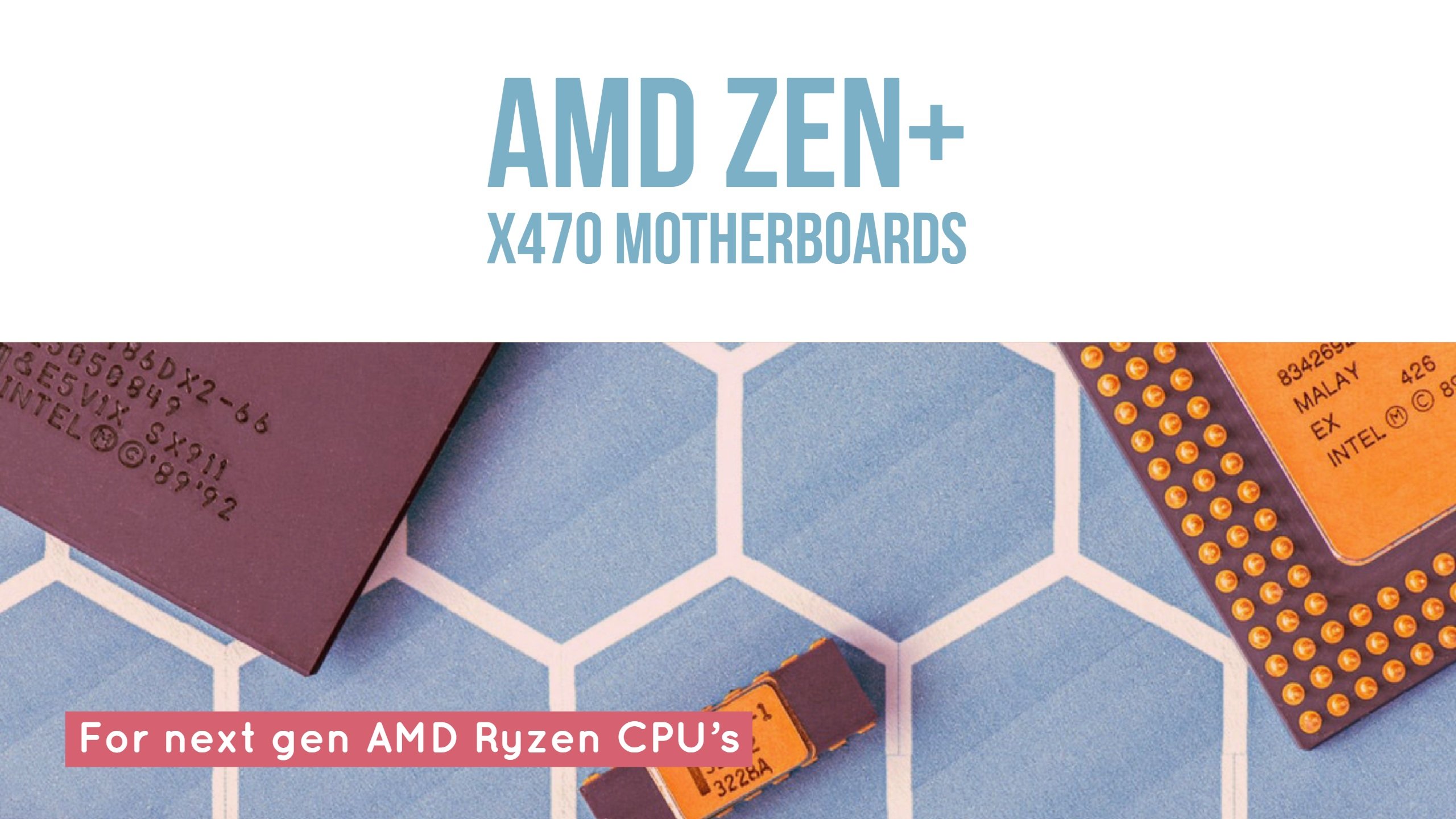 Recently, AMD confirmed April 2018 is going to be big for them as they are planning some big launches this year. There are not much technical details or model numbers revealed yet. However, the CPU war between Intel and AMD is going to be similar or even intense compared to what it was in 2017 as AMD’s new Zen + 2000 series Desktop APUs will hit the market shelves. These APUs are based on the entirely new chipset, the AMD x470 & the upcoming B450 chipsets. And definitely, they will require the new motherboard that supports the Zen+ CPU’s. 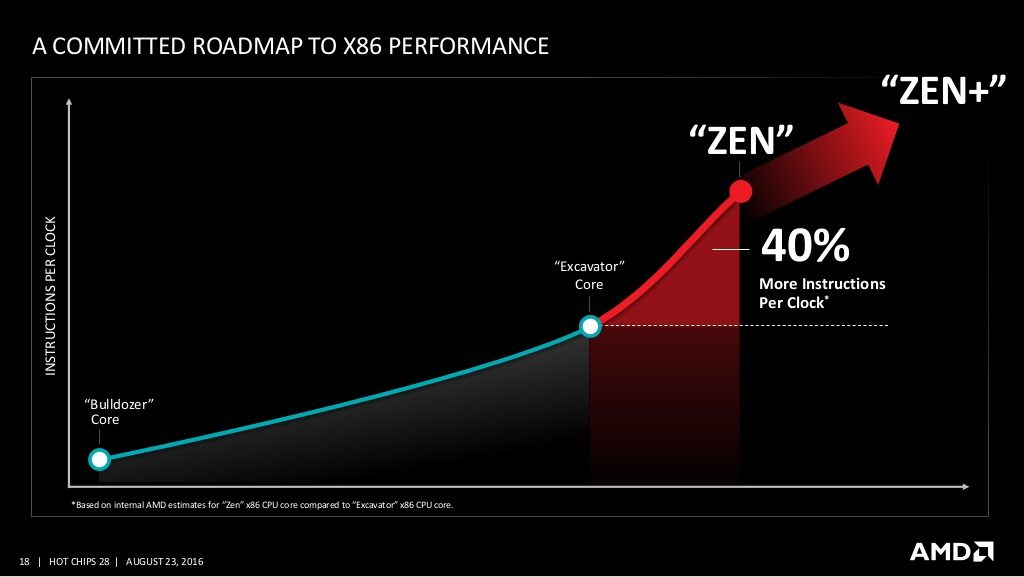 The new core dubbed as Zen+ CPUs would be based on the 12nm lithography process node from Global Foundries. As you can see from the above image, if we compare Zen+ to the current 14nm LPP part,  the new architecture is expected to deliver higher clock speeds and better power efficiency which will be an iterative update from the 1st generation Ryzen CPU’s.

So far Gigabyte is the only brand that revealed a motherboard based on AMD’s new x470 chipset. Here is a thorough review of everything we know so far: 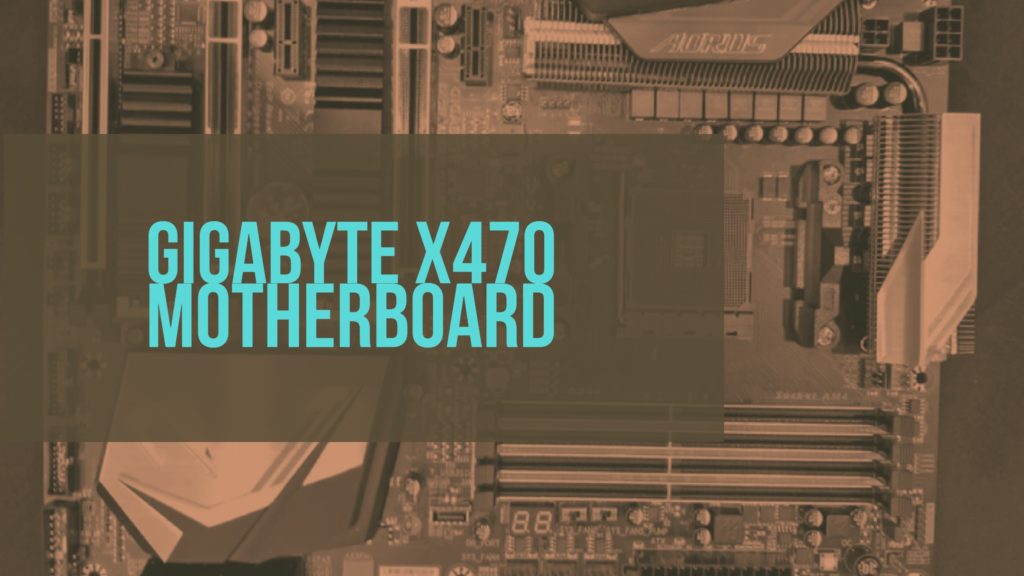 At CES 2018, Gigabyte showed off their new AORUS X470 Gaming motherboard. These motherboards are expected to launch in April along with the AMD’s Zen+ 2000 series desktop APUs. AMD declared that they would continue to support the AM4 until 2020. It means that 12nm Zen+ processors will support both 300 and 400 series motherboards and first gen Ryzen Processors are also cross-compatible with these motherboards.

Here are some little-known features we are expecting from this motherboard:

The complete list of AMD x470 motherboards are finally here, and we have listed them out below. We have them in order of recommendations like we always do. Here it goes. 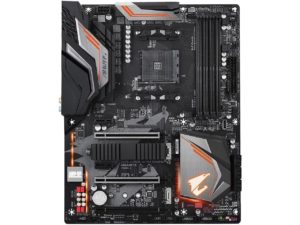 In case if you are planning to use it with an AMD CPU with integrated graphics, the motherboard provides an HDMI 2.0 Interface that supports 4096 x 2160 at 60 Hz of resolution. 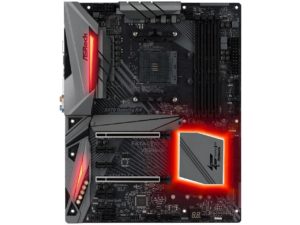 The ASRock motherboard never disappoints, and this one should fit in with enthusiasts just fine. With Support for all the Ryzen series of processors, this should help both gamers and content creators with high-performance computing. Specifications below: 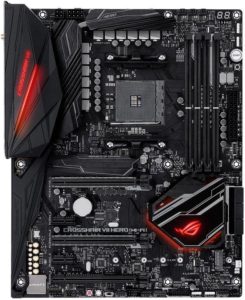 The Asus motherboard is rock solid and is in line with gaming product portfolio. It comes with all the goodness which you can expect from Asus’s ROG line of products. With top end specs, you can get the best performance out of your Ryzen processors.

One of the top end motherboards under the AMD X470 family, it comes with inbuilt WiFi and Ethernet connectivity options.

The spec sheet reads as here below –

Check out the specifications below: 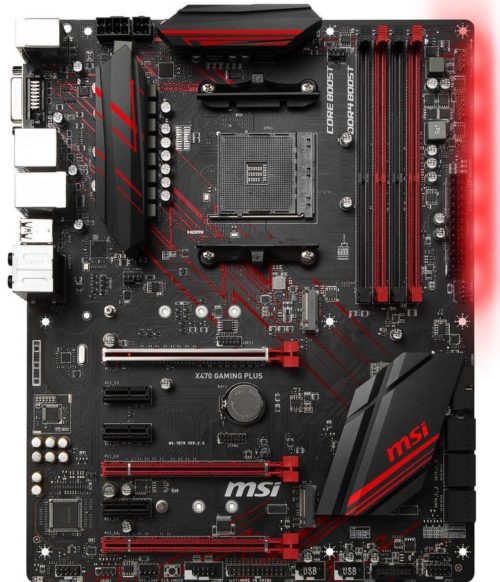 The motherboard comes under the mainstream category and would be available in an affordable pricing bracket. In fact, it would be what would suit Ryzen 2600x or 2700x much better for budget users.

Want to check out more features? Why not visit the official site at https://www.msi.com/Motherboard/X470-GAMING-PLUS

The MSI offering is a mid-ranger that should be good for most gamers and enthusiasts looking for a full-sized ATX motherboard. Check out the specifications below: 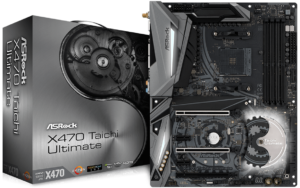 The motherboard is a little high end in terms of functionality and pricing. They are the best suited for the PC enthusiast.

The features would read –

You may find more information on the official website.

Looking for a mainstream motherboard for your AMD Ryzen processors? The Asus Prime X470-Pro can be one of the excellent options for you.

Here is the spec sheet for the product –

Asus TUF X470-Plus Gaming motherboard is the specific variant of the above motherboard. The series has been a well-known name for the durability and gaming excellence.

The spec sheet reads as below –

The Ryzen series of chipsets are expected to be smaller enough. However, it has been claimed by AMD that they will be utilizing the same sockets as the previous series. AMD is hoping the OEM’s to release new parts from time to time based on these new chipsets. It is supposed to support the 2000 (and the older ones)  series of Ryzen processors. With the stipulated time frame market at April 2018 – we are hoping the motherboards to be available already through the respective websites.

It houses the same socket as 300 series motherboards. Moreover, the chipset footprint is quite similar as well. Thus, we are not expecting a bulk of BIOS updates as we experienced during initial launch of Ryzen processors. AMD declared that these x470 motherboards would be launched alongside the 2000 series Ryzen Processors in April 2018. For further updates, make sure you subscribe us. If you have any queries or suggestions, please feel free to use the comment box below:

Best Budget Gaming Mouse Under $100 High DPI from Logitech & Others