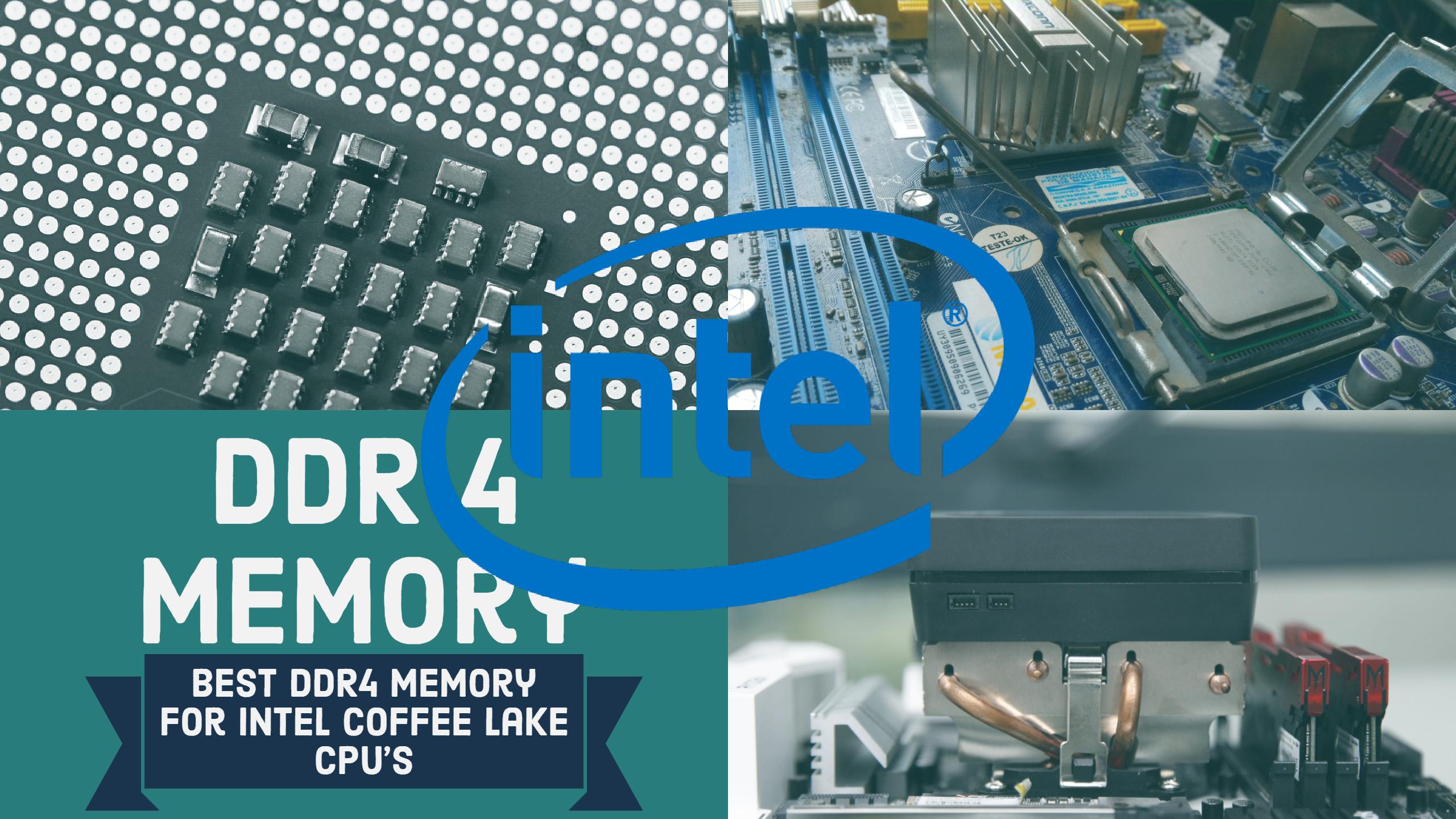 Intel moved forward the release of its 8th Gen Core processors, codenamed Coffee Lake with a purpose. The purpose was to spoil AMD’s party with Ryzen CPU’s success. Intel for the first time released a pair of extra cores for each lineup. The dual-cores became Quad’s and the Quads became ‘Hex’ and so on. The performance improvement was a tangible 20-40% improvement over its predecessors, the 7th Gen Core processor family a.k.a “Kaby Lake”. If you have decided to go with it, you would probably need the best DDR4 memory for Intel Coffee Lake CPU’s.

Intel Coffee Lake CPU’s now officially supports the DDR4-2666 in dual-channel mode, running at 1.2 Volts. Unlike the Skylake-X or the Haswell-E HEDT platforms, which supports a Quad channel memory setup, the Coffee Lake only supports two. However, if you go with a high-end Z370 motherboard, then you can probably go with a DDR4-4400-4500 or a 4600 @1.5 Volts. To ensure that your motherboard supports this, do check with the official supported DIMM’s from the manufacturer’s website.

G.Skill was quick to release their Coffee Lake optimized DIMM’s under the Trident Z brand. However, do note that these DIMM’s are identical to the regular DDR4 ones, except for the ‘tRAS’ sub-timings which might not affect anyone except for overclocking scenarios. So, let’s us get right down to business. Check out our compiled list!

The fastest ones that you can buy for the Z370 platform would be a DDR4-4266 (Trident Z RGB) that is expected to release towards the end of the year. However, the DDR4 market has matured over the years and a lot of high-performance unbuffered DDR4 DIMMs that are already available in the market. Let’s check them out!

Originally released for the Z170 boards, it works well with the current generation Z370 boards as well.

It is outfitted with RB lighted modules that allow you to manage the appearance of your rig and make the memory module match up with other components and overall rig. Comparatively substantial dissipation surface area is there to deliver high thermal throughput, making the RAM suitable for high overclocking. Besides this, leading ICs and custom PCBs are there, taking the overclocking to whole different level. Automatic overclocking is possible through XMP 2.0 support. Here is a swift look at specs:

Corsair Vengeance series DIMMs are uniquely produced to match the overclocking abilities of latest motherboards. The DDR4 form factor is optimized for contemporary platforms including x399 as announced by Corsair not too ago. Besides the performance, they come in plenty of colors to match your rig theme. It supports XMP 2.0 so that you can avoid the hassle of manually pushing the frequency; it gets highest possible performance automatically. Despite using a customized aluminum heat spreader, they can fit in a relatively limited space. Following are some specs: 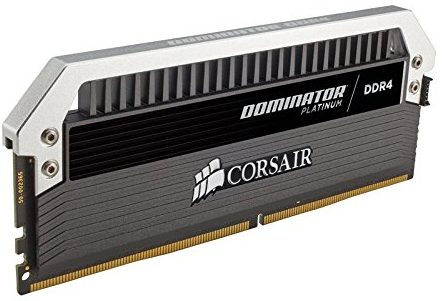 Thanks to the advance NAND used, the memory is highly overclockable. It is uniquely designed so that heat is taken away quickly and lower temperature is maintained. It has an arbitrary light bar and dominator airflow fan with LED light so that the RAM fits in your theme easily. It is capable of delivering high frequency and bandwidth at lower power dissipation with most of the modern motherboards. Automatic overclocking is possible thanks to XMP 2.0 support. You can monitor the temperature constantly and manage performance and stability according to that. No wonder, that it will rock it with Intel Core i7’s. 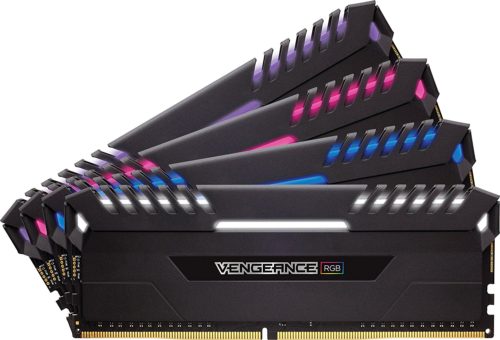 It is very same in looks, with the same brilliance and integration options to the RGB 3200 MHz discussed above. However, we can say that it is the updated version of the former when it comes to performance. The speed of this memory stick can go as higher as 3200 MHz when configured properly. If you are into PC ingredients and know a little about Intel chips, you may know that these CPUs prefer speed over overclocking when it comes to RAM. Thus, you can go for a 3200 MHz one if you feel like without worrying a bit. Here is a quick look: 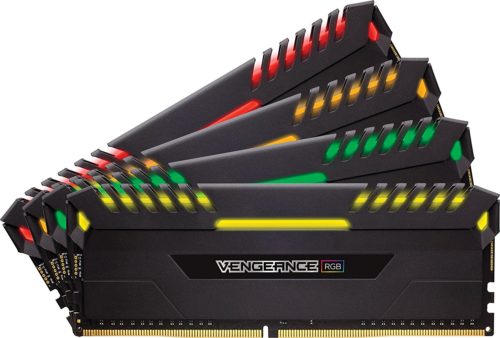 RGB models from Corsair’s Vengeance series offer a wide range of color arrangements options so that you need to bother least about if the RAM matches your Rig’s theme or not. The lighting is fully programmable. Besides looks, its top notch in performance as well. If configured properly, you can achieve full 3000 MHz of speed. It helps memory monitoring and can be fully integrated with other Corsair RGB products for matching lighting. To maintain the performance and stability of the rig, you can let it automatically select best overclocking settings first then manually overclocking it. Here are some specs: 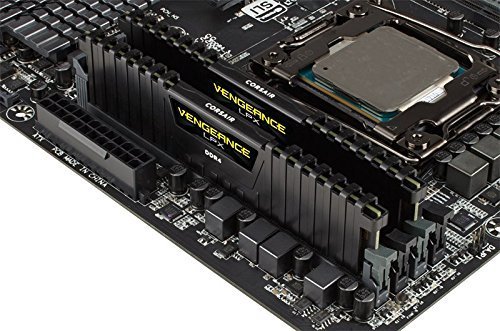 If you are thinking to use massive heat sinks for your CPU chips, the high of the heat spreader on this RAM is going to be your friend. Don’t get dread if it fails to deliver full 3000 MHz right from the beginning. You would need to do some tweaks for every component and in the BIOS settings before getting it all set for 3000 MHz. Seldom it’s your BIOS that need to be updated. Speaking of the performance, it is up to the par with most of the Corsair Vengeance LPXs. Since it on Corsair’s list of compatible DDR4 RAMs, you should least worry about the compatibility. Here is a quick spec overview:

G.Skill is about to make some enhancements to its G.Skill Flare X-RAM series for catching up with Intel’s Coffe Lake memory controller capabilities. Unfortunately, their products are not yet available, but we can expect a launch soon. Following are blueprints declared officially by G.Skill: 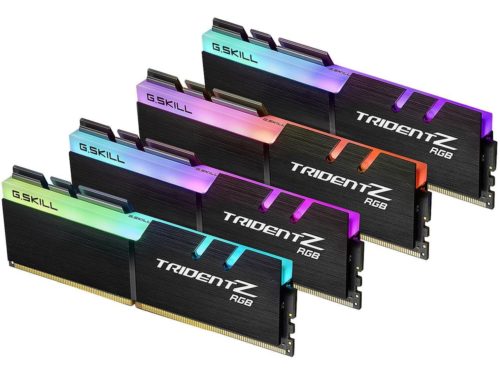 Like I mentioned earlier, Intel CPU’s are sensitive to speed over overclocking capabilities. Thus, what can be better than a 3600MHz DDR4 SDRAM? The latency of a CL17 is a bit long compared to the Corsair and G.skill products reviewed earlier. Looking at the speed, it is delivering; it can be a good option for obtaining maximum advantage out of the capabilities of Intel CPU family. Following is a quick look: 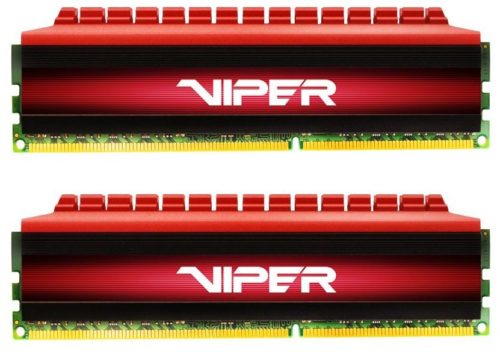 Once again, this RAM contains high-speed for a bit high latency time. It is what all the CPU requires, isn’t it? Talking about the performance, it delivers heck a lot of speed than any other RAM we have addressed today. It configured the BIOS and other stuff properly; you will achieve the full 3733 MHz easily. Following is a quick overview:

We expect the Z370 platform to mature over time with BIOS/EFI updates to fix some of the memory compatibility issues that might occur with the Ver. 1.o motherboards. Till then, you can safely consider the ones that we have listed out.

We hope you like our list of the Best DDR4 Memory for Intel Coffee Lake available on the market. For questions or suggestions, please use the comment box down below.

Best Mechanical Keyboards Available In India Between Rs 3000 To 10000