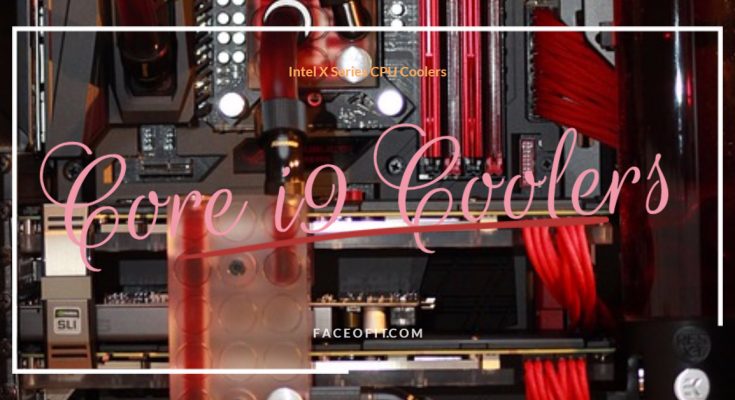 Are you looking for CPU coolers for Core i9 processor? It’s not been so long since Intel proudly revealed their X series processors and unveiled the ultimate beast named Core i9 and i9 HETD CPU family. Talking about the i9-798XE, it features impressive 18 cores, which is most for any Intel processor produced so far. Moreover, it comes with 36 threads. There are other variants as well. Anyways, we are not going to go deep into the details. However, one thing is clear that these are the most superior processors at the date.

With power, comes the extended amount of energy consumption and ultimately increased the amount of heat. As the processors are potent, most of us are eager to pair it with top-notch hardware components [GPU, MOBO, RAM sticks, etc.good] to assemble an ultimate rig. However, if you are even a little bit experienced with this stuff, you know that such build will generate an extensive amount of heat.

Thus, you will require high-quality CPU cooler for maintaining the temperature of your precise CPU chip and protect it and other components as well. It is not that hard to find a perfect cooler as we know that i9 processors are socket 2066 and x299 chipset based. So all you have to do is to pick a cooler that is compatible with 2066 socket type.

To make your work easy, we have compiled the list of top air coolers for Core i9 Intel processors. Have a look: 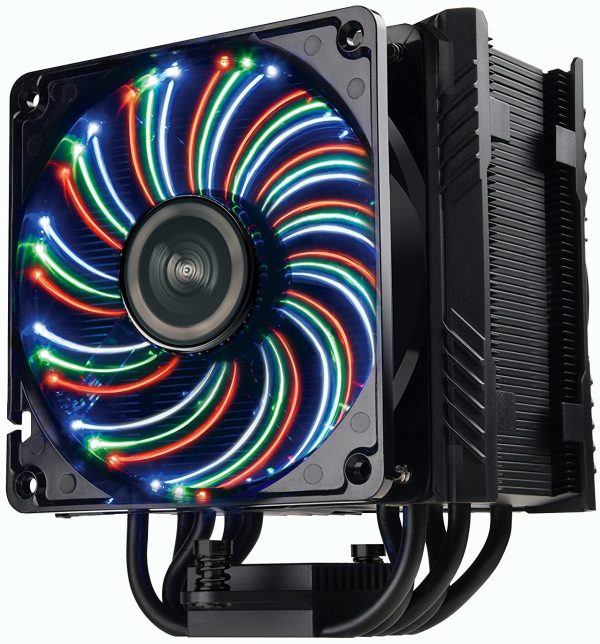 The build quality is solid and well made. Black color makes it suitable for almost any build with any color scheme. You can set the fans on silent mode through the BIOS, and it will run quite in most of the situations. White LEDs in this unit, unlike rest of the white LEDs, are bright enough to look attractive. The mounting and dismounting [for maintenance, of course], is pretty simple. Simply press a button to change LED scheme or turn them off. Finally, it is more durable compared to the liquid cooler. The only flaw is that it is a little bit heavy and bigger too.

It is a cool looking cooler with gorgeous RGB LED. The build quality is decent, and it is ideal for tall tower type setups as it possesses a suppressed design. Even when the fan is running at max, it rarely gets too noisy. Manufacturer states that it is compatible with 2066 socket (which means with i9), but we are not sure about performance. It works great with an overclocked i7 so we can expect the same performance on base i9 too. 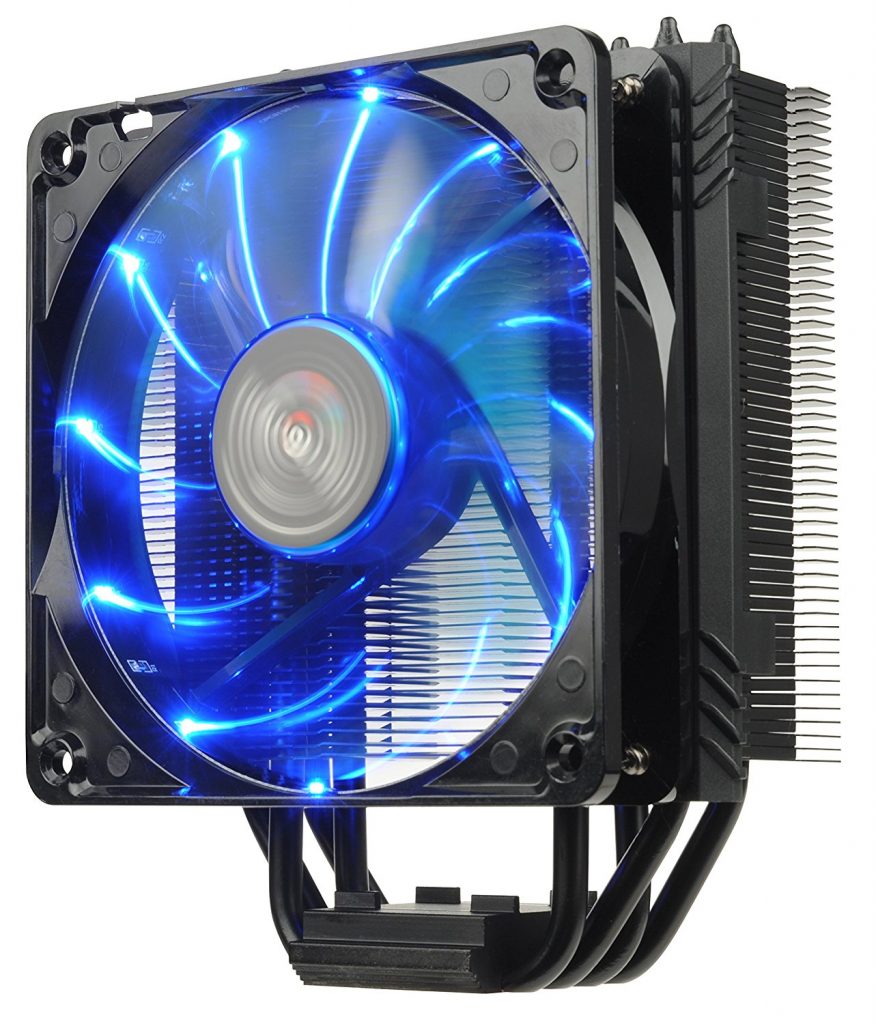 Despite being large, it is a well-made unit. It fits in different color schemes easily. Talking about the performance, it works to get, and the fan hardly makes any noise as far as in silent mode. The installation is simple; however, you will need an extra long screwdriver. If you liked T50A above in the list, this one could be a great alternative to a slightly lowered budget.

Amazon doesn’t specify if it is compatible with LGA 2066; however, Arctic’s website does, so stop worrying about it already? You are getting worthy performance in return of the price being paid. It decreases the CPU ambient temperature as much as 3 degree Celsius, depending on your system. It gives tough competition to many liquid cooling solutions regarding performance and size. Many users report of using it with i7 sockets. 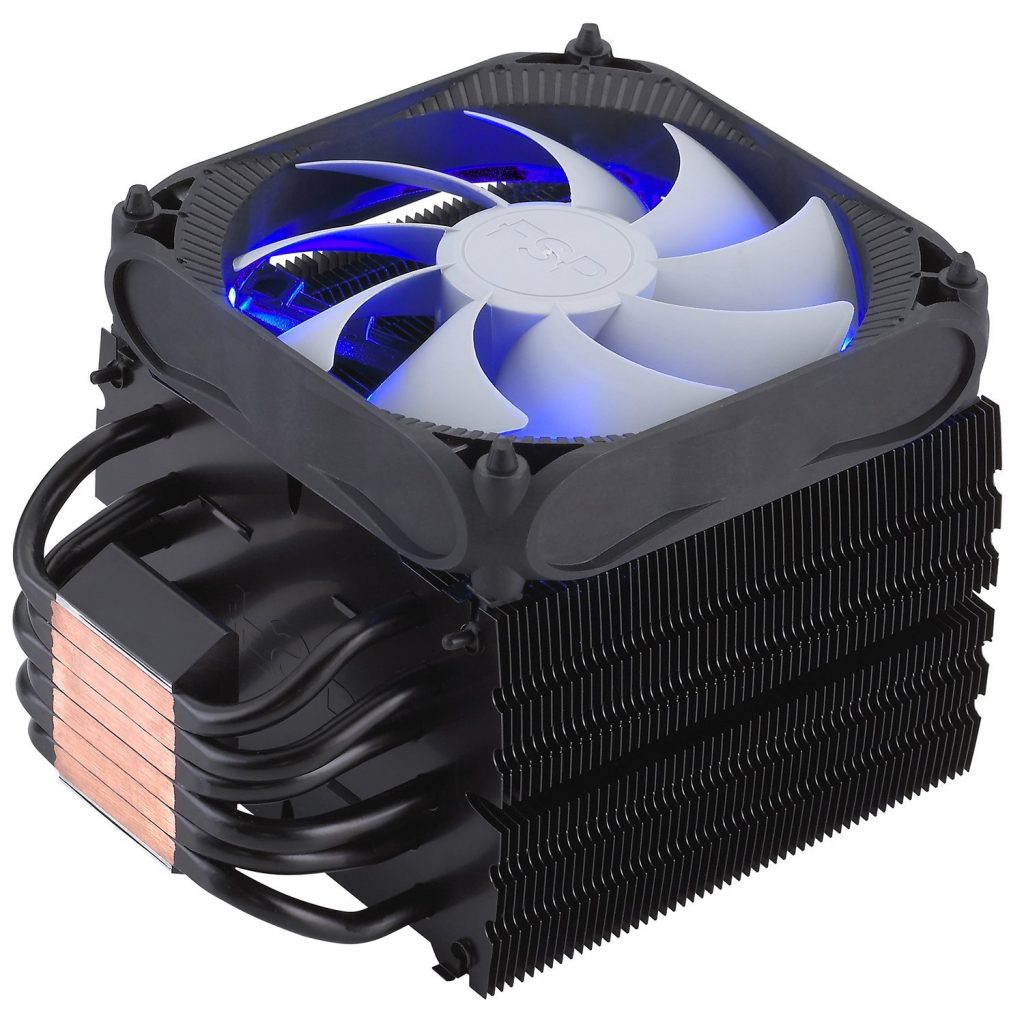 Don’t get afraid by just looking at stated noise level as the fan would only touch it at extreme peak moments that are less likely to occur with the best-named core i9. Since it has a blue LED, it is perfect for a blue colored build and also for adding up the beauty of a black and white build. Talking about the performance, it is good enough in return of this price tag. 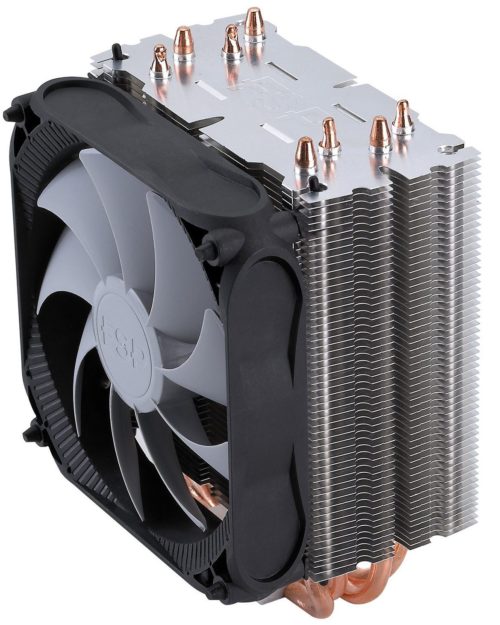 After FSP Windale 6, this one is the best CPU cooler from FSP that we would recommend using for LGS 2066 socket. Enhanced cooling performance is delivered as the direct eat pipes are there for conducting CPU dice. Heat pipe ventilation capacity is even enhanced by using solderless louver fin assembly. For making it compatible with latest socket layout from both Intel and AMD, it comes with a universal mounting bracket. The 120mm fan remains silent most of the times during medium loads. It has rubber stripes to absorb the vibrations generated by the fan. Here is a quick overview: 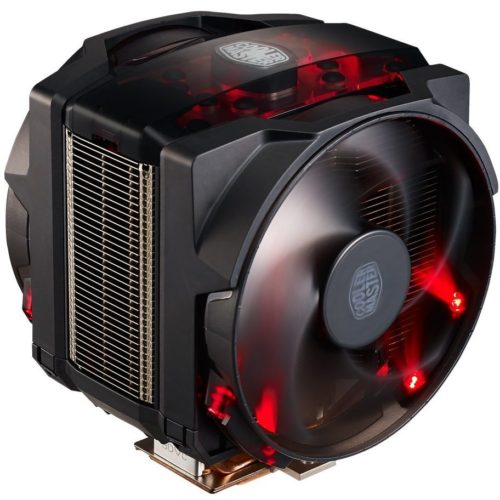 The 3D vapor chamber is currently the most advanced technology when it comes to air-cooled CPU cooling solutions. It provides extra protection for your valuable components. This cooler is equipped with eight heat pipes offering up to 250W TDP. Cooling is made more effective with extra wide heat sinks. It comes with two Silencio FP fans. These fans feature silent driver IC technology that is exclusive to cooler master products. It helps the fans to remain silent in high-pressure situations. It comes with two interchangeable top covers, one made of aluminum and one transparent fiber. It supports both 140mm and 120mm fans. Here is a quick look: 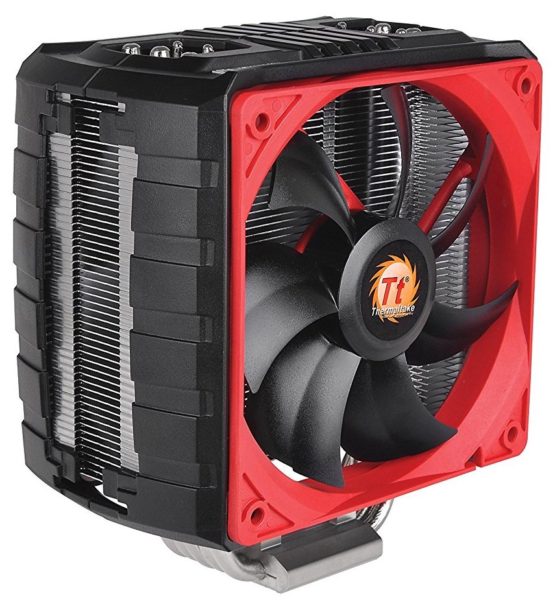 Since this cooler support a wide range of sockets both from Intel and AMD with 230W support, it is quite ideal for people who are into overclocking. It is equipped with 120mm fans, both with manual speed control, allowing you to choose fan speed between 1000 to 2000 RPM. High-end RAM heat sinks are used for delivering cooling performance with clearance. The heat pipes used in the cooler have nickel plating, which highly enhances the heat conductivity. Back air resistance is restricted as it uses curved aluminum fins. It results in improved airflow. Following are some important specs: 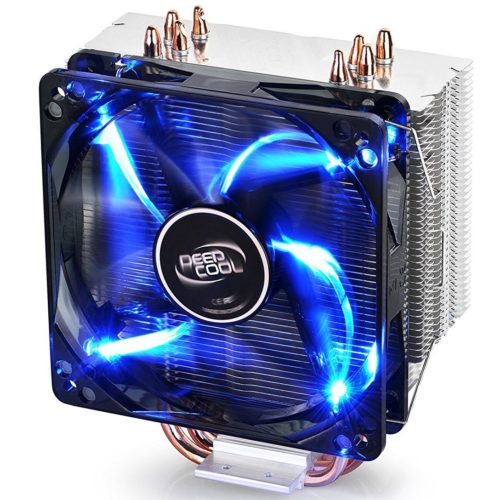 With the comparatively low price, the cooler is quite appealing in looks with the blue LEDs on the fan and delivers optimal performance as well. It is equipped with four sintered powder heat pipes with direct contact to CPU surface. It restricts any thermal resistant and maintains constant conductivity, thus increasing the efficiency and performance. It also supports an optional second fan that you can easily add using the extra fan clips provided. Along with solid copper-made heat pipes, the aluminum fins help the cooler in improving the performance. Here is a quick look at some important specs: 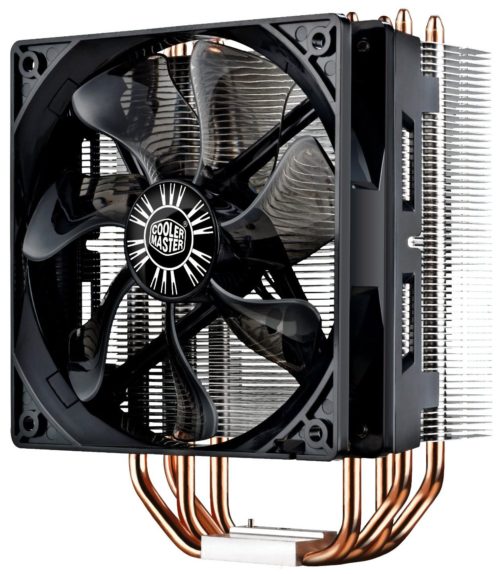 It delivers a well-balanced heat optimization in a considerable price range. Both in low and high load and speed operations, the fins handle the heat and airflow with pretty ease. It is equipped with four heat pipes that have direct contact with the CPU surface for better heat conductivity. It has a 120mm PWM fan with unique blade shape for impressive airflow. It is perfectly suitable for the AM4 socket by AMD with the additional bracket available. Following are some important specs to look at: