If you are looking for a robust liquid cooling solution and is confused between the Thermaltake Floe Riing 360 vs Corsair H150i, we are here to help!

Following the principles of Moore’s law, our CPUs have become way more powerful and performance intensive than they used to be. Increased system performance leads to more power consumptions and ultimately leads to more heat generation. This makes it necessary to have a reliable cooling solution to avoid over-heating situations and unexpected system shutdowns (breakdowns) during peak performance moments. Stock CPU coolers are never a better option these days. They cannot handle your system even if you are running on base frequency, especially in warmer climates like India.

There are two types of CPU coolers available: Liquid and air, both of which outperform stock coolers. However, which one is right for you? To keep it short, liquid coolers outperform air cooling solutions in various factors when it comes to performance. However, your decision may vary depending on multiple other factors such as your requirement, budget, and looks of course. I.e., there is no point of buying a liquid cooled system if your CPU heat is below what we call extreme heat. So we will leave that decision up to you.

Coming to the topic, in this post, we will be discussing two of the most popular and mighty CPU cooling solutions available out there from Thermaltake and Corsair. Both of these are liquid cooled CPU coolers. They are as follows:

We will go through both of them one by one and discuss their technical specifications along with various additional features they offer and the technologies they use. So that you can determine which one suits the best for your next big build. So without any more delay, here we begin: 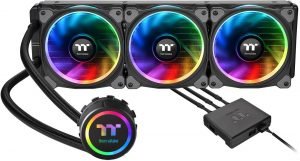 This liquid cooler is the first of its kind in the world, as it comes with 16.8 million color selection, three 120 mm riing plus RGB fans and waterblock with LED as well. This Thermaltake water cooler series offers impressive quality both in looks and in performance as well. The CPU cooling is enhanced even further thanks to the larger surface radiator than the average. It is backed by a high performing pump and water block duo. The LEDs featured on water block, and fans can be addressed individually. TT RGB PLUS Software with AI interactive voice control can be used to tweak these lights whenever you want to. This software also provides monitoring features so you can track fan performance and CPU temperature in real-time.

Following are some specs and specifications, which will give you a better idea about what Thermaltake Floe Riing 360 water cooler has to offer.

It is an intelligent ecosystem for PCs. It combines addressable RGB lighting with patented RGB PLUS software to control the lighting. This software provides limitless possibilities for controlling colors. You can sync the lighting scheme with your games, music, CPU temperature, system performance. Moreover, it also allows one to sync the lighting with other products supporting RGB+, which consist of case fans, VGA water block, AIO CPU coolers, PSUs, LED Strips and other such components. The software provides full control over light modes and colors, fan speeds, light brightness, along with support to AI voice control from iOS or Android devices.

All products with “Thermaltake RGB plus” are capable of connecting with the Razer Chroma Ecosystem. This allows you to enjoy synchronized gaming and lighting experience both on the cooler and the gaming gear. It will manipulate the cooldown timers, health bars, ambient lighting and much more to deliver a perfect lighting scheme for each of your games with customized profiles. The experience is immersive as it transcends the screen and the entire setup.

It also supports taking advantage of Amazon Alexa voice service. You can control all the manipulative options and settings by talking to an Alexa enabled device. You can also set lighting to replicate current weather conditions in your area by telling Alexa to do so. Pretty cool, isn’t it?

The Thermaltake Floe Riing 360 features a high-pressure fan with 16.8 million color LED rings. It consists of 12 addressable LEDs, which can be controlled using the patented software and mobile apps designed by the manufacturer. It comes with a large surface radiator of 360mm. This not only provides a broader cooling surface but also allows using 6x 120mm fans for added heat dissipation. The cooling is boosted with a copper base plate on the waterblock. The tubing is safe from any sort of electrical damage thanks to the sleeved cables. The pump is also of reliable and sturdy quality. It ensures maximum water circulation, helping the copper plate to remain cool most of the time. The loss of coolant is minimized by the low evaporation tube. Thus, Thermaltake promises this unit will not require a refill.

Thermaltake floe riing 360 ships with a digital lighting controller which comes with a DIP switch on the backside. It allows you to set up a number for each controller. This controller can handle up to 4 devices with single light control, and the software supports up to 16 controllers. The coding guide is included in the package, so it’s pretty easy to set up as well.

The Corsair hydro series h150i Pro looks beautiful with the dynamic multicolor lighting. It will quickly get mixed up with the rest of your build thanks to the pump head producing vivid lighting effects with vibrant RGB LED setup. This cooler also has magnetic levitation technology, allowing all of its 120mm fans to work at low noise and produce great airflow at just 25 dBA at full speed. The powerful hardware is backed with ease of control thanks to Corsair Link software. It allows you to control lighting, fan and pump speeds, and monitor system performance and temperature, all in one place. In zero RPM mode, fans will completely stop when they are not required. Maximum performance at minimum noise is achievable thanks to the modular pump controls offered by the Corsair Hydro Series H150i Pro liquid cooled CPU cooler.

Following are some specs and specifications, which will give you a better idea about what Corsair Hydro Series H150i Pro water cooler has to offer.

The Corsair H150i pro is all in one liquid cooler. The radiator featured on the cooler is wide than average. The 360 mm radiator is specially designed for reducing the noise while keeping the system cool on peak moments. However, Corsair made sure that the bulky look does not get the cooler to look ugly on your build. It adds a bold, stylish look, and the RGB on the LED pump is cherry on the top. You can modify the vibrant lights the way you want to match with the rest of your system.

The unit has three big 120mm fans, which is pretty enough to make it noisy even without the pump and radiators added. However, Corsair played it smart by implementing the magnetic levitation technology which reduces the friction between fan frame and actual fans. This not only puts less stress while gaining speed but also reduces noise even at high speeds. According to Corsair, these fans produce only 25 dBA noise on full speed at peak performance moments.

For added measures, it also supports Zero RPM mode. At times, your system might not need the fans at all like when in sleep mode, doing stuff in the background, etc. when the load on the CPU is really low. In such a scenario, the fans on the H150i stop entirely so the cooler won’t be making any sound at all. It automatically detects low temperatures and enters Zero RPM mode.

The Corsair Hydro Series h150i supports corsair link software. This software provides various control and monitoring features. You can control RGB lighting of all supported components, adjust fans and pump speeds individually and also monitor CPU performance, temperature and coolant liquid temperature. You can utilize this software to boost the performance while keeping the noise minimal thanks to the advanced and modular controls it offers over Pump, Fans and overall unit.

We hope this post helps you to understand both of these liquid CPU coolers and what little differences they have. While both of the coolers fall in similar performance bracket, I would give +1 to Thermaltake for how beautiful their product looks when fully set up. However, we will leave the decision to you as only you can know which one fits best for your requirement and budget. If there is any doubt you want to clear or suggestions you want to make, feel free to comment down below or contact us directly. Make sure you subscribe to Face of It for regular tech updates. Thank you, See you until next post! 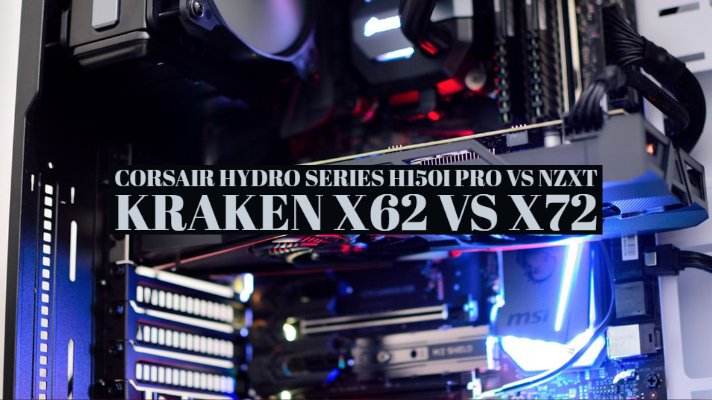 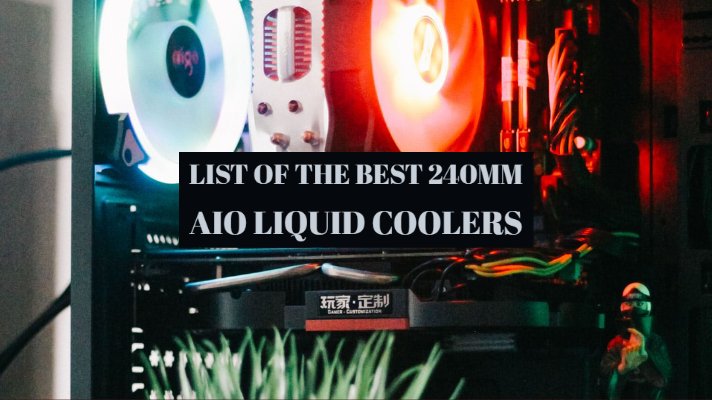 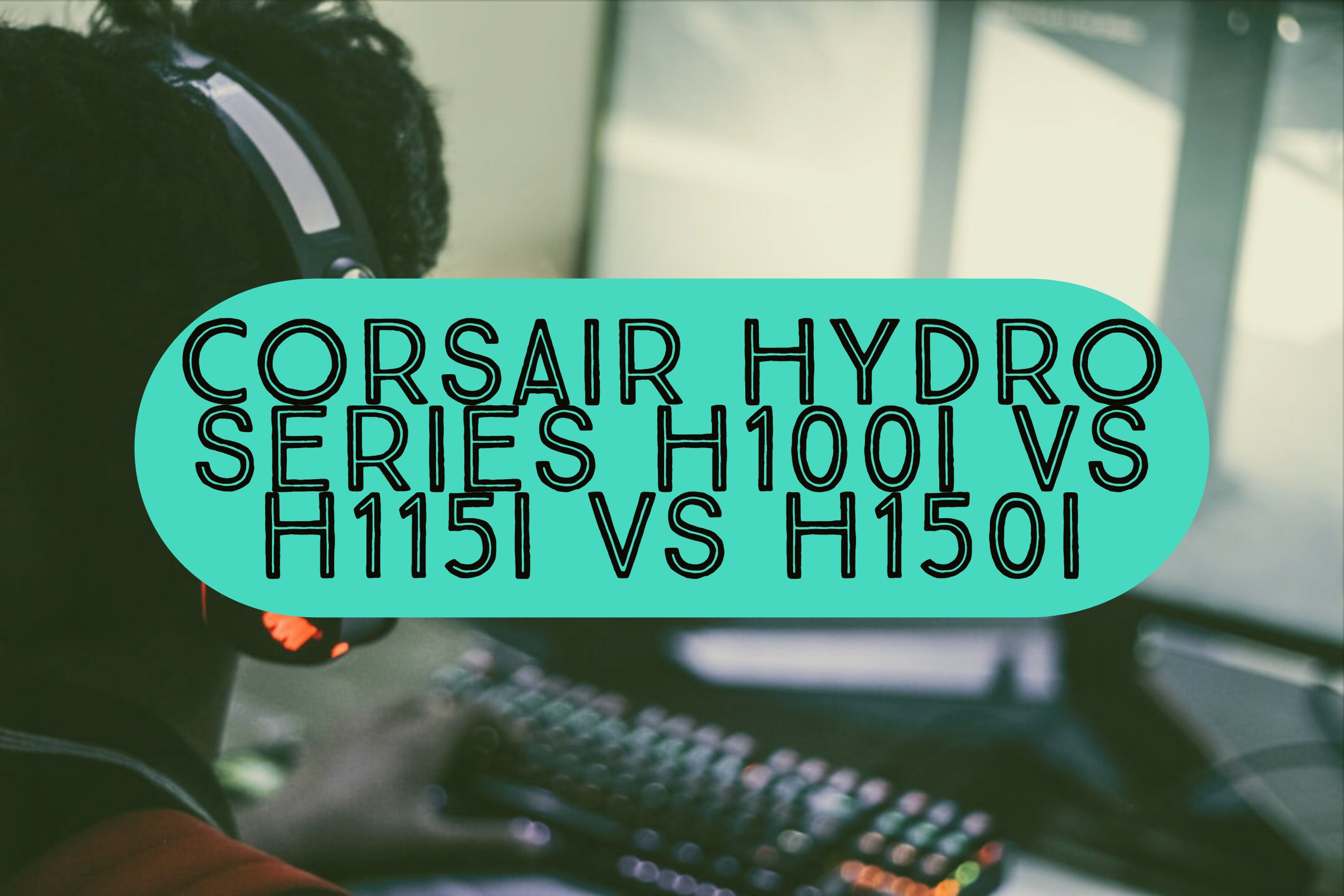 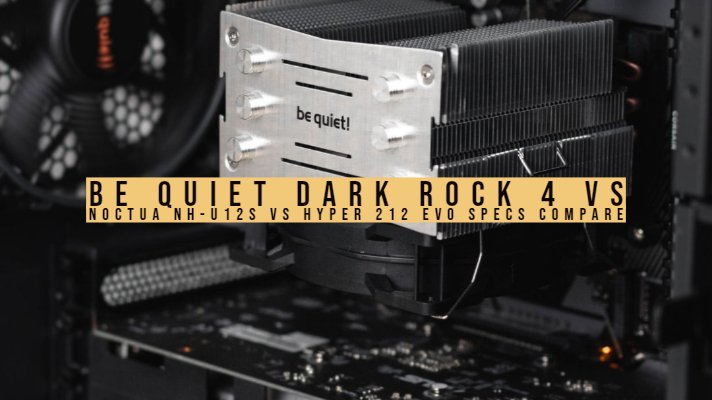 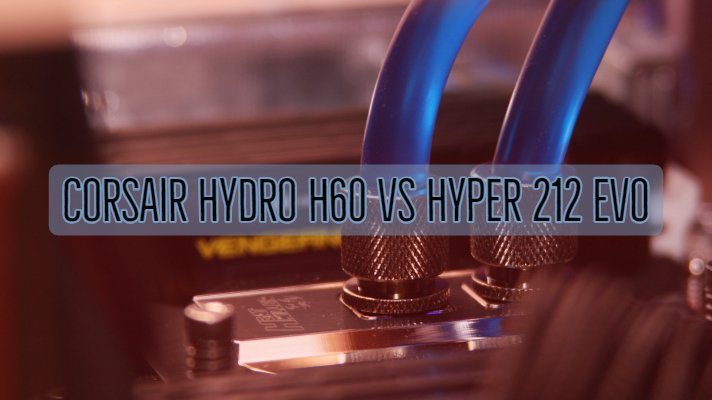 Are you looking to buy a CPU cooler? Are you confused between liquid and air ...
By IG
February 21, 2019