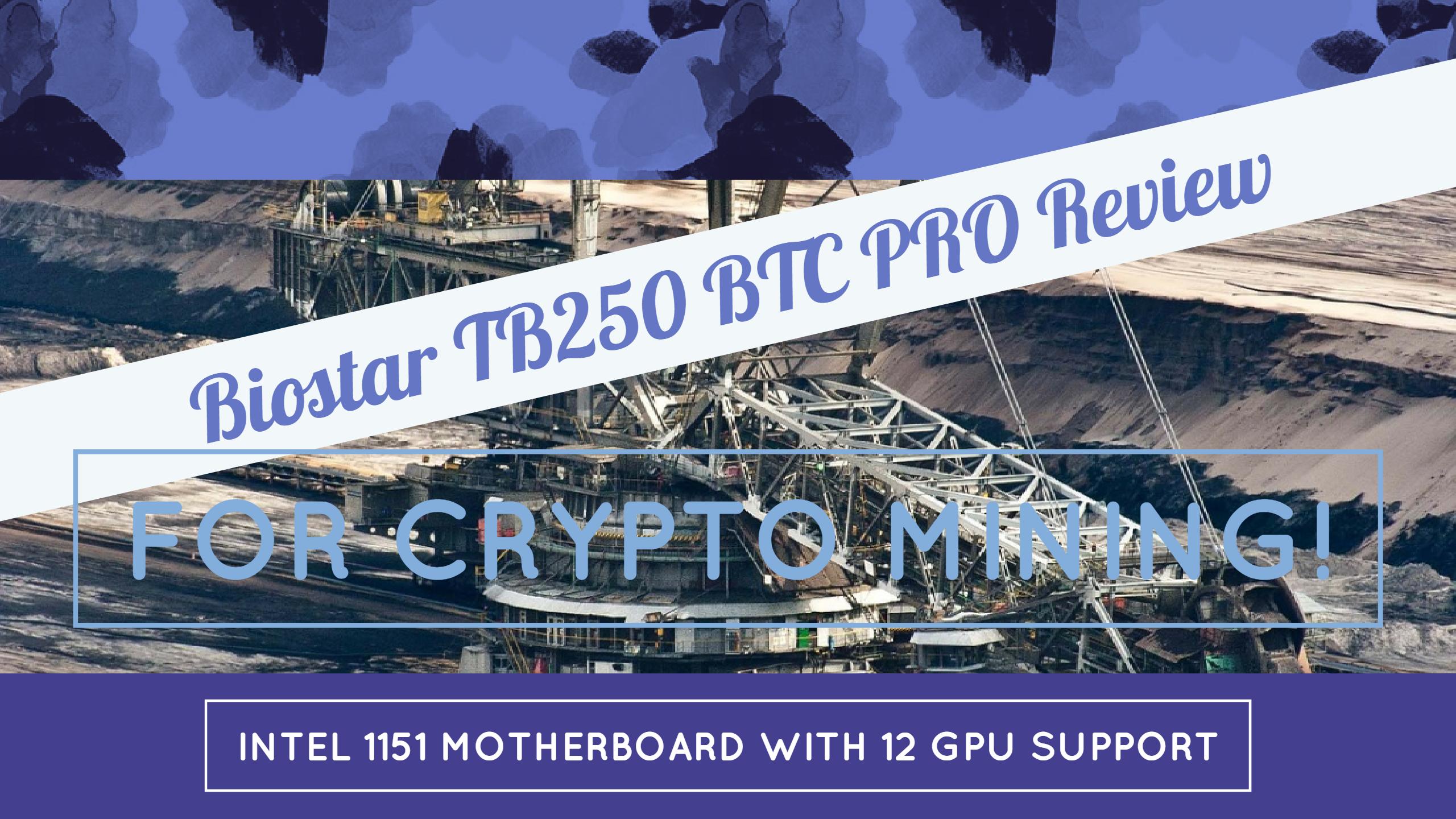 In this post, we are going to do a quick Biostar TB250 BTC PRO Review of its specifications. The Crypto-currency mining market has been revitalized, thanks to the sky-high cryptocurrency prices with double-digit growth. GPU assisted mining has been the common cost-effective way of entering the Crypto-currency market. BIOSTAR has been delivering innovative products in this field that encouraged many practitioners as well as investors in formulating platforms for this business. BIOSTAR after the H81A & TB85 series has been favorited by the mining community for its balance of price and scalability extending support of up to six graphics cards for highest motherboard utilization.

After an initial demo at Computex 2017 with 6 GPUs, Biostar released the TB250-BTC PRO which happens to be the world’s first motherboard that can hold up to 12 graphics cards concurrently. It helps in allowing 200% increase in motherboard utilization and more ROI. 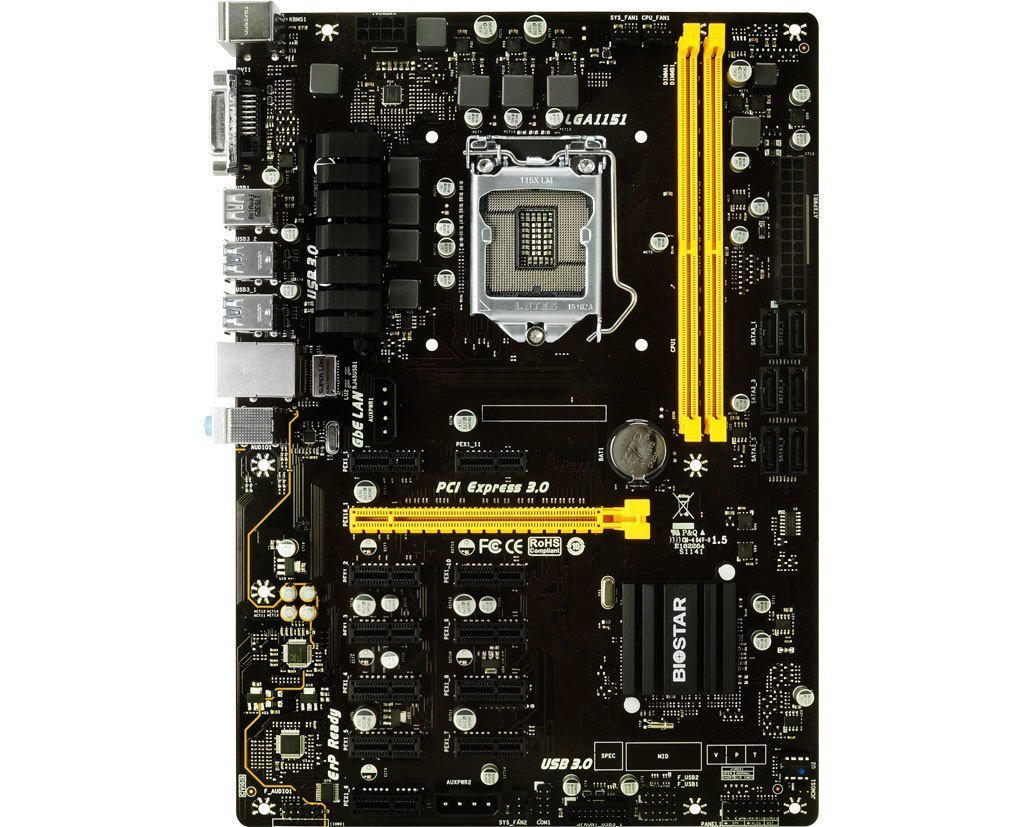 At the moment, TB250-BTC Pro one of the top mining motherboard that goes beyond traditional offerings. It is said to be twice as powerful compared to the former model. It is equipped with 12 native PCIe slots which can support up to 12 graphics card. This motherboard is already launched globally and for the mining market, there is very little competition.

Check out its high-level specifications below:

As mentioned before, TB250-BTC Pro is twice powerful compared to the TB250-BTC version. For the same performance, it can save you a lot of bucks by having one system instead of two. For example for using 12 graphics cards, you need to build two builds with TB250-BTC and require two CPUs, two SSDs, two memory sets and two power supplies. However, a single TB250-BTC Pro build will allow you to use 12 graphics card with single CPU, SSD, etc. So ultimately:

It will maximize the mining performance by 200%. It will increase the profitability with less time to spend and increases return level. It makes the mining efficient with its impressive hash rate and mining performance. Biostar guarantees that you would get the best output in 79 days. Compared to two sets of TB250-BTC, it is 18 days less! This mobo would help you bring out the best of your time and money. After all, the less you spend, the more you earn. Consider the following table:

Since there are so many PCIe slots, it is required that the manufacturer places the slots in a neat layout and Biostar doesn’t disappoint here. They are evenly equipped on the motherboard so that there is zero risk of the short circuit while mining. It is perfect since professional miners want their mining process to go on stable and without obstacles.

For mining enthusiast, it is a perfect mining environment setup. Native slots are considered highly vital for GPU mining since they help GPUs operate with improved stability, compatibility and speed. Altogether, these features make it an ultimate mining motherboard as it provides very robust base and environment for every mining enthusiast.

We hope you like our Biostar TB250 BTC PRO Review. For feedbacks and questions, feel free to drop us a comment below in the comments section.