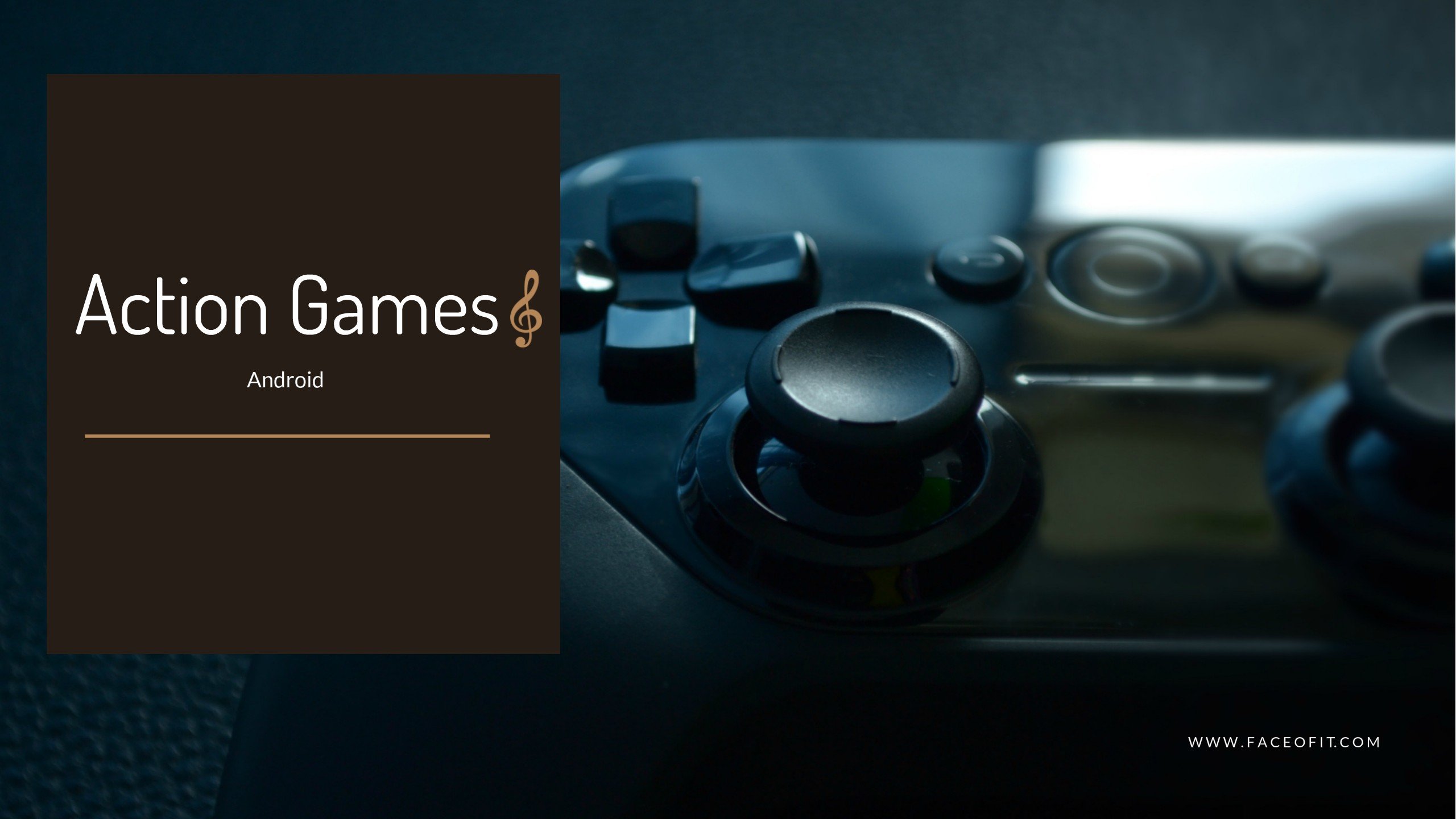 Nowadays, there are multiple platforms available to play games on. On these various platforms, there are some top categories of favorite genres in which these games fall. On any platform, let it be Android, or some other, Actions games are very popular. Most of the people play games to experience a bit of thrill and pumping in their boring life, and action games deliver it all. What’s more interesting is that an action game can include shooting, fighting, adventure, arcade and even racing games.

Thus, any gamer is much likely to develop a taste for action/adventure genre based games. Currently, on the Google Play Store, there are hundred of games to choose. It is always difficult to choose the best of the lot. However, we have made your task much easy by compiling a list of top Offline Action Strategy Games for Android. So, without further delay, here we begin: 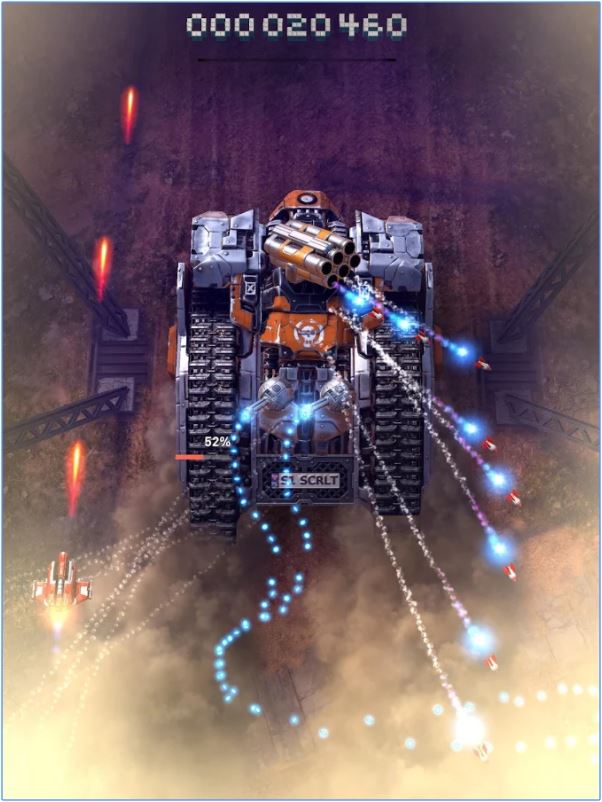 This action packed game falls in the category of top-down shooters. Unlike endless runners/flyer games, the game is divided into different levels. In each level, you are flying through the battlefield, seeking to complete given objectives. Besides focusing on goals, you need to destroy enemies while also making sure they do not do the same to you. With your progress, cards, upgrades and unlocks would be awarded to make things less troublesome for you. Perfect soundtracks, decent graphics and voice work make it a complete package of action. 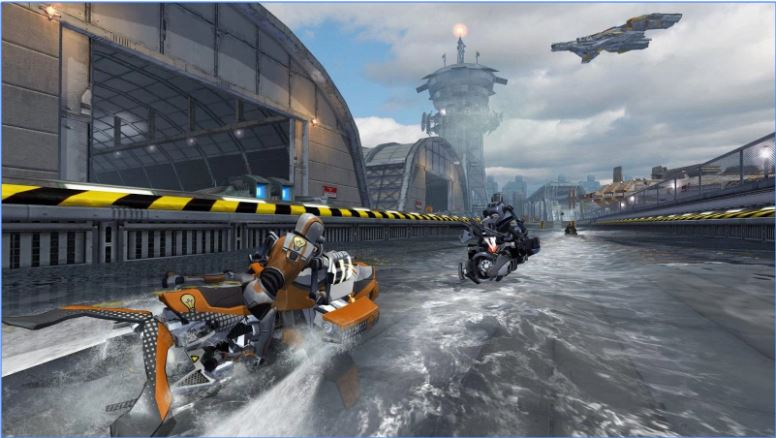 This game belongs to a well-known series of games produced by vector unit. This wave-runner title gives you the opportunity to race on jet skis. These races are affected by waves, ultimately making them even intense. As you progress further, competitions get intense, and you are awarded upgraded racing rigs with better control. Multiplayer mode is there so that you can race with real people around the globe. If you are lucky enough to have separate gamepads, you can even race against your friend locally on split screen without requiring the internet connection. It is not free but ones bought, there are no in-app purchases. 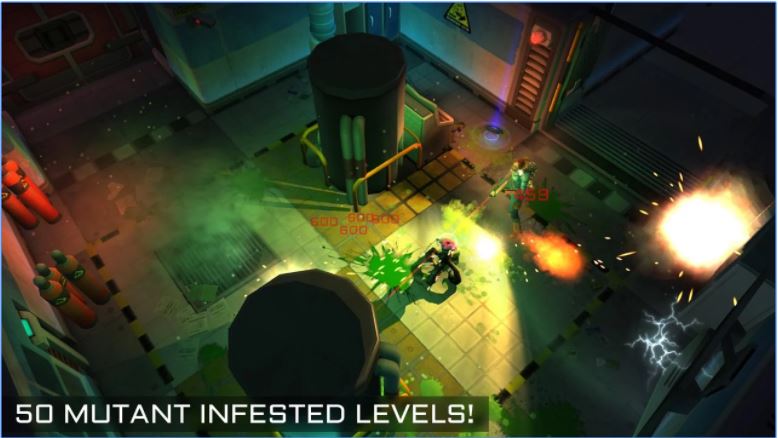 It is a shooter game, however not the FPS one. It is a third person shooter game, packed with a lot of action. Like a typical shooter game, all you have to do is to kill bad guys and avoid getting killed to progress further. Currently, there are total 70 levels to achieve with increasing difficulty level. You can play it without internet connectivity. With every achievement, you will unlock new equipment, gears and weapons to collect. They will make your rough journey a little bit convenient. It is not too famous currently, but it you love games, you need to try it out. 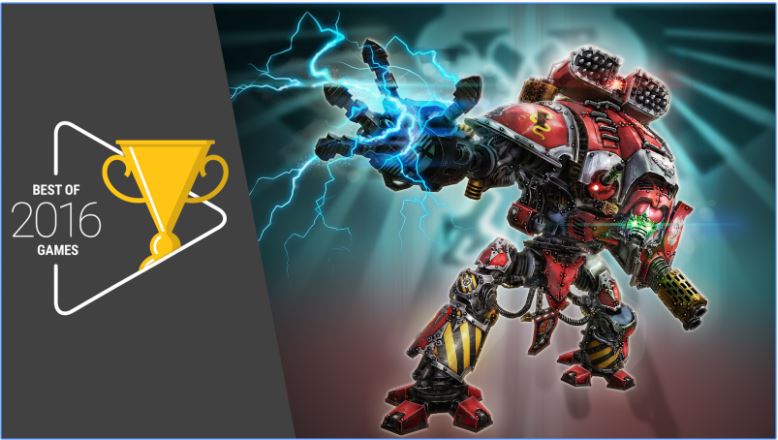 It is one of the many games in Warhammer franchise. In the campaign mode, you are given the control over a mech to crush down enemies. You would be looking at all this in a third person view. To make your mech powerful, you would need to push through the campaign, to unlock upgrades and customization options. These upgrades do not only increase its power but also make it look a bit cooler. There are daily challenges to complete for some extra reward.   Multiplayer gameplay allows you to compete with real life players. 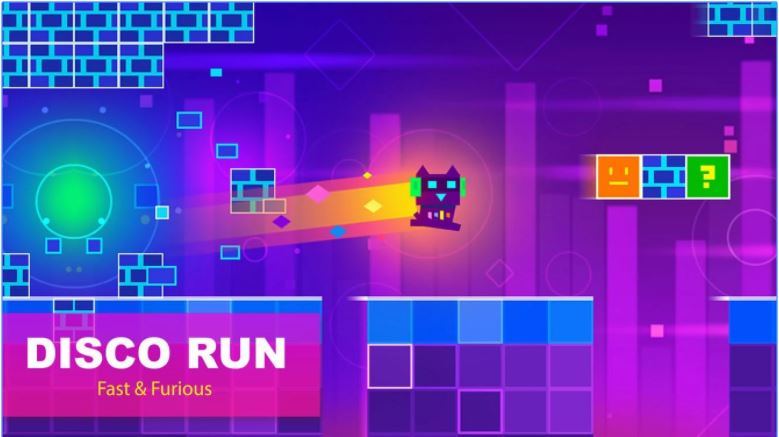 It is a platform-based action game. Being a classic platform game, it includes tracks, obstacles, and themes you are familiar. Retro graphics, simple controls and a lot to do are enough to cheer up an old school gamer. It possesses a goofy storyline divided into several levels. For making sure you don’t get bored with the main storyline, there are also some bonus levels apart from main levels. In this action-packed journey, you would play Chemist white and embark in the fascinating-retro phantom world. It is a free game with in-app purchases and ads included. 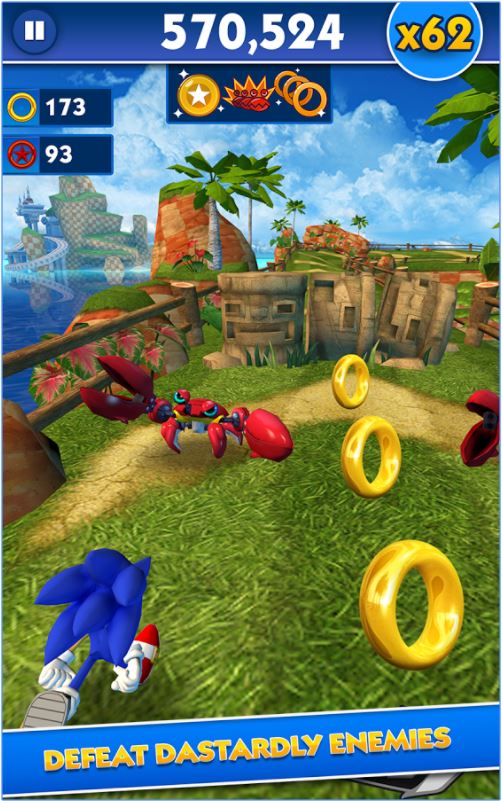 This endless running game, like many other Sonic games by SEGA, allows you to play as Sonic. You spin, dash and jump, avoiding obstacles in your way. Unlike other runner games, it is set in the entirely different 3D environment. As you progress, various abilities and other characters would be unlocked to use, making your gameplay convenient. Moreover, you would also come across enemy bosses through your run, which you would need to destroy to continue the series. There are also power-ups including head starts, shields, ring magnets, score boosters, etc. 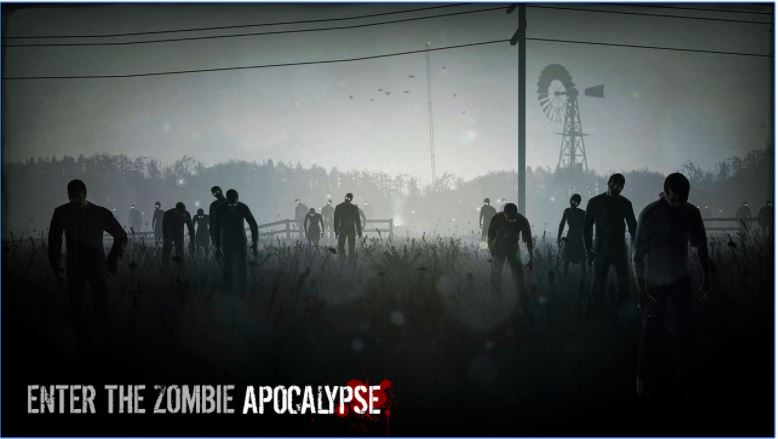 It is an infinite runner game, just like the subway surfer. However, it is a bit different since you are not running on an empty road with obstacles or on a railway track. You need to cut your way through silhouetted and bleak landscape while shooting unlimited zombies. Your ultimate goal is to survive as far as possible without getting overtaken. With your progress, you will unlock new weapons, power-ups and more to make surviving a little bit convenient. Such power-ups are awarded upon completing successful missions. 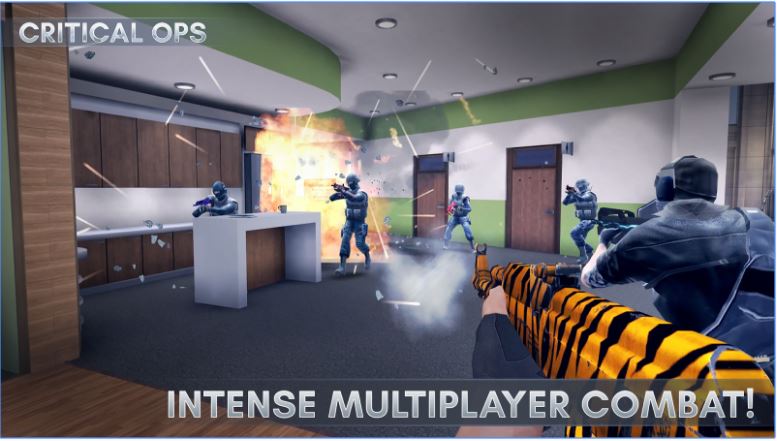 It is an upcoming FPS game. However, the beta version is already released. What makes it special that even beta version has earned huge response and love from gamers, which ultimately makes it a promising game that would be released soon. Besides, offline campaign, it offers multiplayer gameplay option. It is one of those very few first person shooter games offering a decent and skill based multiplayer mode. It is still in development phase, but receiving regular updates and bug fixes. Many action lovers are enjoying it; you should too. 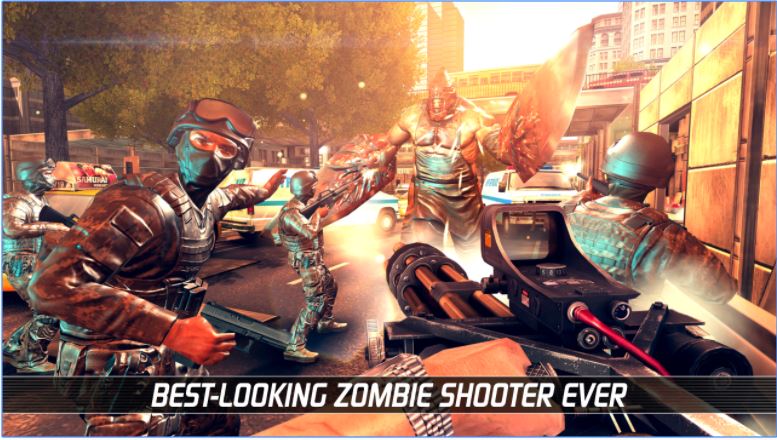 Looking at the title, maybe you have already guessed what this game is all about, haven’t you? Well, it is a zombie shooter game blessing you with the opportunity of taking down thousands of zombies. You may count on the developers, Madfinger games; since they are the very same company that produced dead trigger series. While exploring this game, we found it to be a complete action package consisting of 150 missions, multiplayer mode, a lot of guns to collect. Upgrades and promotions, daily challenges, events, etc also come along the way. All this comes to life with top-notch graphics. 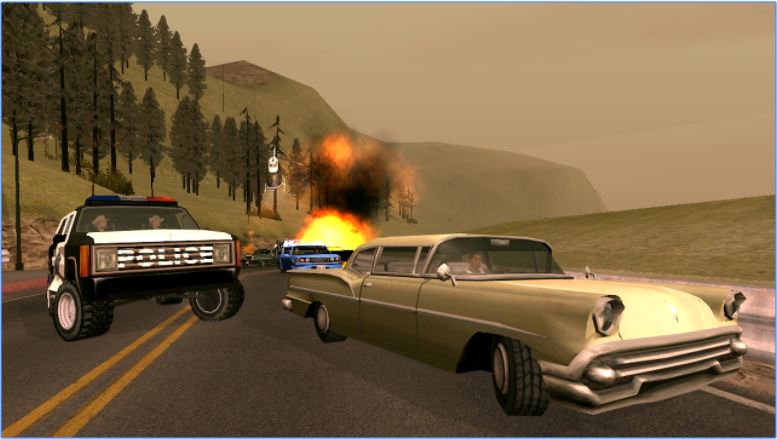 “All you had to do was to follow the damn train, CJ,” says big smoke. Who can forget this mission? This game allows you to relive that magical era of GTA: San Andreas. From plot, settings, gambling, missions, and cars, you get all GTA-things right on your smartphone. There is not much to say. You will be gambling, roaming around San Andreas, Gang banging, getting the girlfriend as you continue the storyline with several missions. Along with this, Rockstar games have many other ported versions of their popular PC titles on play store. It includes no in-app products.

We hope you like our list of the top Offline Action Strategy Games for Android. Comments and suggestions are welcome in the comment section below. Cheers!