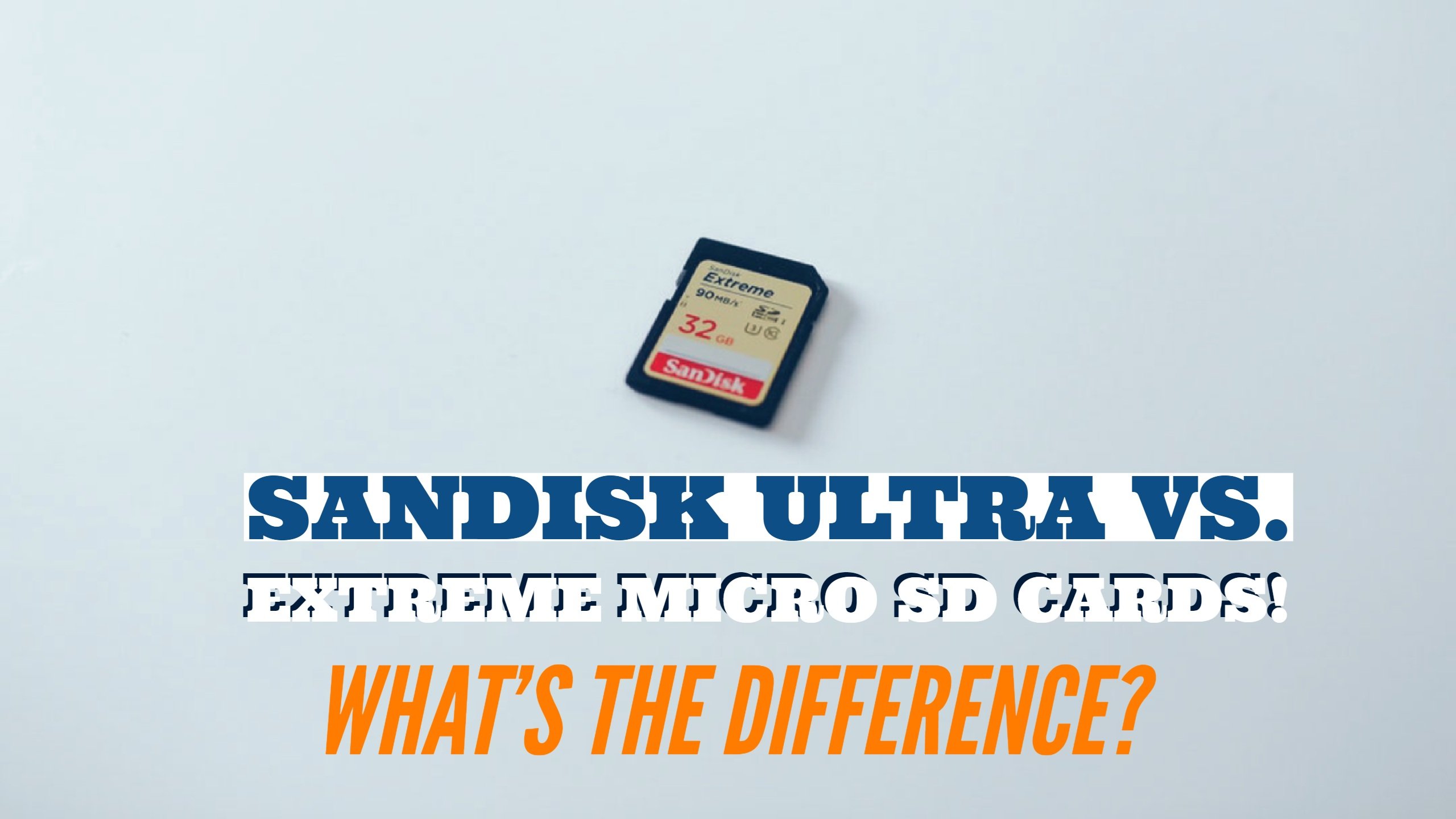 In this post, we are going to compare two high-end micro SD cards, i.e., the Sandisk Ultra vs. Extreme Micro sd cards. Both the micro SD cards are manufactured by Sandisk, which has earned an excellent, trustworthy reputation in the market for storage devices. I have used both the SD cards and faced no significant disappointments so far. That’s why consumers often get confused which one is better for them. So here is a detailed post on the differences of Sandisk Ultra vs. Extreme Micro SD cards.

Secure Digital(SD) cards are widely used in music players, cameras, smartphones, tablets and in some laptops. There are a large number of SD cards available in the market which create a lot of confusion to choose the best SD card for your device. Different SD Cards have different speed classes, physical sizes, and capacities. 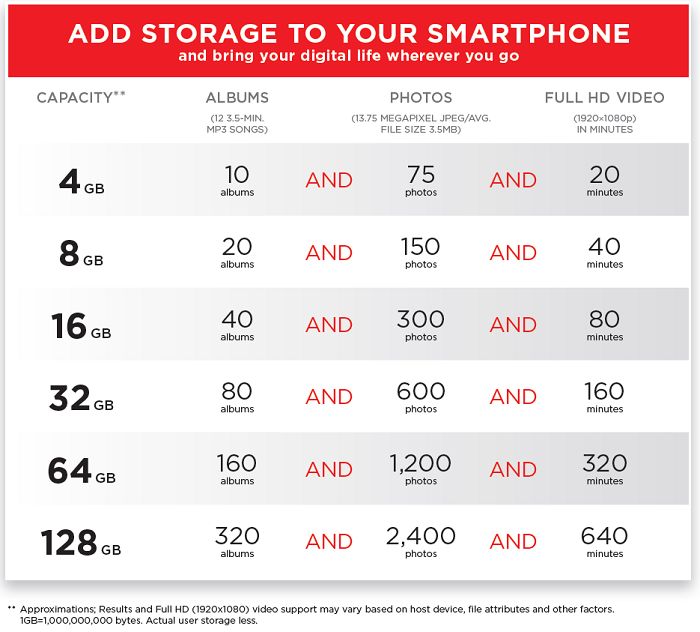 Different devices used by profession have different requirements for SD cards like. For example, a professional photographer wants the fastest SD card to store the photos in rapid successions. If you wish to take a few pictures on a typical consumer camera using an SD card to save some media files on your smartphone, the speed isn’t an essential factor. So firstly, you have to analyze what is your requirement. This will help you take the decision faster.

Sandisk is a popular name in the field of Secure Digital(SD) cards. Some of the favorite SD Cards of Sandisk are SanDisk Extreme PRO SD UHS-I Card, SanDisk Extreme PRO SD UHS-II Card, Ultra microSD, Ultra microSD UHS-I Card for Cameras, Ultra SDHC/SDXC Memory Card and many more. Among these SD cards, we are going to compare the Sandisk Ultra and Sandisk Extreme micro SD cards so that you can choose the best micro SD cards for you by your requirements.

When we talk about the data transfer speeds, The Extreme lineup micro SD cards provide read speed of up to 100 MB/s and write speed up to 90 MB/s. On the other hand, the Ultra micro SD cards deliver read speed of up 90 MB/s and write speed up to 80 MB/s. If we give you a real example how fast these cards, both are excellent performers. The Ultra can transfer 1200 photos in just 1 minute, while the Sandisk Extreme could do this task slightly quicker. But when we talk about the Extreme Pro micro SD card that gives up to 260MB/s data transfer speeds, the ultra micro SD cards stands nowhere close.

With RescuePRO Deluxe data recovery software you can quickly recover the file on these micro SD cards. In case if you have accidentally deleted your data, this feature will be ber useful for you. The Extreme microSD card is optimized for apps that help in faster app launching. It comes with the convenient SD card adapter, which makes it compatible with any device that has an SD card slot. For peace of mind, Sandisk offers an unlimited warranty on this card.

Like SanDisk Extreme, SanDisk Ultra microSD cards are also waterproof, temperature proof, shockproof, and X-ray proof. The 256GB microSD card has a rating of class 10 due to its Full HD video recording performance, and it comes with an SD adapter. SanDisk Ultra comes with a 10-year limited warranty.

Like Extreme, this one is also rated as A1 that helps in faster app launching. You will get an SD adapter with the Ultra micro SD card too. It lets you move files easily among other SD compatible devices, such as digital cameras and computers. Means, one card for all your devices.

Overall, both SanDisk Ultra and SanDisk Extreme are built for the devices that require faster data access speeds like digital photography and videography. SanDisk Ultra microSD cards are developed mainly for high-end consumer market whereas SanDisk Extreme is s targeted towards the professional market.

SanDisk Ultra SD cards are twice as fast as the entry level cards the Extreme line SD cards are even more quickly. The Ultra line SD cards are present in the market in two-speed tears base Ultra and Ultra Plus. SanDisk Ultra microSD cards have sufficient speed for recording in 1080p HD. SanDisk Extreme has more than enough power for HD that makes it useful when shooting in 4K.

The reason for the even faster performance of the Extreme cards lineup is the DMA technology. The Extreme line SD cards have various technology enhancement over Ultra cards. With the addition of a card controller technology that allows parallel processing of reads and writes speeds have been increased dramatically. Extreme line SD cards also contain additional silicone coating which protects them from moisture and humidity. As you know, nothing comes for free. The Sandisk Extreme micro SD cards will cost you more than the Ultra lineup.

PCIe Gen 3 Vs. PCIe Gen 2: What is the difference? Specifications

In recent times, Thunderbolt 3 has evolved connectivity standards and is one of the most ...
By IG
February 27, 2022

If you are exploring the web for the best mini DisplayPort Splitter, we have some ...
By IG
January 29, 2022 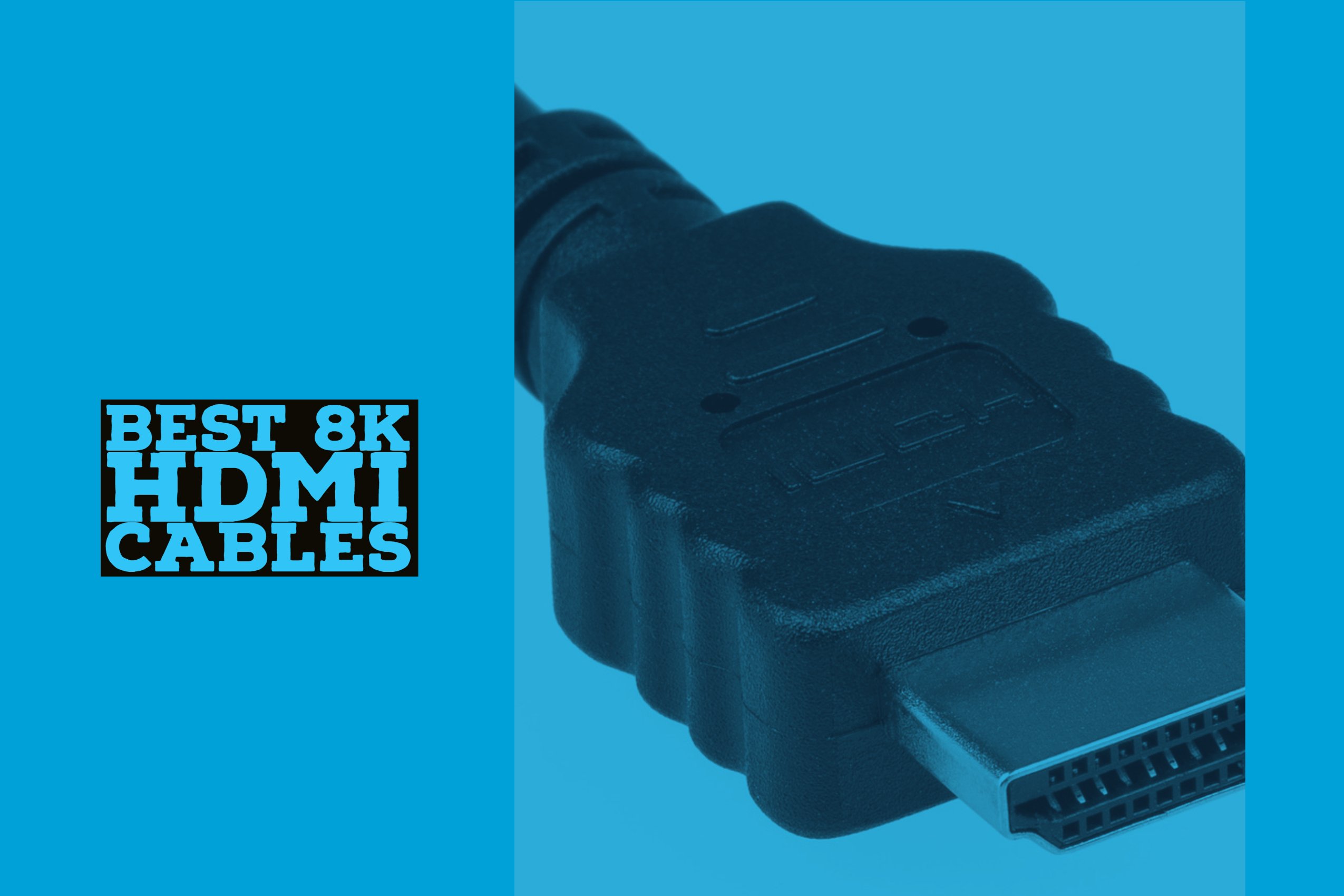 Televisions and other compatible devices have become so smart and powerful that they offer you ...
By das
March 15, 2021