Qualcomm has been looking ahead to powering the Windows 10 PCs and laptops. The first generation of Always On laptops featured the Snapdragon 835. However, the performance was not quite much impressive. The laptops were found to be quite sluggish with their performance even for handling lighter activities.

If you are a gamer, the Snapdragon 850 powered devices may not be the right option for you. They are designed for those who are looking for a good deal of web browsing, a bit of binge watching and of course, a good battery life.

And that brings us to the battery power. The Snapdragon 850 devices are stated to provide you access to around 25 hours of battery backup. What makes the chipsets specifically designed for PCs and laptops different from the conventional processors. Not much. Since they will be used on larger devices, you will find them running at a higher clock speeds and the low TDP ensures lack of overheating. In fact, since the processor has a larger space on a laptop body, the heat dissipation would be extremely easy and simple.

With that information on the background, let us explore a few laptops that are powered by Snapdragon 850. Snapdragon has been building chips specifically designed for the various vertical integration. The prominent examples here can be the chipsets designed for the Internet of things and VR headsets.

To begin with, there are not many options available with the Snapdragon 850 as of now. There are a few being announced and can expect them quite soon. We will check some of them here. 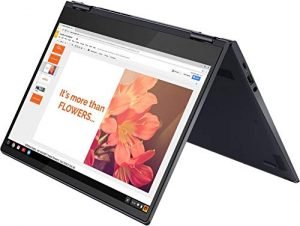 This is the Industry’s first laptop to feature the Snapdragon 850 processor. Please note that the laptop carries a label a little different from its range of laptops – Yoga C630 WOS. WOS stands for Windows On Snapdragon.

The laptop comes with a convertible design and a 13 inch size at that. You have access to a full size keyboard, a responsive and wider trackpad and a pair of sturdy hinges. Being a convertible device, you need powerful hinges that do not a give away. You can expect the best looks found on the Yoga line up of premium laptops from Lenovo.

The battery, as already featured above, should provide you with a battery backup of about 25 hours on a continuous video playback. In sharp contrast to Snapdragon 835, a slew of apps was found to be working quite efficiently. It provides you access to the Always On functionality. That means you will find your laptop waking up almost instantly. In fact, users have been claiming that the laptop is faster than most of the laptops launched in 2018.

Two USB Type C ports and access to SIM card slot are the other two exceptional features you would love on the new Lenovo Yoga C630 WOS.

The touchpad is quite larger enough and also comes with an NFC chip for an enhanced performance. The laptop is powered by Snapdragon 850 and is accompanied with a 4 or 8 GB RAM capacity. You also have access to 128 or 256 GB of USF NAND flash storage.

Like Yoga offering outlined here, you get access to eSIM compatibility on your device. The laptop also comes with a USB Type-C connector, a fingerprint reader, two stereo speakers, and a 3.5-mm TRRS audio jack. The built-in 36.3 Wh battery comes with a backup of around 20 hours.

Any other devices with Snapdragon 850?

The processor is designed for the convertible laptops. In fact, the new generation of the laptop users are more focussed on the convertibility options; the new processor should indeed be one of the best options. The fact that Qualcomm has been successful in providing you with an enhanced performance in comparison to the older Snapdragon 835 should make it an excellent option in every right.

Even Samsung has announced that they will be launching 2 in 1 PCs powered by Qualcomm Snapdragon 850 SoC. However, it has not announced any specific time frame for the launch as yet.

The Snapdragon 850 is indeed an upgrade to the Snapdragon 835. It takes the lead in enhancing the performance of the Windows PCs and laptops. However, we have not found many devices powered by the new mobile PC processor. With the impending launch of Huawei convertible laptop soon, we would expect the launch of convertibles from other partner manufacturers as well the following suit.

If we come across any launches among laptops powered by Snapdragon 850, we will update the post with the relevant details. Till then, we will keep speculating.

Next PostCrucial BX500 vs MX500 vs Kingston A400 Specifications Comparison