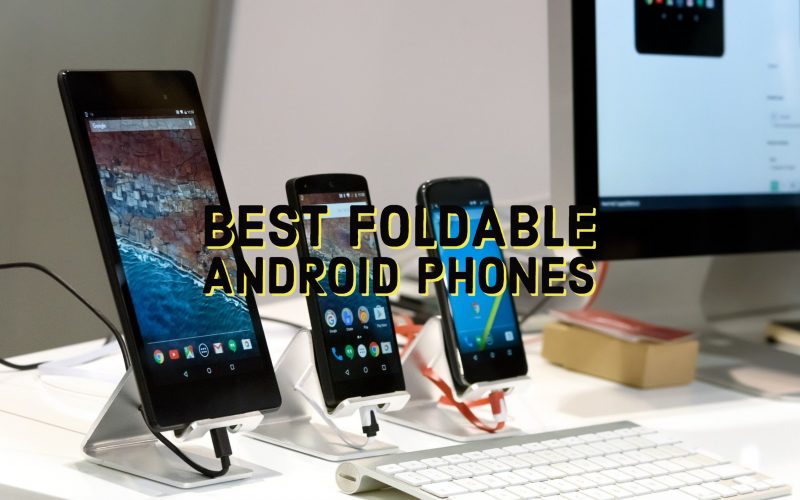 The concept of foldable phones has not been new. Samsung, for instance, has been showcasing prototypes for some time. Nothing specific has emerged as of now, but with the innovative ideas being floated by Samsung and LG’s likes, the foldable phones are likely to re-emerge in 2021. We would foresee 2020 as the year of foldable screens, with the launch of foldable displays being launched by the manufacturers such as Samsung, LG, and Sharp.

With laptops turning to foldable display scenarios, it would be quite practical to expect foldable Android devices. It may not be anytime soon that Apple will likely jump on the bandwagon, but we hope for foldable phones by Android device makers.

With that much background information, we will now move ahead to check out a few promising top-end foldable Android phones that we would be able to witness in 2020. Of course, the market for foldable phones may be quite nascent as things stand as of now. However, still – the curiosity created by the new technology should ideally drive the market rather efficiently and effectively. 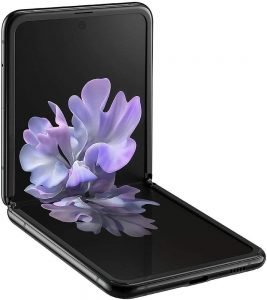 Remember the flip phones in the initial days of the mobile phone revolution? LG was at the forefront with its innovative form factors and designs back then. Samsung now has been one of the leaders that have been promoting foldable Android smartphones. The Galaxy Z Flip is a case in point.

It can be considered to be a refreshed version of Galaxy S10+. You would get everything you have come to expect on a Samsung device – high-end spec sheet, capable hardware, best build quality, and a great set of cameras. When you compare Samsung Galaxy Z Flip to the other foldable devices, you will find it quite promising. What makes it a great option is its daily usability.

It is undoubtedly the best foldable device currently available concerning the durability factor. Ultra-Thin Glass technology would make it one of the prime choices. The 3300 mAh battery may be a downside, but still manageable. The larger bezels can be an eyesore, and the 1080p resolution appears a little outdated. 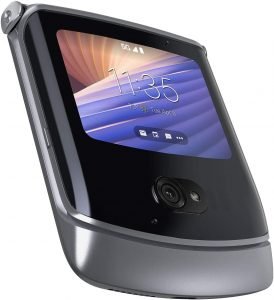 Motorola Razr is a reincarnation of the utterly successful Razr from Motorola during the good old days. It features a 6.2-inch vertical flip display and a 21.:9 aspect ratio. It looks quite close to its iconic clamshell design and brings out the foldable screen this time.

It would be worthwhile to point out that Motorola and Lenovo (the current Motorola owners) experimented with over 26 different protocols. The hinge appears to be quite strong and sturdy enough. While the device does appear more robust enough in terms of the build quality, the same cannot be said about the specs. It packs in a Snapdragon 710 chipset and a 16 MP camera. It does feature a combination of glass and steel construction. Other specifications read 6GB of RAM, 128GB of storage, and a 2,510mAh battery.

The 16 MP camera works both as a selfie camera and the main one, and you have an additional 5 MP camera for face unlock and attentive display functionalities. 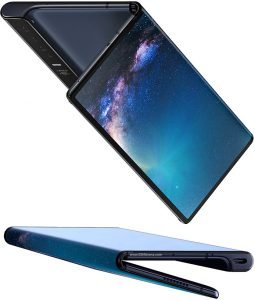 The Huawei Mate X was unveiled at the MWC 2019, and it took the brand a long time to launch the device. The foldability is the other way round when compared to what a Samsung Fold does. The screen will wrap around on the outside as opposed to being hidden when shut.

When you open it, you will get access to a complete 8-inch tablet. It does appear quite thin for a foldable device and packs in a few exciting features inside. What’s more – the phone provides you access to 5G connectivity; that in itself should be what should prompt you to go for the device. The phone is currently available in China alone, and we would expect it to be made available in other regions. However, the lack of Google core services may turn out to be a bummer in most of the international markets.

It would be a 6.6-inch device when folded and will transform into an 8-inch tablet when unfolded. The 4500 mAh battery and three rear cameras would be another great feat that the brand has achieved. Kirin 980 processor powers it, and Huawei has claimed that it has shipped the first batch of its foldable phones already. 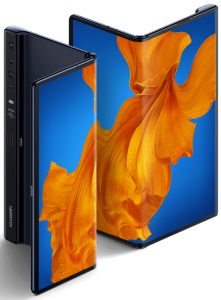 That is yet another foldable smartphone from Huawei. The brand teased it close on the heels of the planned European launch of its Huawei Mate X. The new model and a successor to Mate X are believed to be sturdier and filled with better specs.

Huawei has gone on record, stating that the new Mate Xs will be a smaller and improved version of Mate X. It will feature a more durable hinge than on the big brother and offer a better foldable screen. The brand has also claimed that it would be a cheaper version of Mate X.

No date has been communicated as yet for the launch of the new device, though.

This one should ideally be considered to be the first foldable Android device in the world. Even when the world was closely watching Motorola and Samsung launch their foldable screen smartphones, Royole Flexpai was already revealed globally.

Of course, it may not have the finesse of Samsung or Huawei, but the manufacturer could beat the two stalwarts in releasing the first-ever foldable phone ever. The phone comes with a 7.8-inch AMOLED screen with a 1920 x 1440 resolution, and that should indeed be the best specs in its genre. The Flexi is powered by Snapdragon 855, which is yet another feature that would make it a formidable choice by almost every standard.

You will also have access to two cameras with 16 and 20 MP resolutions. The 8 GB RAM and 128 GB onboard storage sum up the specifications making it one of the influential players. The foldability is relatively smoother, and you can use it in full screen, folded, and tent modes as per preferences.

Yet another Chinese player dabbling in the foldable screen scenario is – expectedly enough – Xiaomi. The brand teased a foldable device that may either be labeled as Dual Flex or MIX Flex. There is more of a likelihood of finding the following terminology.

The phone was introduced on the social media platform Weibo. As seen in the teaser video, the foldable phone does fold down into thirds. That should be further innovative and a reason why it may be named Dual Flex. The brand’s founder states that it is set to provide a perfect synergy between the use of the phone as both a tablet and a smartphone. The specification and pricing details have not yet been revealed.

The new Xiaomi foldable device is likely to offer an eye-catching design. There is no information as of now as to when it will be available. 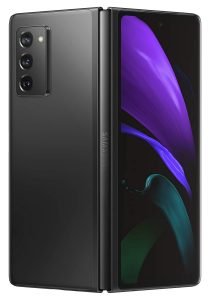 Well, that was what brought ahead of the concept of foldable Android phones and their practical usability. It had a sort of rollercoaster ride initially and had been criticized for a variety of reasons. However, the revised versions of the model have instilled confidence.

The phone features a 7.3-inch QXGA+ (1,536 x 2,152) Dynamic AMOLED display. The display labeled as Infinity Flex Display can fold into a half, and you have access to a 4.58-inch screen when folded. The Samsung Galaxy Fold is powered by Qualcomm Snapdragon 855 SoC and supplements it with the specs such as 12GB of RAM and 512GB storage.

Any other likely foldable Android phones coming up?

As technology is getting more popular, several touted launched, and announcements are launched in the foldable smartphone arena.

LG is a pioneer in foldable displays along with Sharp and Samsung. They have the technology and have even expressed their willingness to launch a foldable Android phone. However, as of now, there are not many devices.

Other players who have been considering an entry into the foldable Android phones bandwagon include Vivo, Oppo, and TCL. TCL has been planning the launch of its range of foldable devices. This consists of two phones and two tablets. Though TCL is not known for its phones, its own brands have a broader presence – like BlackBerry, Alcatel, and Palm.

Well, that should make it quite clear enough. The year 2020 and perhaps early 2021 will belong to the foldable screens. We would expect a range of popular foldable Android smartphones to be launched this year. We will keep an eye on the latest developments and share the details with our readers as soon as they become available. 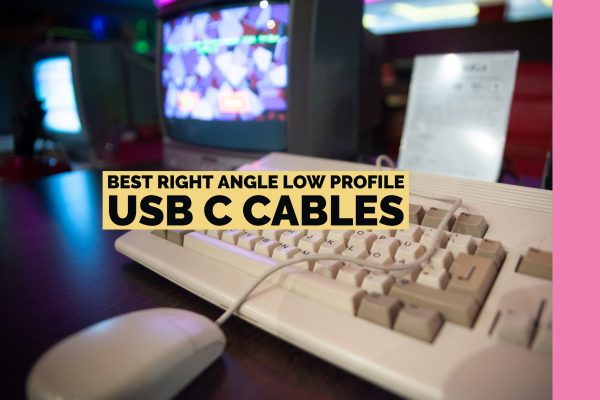 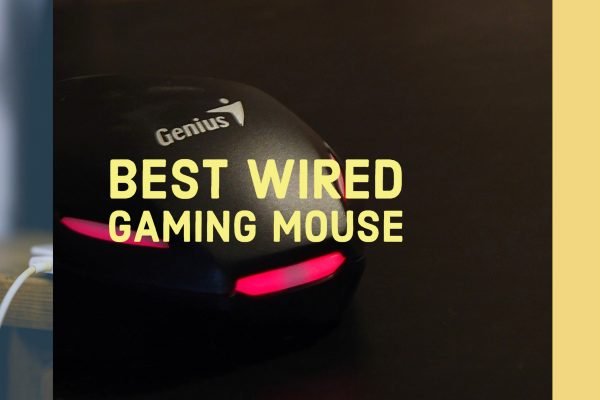 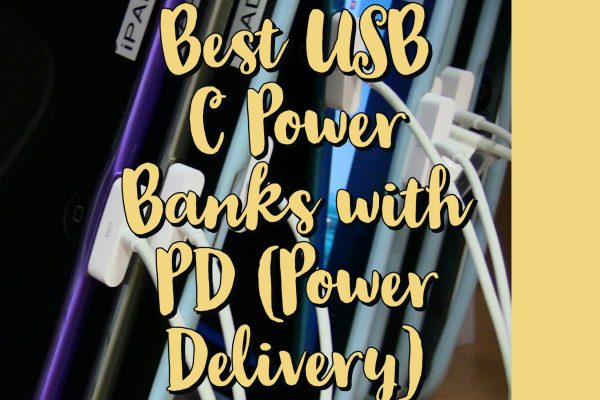 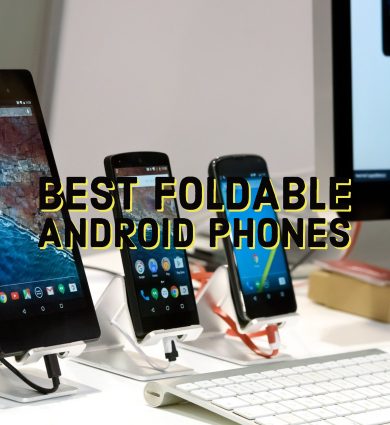 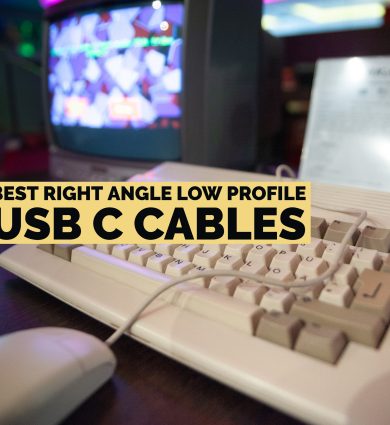 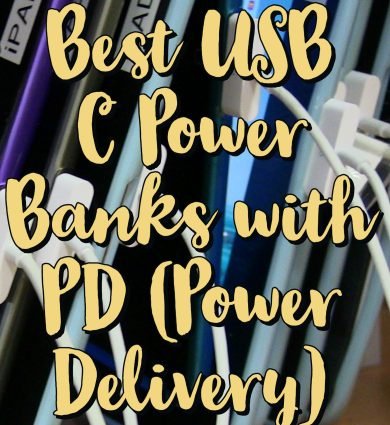 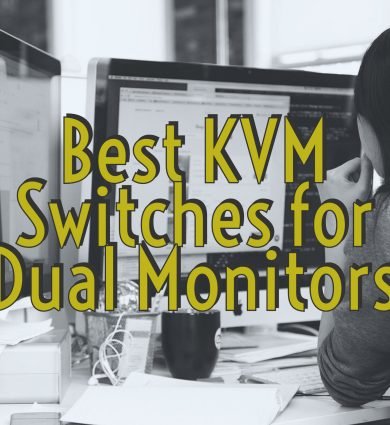