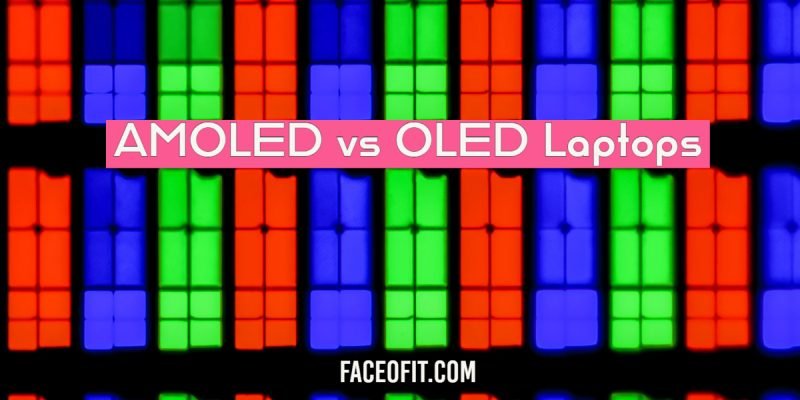 When purchasing a laptop or PC or monitor or tablet, the common question is which display is better. Standard display options that most people are aware of are LED and LCD.

Two common forms of LED displays are AMOLED and OLED. Some customers may get confused between OLED and AMOLED as their display of choice for laptops. To remove this confusion, let’s go through the details of each of them and their comparison:

What is an OLED display? 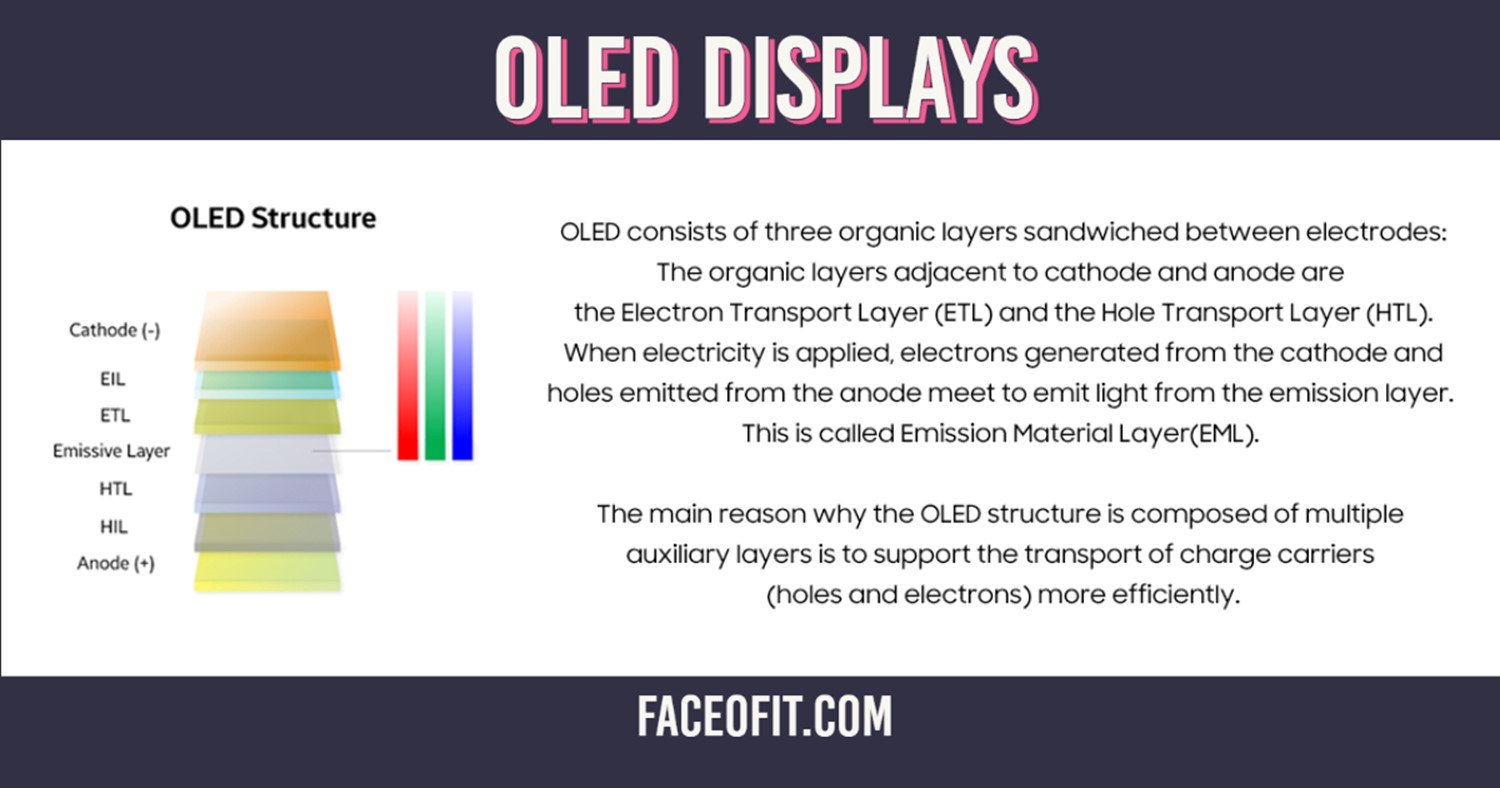 Whenever an electric current is supplied, each pixel in the panel emits bright light. So, OLED laptops can exhibit deep blacks and extra-brilliant color contrast ratios.

No backlight is needed. Therefore, OLED displays are thinner and more efficient than LCDs. Compared to other screen technologies, OLEDs convey true blacks.

In addition to being thin and efficient, OLED displays present superior image quality. They can be made flexible, transparent, foldable, and stretchable in the future. Hence, OLED displays signify the future of display technology.

Whenever you use an OLED laptop to open an image file that includes nothing but black, the individual pixels would display nothing. This is because there is no light leakage to dilute the darkness. So, OLED laptops convey outstanding contrast and deeper blacks.

‘Dark Mode’ is an eco-friendly low-power panel technology that allows you to change the background color of an application window to black. Its key benefits include protecting user eyes and lowering power consumption. Dark mode reduces the luminance emitted by displays, lowering the On Pixel Ratio (OPR) and reducing energy consumption by 20%. As a result, users can enjoy extended battery life of 15% – lasting 1.5 hours longer than light mode.

What is an AMOLED display?

Benefits of using an OLED laptop: 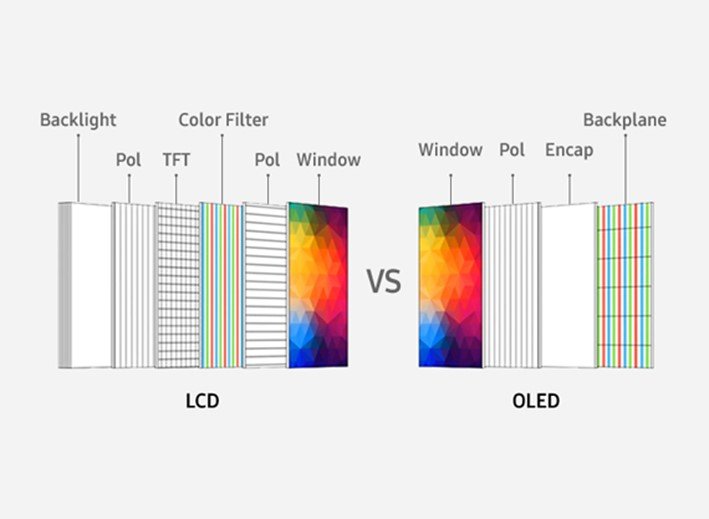 OLED depicts colors through a proprietary light-emitting process that does not need backlight and color filters used in LCD:

It is about 30% thinner and lighter than LCD, which is an enormous advantage that enables ultra-thin and ultra-lightweight smartphones.


The OLED laptops don’t have an additional backlighting panel. This implies that the corresponding manufacturers can make these laptops thin and lightweight.

Especially for those people looking for on-the-go use with portability, OLED laptops are recommended. There is the use of flexible plastic substrates in the fabrication process.

If you are looking for a laptop with a fast refresh rate, then an OLED laptop is a decent choice. Conventional LED laptops require an LED panel for backlighting.

However, this requirement leads to more lag and blur. On the other hand, OLED laptops don’t need this backlighting panel, so there will be no lag problems. The zero-lag contributes to fast refresh rates and enhanced viewing angles.

The OLED laptops can produce lifelike and more vibrant colors with superior contrast and black levels. They can display more accurately because the individual pixels are turned on and off.

Since OLED laptops can turn off individual pixels, they don’t draw any power. The available dark mode option saves energy because the computer doesn’t need to use power to present the black color.

OLED laptops are perfect for two kinds of computer users, i.e., creative professionals (typically graphic designers and post-production editors) and gamers. Especially, hardcore and casual gamers can make the most of the eye-popping visuals generated by an OLED gaming laptop. Graphic artists and photo editors can anticipate their work to appear stellar onscreen with OLED laptops.

Benefits of using an AMOLED laptop:


AMOLED laptops have a high artificial contrast ratio because each of its pixels or diode of organic material emits lights and generate a color.

Each diode in the display of AMOLED laptops emits light without producing excess heat. So, power consumption is low, and energy efficiency is high.

The viewing angle is wide, i.e., approx. 170°. There are no evident color shifts. The vibrancy and brightness stay unchanged although viewed from extreme angles.


AMOLED technology is an improvement of the existing OLED technology. It includes a thin-film transistor (TFT) layer, which provides better control of the light generated by OLEDs.

This layer provides an enhanced active matrix light control. In addition to the TFT, another distinguishing factor of AMOLED displays is that they consume less energy than OLEDs.

This is because every pixel in an AMOLED display contains a transistor and capacitor, which offers better control of energy consumption.

Super AMOLED touchscreen display integrates touch sensors with the glass surface panel, eliminating at least one layer of glass and with it, a layer of air. That’s what makes Super AMOLED super. Only Samsung manufactures it.

Let’s check out other prominent differences:

Being thinner in size, OLED laptops are lighter than AMOLED laptops. Being more delicate and more lightweight, OLED laptops present more efficient and bright displays. So, they are comparatively used more in notebooks.

OLED consists of the thin organic light-emitting material which produces light whenever electricity is applied. AMOLED is an advanced version of OLED, having an extra layer of thin-film transmitters. The advanced technology is used in AMOLED because storage capacitors need to maintain the pixel states.

The display quality of AMOLED laptops is relatively better than OLED laptops. This is because it comprises an extra layer of TFTs and follows backplane technologies.

The OLED laptops present an outstanding contrast ratio because the corresponding displays have better control over pixels.

The use of superior display technology makes AMOLED laptops costlier than OLED laptops.


The fundamental difference between OLED and AMOLED is that an AMOLED display comprises thin strips of thin-film transistors (TFT) at the back of each pixel.

Such transistors act as super-highways for electricity, letting the electric current travel more quickly throughout the display.

Due to the presence of TFT, every pixel can be triggered faster because electricity can reach the pixels more quickly.

AMOLED, however, is known for having problems with glare and readability in direct sunlight, even relative to average LCD screens. By minimizing the number of reflective surfaces and power necessary to achieve vivid color, Super AMOLED was designed in part to address this.

OLED represents an improvement on conventional LEDs because it produces light with current application to a unique kind of semi-conductive material.

The organic compounds work at such a small scale, facilitating color control and pixel-by-pixel illumination.

Every pixel in a display could be made darker or brighter. Consequently, it produces adequate light, decent color control, and higher contrast ratios without a dominant LCD panel.

AMOLED represents an improvement over the fundamental OLED technology for bigger laptops, monitors, and televisions displays. This is made possible with the introduction of a thin film transistor (TFT) layer, which provides better control over the light produced by the OLEDs. The TFT layer offers an improved, ‘active matrix’ of light control, justifying the ‘AM’ in AMOLED.


AMOLED laptops present sharper picture quality than OLED laptops because of the better energy architecture in the monitor. AMOLED/Super AMOLED displays are more appropriate for smartphones and tablets, whereas for TVs or laptops,

OLED displays are recommended. Besides, AMOLED laptops are well-known for reduced power consumption.

OLED laptops are recommended for outdoor use because they are lighter and can present bright output even under direct sunlight. Moreover, they are energy-efficient.


Affiliate Disclosure: Faceofit.com is a participant in the Amazon Services LLC Associates Program. As an Amazon Associate we earn from qualifying purchases.