AMD has been one of the prominent players in the realm of x86 based desktop and mobile processors. The latest version of the Zen+ based Ryzen 5 processors has been one of the best options for its overall value proposition. So, how do the two most capable processors from AMD fare against each other? Yes, we are talking about AMD Ryzen 5 2600 vs 3600. Let us explore the two processors and compare them between themselves and understand what you can expect from the upcoming 3000 series CPUs.

Ryzen 5  – An insight into the new generation processors

One of the excellent features that make Ryzen 5 a force to reckon with would be the multipliers that come with an unlocked option. The processors also offer you simultaneous multithreading that was missing on most of the Ryzen 3 processors.

The simultaneous multithreading is the feature that makes it a prominent option. This is a feature designed is to tackle the Hyper Threading technology developed by Intel. SMT enables multiple independent threads of execution to better utilize its resources provided by modern processor architectures on one or more cores effectively. For modern superscalar processor, multithreading is conceptually similar to preemptive multitasking but is implemented at the thread level of execution.

The Zen+ have a marginal improvement to the Zen architecture. It has enhanced the performance standards and also in terms of power consumption. These Quad-Core and Hex-Core CPUs typically have power consumption levels between 65 W – 95 W.

Another feature that should make it a good option is the precision Boost technology we just discussed. This is designed as a means of internal overclocking and thus equivalent to Turbo Boost technology on Intel. 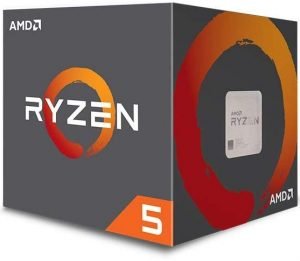 It is a six-core (Hex) processor designed for use on a desktop form-factor. The simultaneous threading ensures that it can work with all the 12 cores work simultaneously. The processor was launched in April 2018. It is fabricated on GlobalFoundries 12 nm process nodes and is based on the Zen+ microarchitecture.

The processor comes with a TDP value of 65 W and is quite a power efficient. It comes with a base frequency of 3.4 GHz that can be boosted to up to 3.9 GHz. The Zen+ architecture ensures that the processor handles a more significant number of instructions per cycle and better clock speeds than the previous Zen architecture.

The processor should be an excellent option for games. A higher base clock speed compared to the Ryzen 7 2700 should work best for games CPU sensitive workloads under certain scenarios. The processor is manufactured using the 12 nm manufacturing process and comes under the mid to high range CPU segment. The unlocked multiplier should provide you with better access to overclocking using the traditional methods.

The Ryzen 5 2600 supports DDR4 memory up to 64 GB. Unlike the 2400G, this CPU does not come integrated with AMD Radeon Vega GPU with 11 Compute Units. The processor is expected to provide you access to exceptional computational performance on most of the current range of PCs.

Another mid to high range processor from AMD, the Ryzen 5 3600 is manufactured using a 7 nm manufacturing process. The processor is based on the newest Zen 2 architecture.

Equipped with a clock speed of 3.6 GHz, it can reach up to 4.4 GHz, thanks to the XFR compatibility. Like the Ryzen 5 2600, this one too is expected to come with an unlocked multiplier and thus lets you overclock it using the conventional methods. The TDP reads 65 W, and it supports the DDR4 RAM up to 64 GB.

The processor has just been leaked by certain online retailers, and there is not much information available on the features and compatibility of the processor. The details can be updated as soon as more information is made available.

Having gone through little details through those short reviews, here are the feature based comparisons between the two competing siblings. This can be helpful enough in choosing the right processor based on the exact requirements you may have.

A Brief Comparative Analysis for the Gamers

Experts opine that the Ryzen 5 2600 holds the maximum cost to performance value for the gamers till the Ryzen 5 3600 is released. However, both the processors come with the same compatibility options.

The 3600 is based on the Zen 2 microarchitecture that inherits most of the original design from Zen+ but considerably improves the instruction stream bandwidth and floating-point (FP) throughput performance. 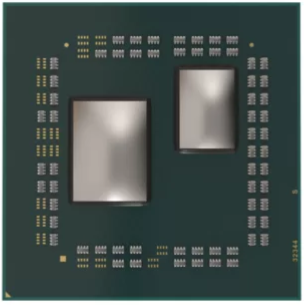 It is expected to come with a 14nm I/O (memory controller) die and a front-end 7nm CPU Cor die as shown in the picture. The following are the improvements in FP performance:

The CPU die is expected to communicate with the I/O die over a new Infinity Fabric 2 interconnect at 2.3x transfer rate per link (25 GT/s vs 10.6 GT/s).

Plus, it also comes with an improved branch prediction unit and an in-silicon Spectre enhancements. The new PCIe 4.0 standard is also expected to improve the serial bus connections with 3rd party peripherals like NVMe drives, dedicated GPU etc.

The Ryzen 5 3600 comes with two additional cores in comparison to the Ryzen 5 2600. Of course, the eight cores may not be that massive of  a performance increment as things stand as of now. No games have been able to achieve the harnessing capacity of that level, and as such, the number of cores should not matter much if you are looking for playing games. We will have to wait and see the results once it is released in the market.

The cache-related performance should not be a concern given the fact that both the processors come with the same L1, L2, and L3 cache. The TDP values remain similar across the two processors, and thus you can expect a similar functionality. However, the new lithography process and higher density on the Ryzen 5 3600 should help improve IPC and reduce the electricity bills considerably.

That was a complete comparison between the two competing processors based on the information that we have. They belong to entirely different generations and should provide you with incremental performance improvements. The Ryzen 5 3600 should theoretically be superior to the Ryzen 5 2600 by many measures. The new processor is bound to come with a few added advantages, and if you have a choice to make, it may be a good idea to opt for the Ryzen 5 3600. However, if you already own a Ryzen 5 2600, you would not need to upgrade to the Ryzen 5 3600 just as yet. 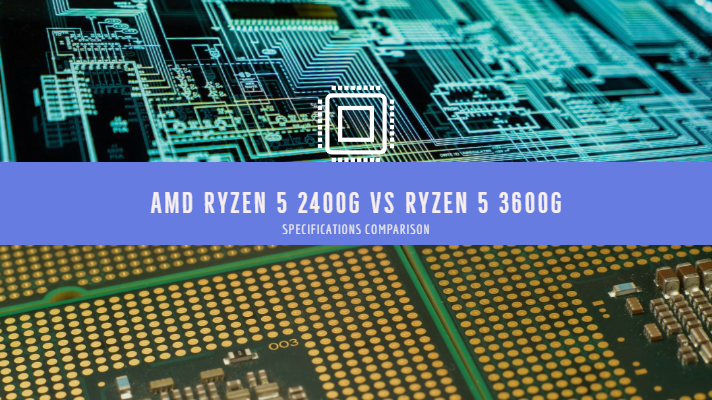