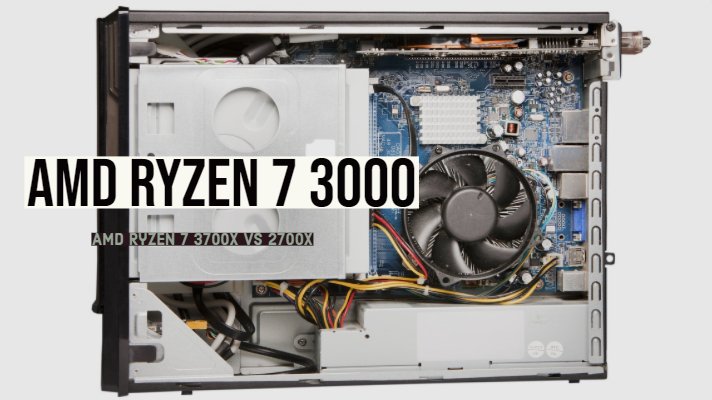 AMD seems to have planned a unique line up for the year 2019. The 7 nm manufacturing process has been considered to be a game changer for the company in the days ahead. From that perspective, the new Ryzen 3000 series processors are expected to bring new capabilities and functionalities in your computing devices. Let us explore and compare the AMD Ryzen 7 3700X vs 2700X today to highlight the best features that the two processors from the AMD family have on offer.

The processor comes with a 12 nm manufacturing process. In fact, since AMD did not release a Ryzen 7 2800x, it was considered to be the flagship CPU from AMD in 2018. It is the upgraded version of the 2017 flagship Ryzen 7 1800X. Of course, there are a couple of features added.

It came with a faster base clock speed of 3.7 GHz. You also have access to the boost speed of 4.3 GHz. That should perhaps be the major attraction for the processor. If you are still on the first generation Ryzen processors, this can be a perfect upgrade option for your needs. Moreover, it also comes with an unlocked overclocking option.

The larger L3 cache will help you get the best performance for multi-threaded NUMA workloads, even with not so fast system RAM. You will have access to the same Zen architecture observed in the previous generations and the same AM4 socket interface. AMD has standardized the AM4 interface, and it will continue to be supported for several generations in the future.

Having said that, there are a few tweaks and improvements available on the Ryzen 7 2700X. The Precision Boost 2 technology is just one of them. The technique offers the exact speed required based on the task you have assigned to your CPU. It ranges from the power saving speed of 2.2 GHz to a base clock speed of 3.7 GHz to the boost clock speed of up to 4.3 GHz. This can help you save power by overclocking the processor only when it is necessary.

The second technique introduced in the 2700X is XFR2. This is almost equivalent to the Precision Boost 2 technique we just discussed. The key difference between the two methods is that when more than two cores demand more power, the Precision Boost technology limits the load to a lower value across all cores on the module. In contrast, XFR2 applies the boost to all the cores. You can implement the technique if you have a cooler that is performance oriented.

The third generation Ryzen 7 processors is expected to be launched quite soon. We expect the rollout of the new processors on July 7, 2019. One of the prime options that it offers you will be a rocking 5 GHz clock speed.

Of course, the processor is yet to be launched. But, it is expected to come in the Zen 2 line up. Given the fact that the 5 GHz clock speed is likely to arrive with the processor, we would expect a boost speed of at least 5.3 to 5.4 GHz. The TDP rating should come at around 105 Watts.

The architecture on the Ryzen 7 3700X is better than the previous Zen and Zen+ designs. The technique has been able to pack in more cores in a small form factor and provides you access to the enhanced clock speed without increasing the power consumption requirements. 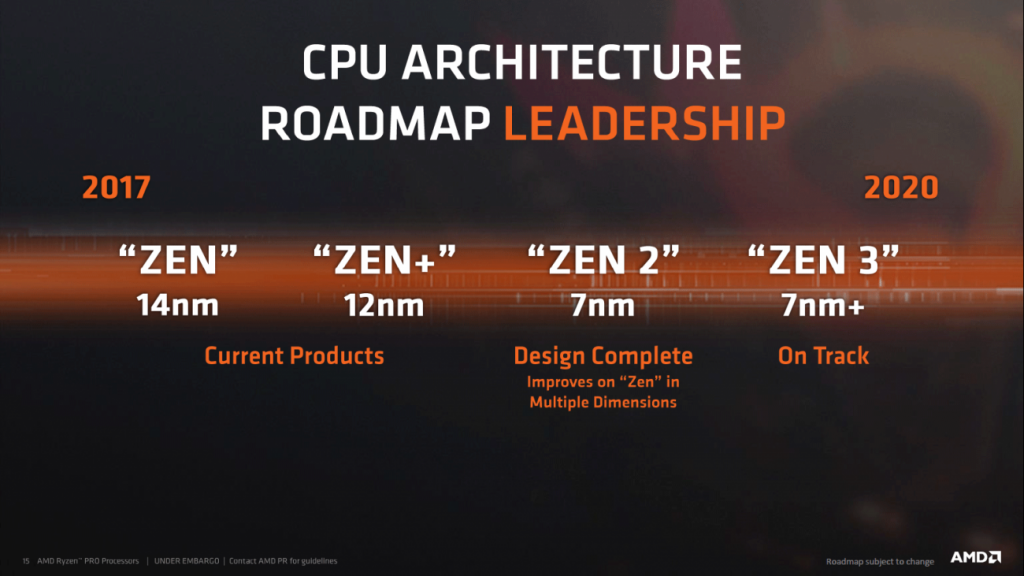 Here is a detailed comparison between the two processors based on a few critical elements for a clear understanding.

The Ryzen 7 3700X makes use of the AMD Zen2 Architecture, while you will find the AMD Zen+ Architecture on the second gen Ryzen 7 2700X. The Zen 2 technology brings in vast improvements that we have already explained.

The performance should ideally be one of the best on the Ryzen 7 3700X than the 2700X. The former has 12 cores compared to the eight cores on the latter. They also differ to the same degree when we compare them based on the total number of threads. The 3700X has 24 threads compared to the 16 threads on the 2700X processor. The Bus Transfer Rates offered by the two sibling processors would be equivalent.

The memory bandwidth and the degree of memory capacity work almost on the same lines on both Ryzen 7 3700X and 2700X. Both of them work with a 64 GB RAM support. If you are checking out the bandwidth requirements, you will find it equivalent once again across the two processors and stands at 21.86 GT/s.

The clock speed performance of RAM supported on both the processors does not show any difference. The Ryzen 7 3700X supports up to default memory speeds of up to 2933 MHz and a boost memory speed of up to 3200 MHz – which is equivalent to the rates observed on the 2700X.

Having gone through the brief review of both the processors, it would be a good idea to compare the two competing processors with a side by side comparison. This head-on comparison would be helpful enough in arriving at the right kind of decision concerning your choice of processor among the two.

The above comparison makes it clear that the Ryzen 7 3700X is indeed a huge upgrade over the 2700X. The better clock speeds, a higher number of cores and threads, and a larger cache are a few pointers that would make it a good option to go with the new Ryzen 7 3700X.

If you are someone involved in 3D rendering, video editing or high-end gaming, the 3700X can be an excellent option you can go with.

That was a complete comparison between the two competing processor options from AMD. Of course, we do not think the comparison is comprehensive and up to date as the 3700X is yet to be launched. We will update the post as soon as the new processor is launched and made available for the public. In any case, we do not expect any significant differentiation.

Check those specifications as featured above and choose the right options based on your exact needs. Share your thoughts with us.