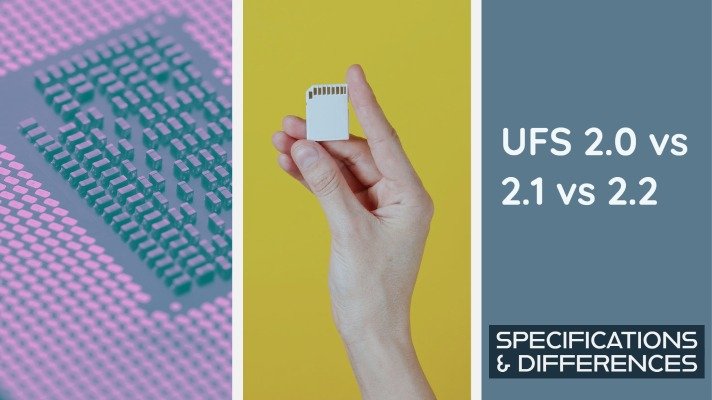 It was designed to bring higher data transfer speed and increased reliability to flash memory storage while reducing market clutter and removing the need for separate adapters for different types of cards.

The UFS as a storage solution has been a popular replacement for the eMMC standard, designed to be one of the unique and best options for providing you access to a faster storage capability.

How does the standard differ from UFS 2.1? Let us try finding out the differences between UFS 2.1 and UFS 2.2.

What is UFS Storage? 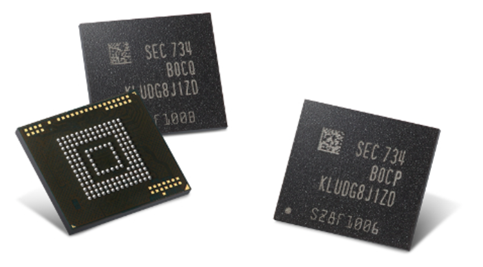 The UFS storage is a successor to the current standard of eMMC. The eMMC standard is a storage solution used on most smartphones, but the new UFS standard, after the launch of UFS 2.1, has begun replacing it, especially on high-end smartphones.

The prime benefits offered by the UFS storage solution lie in the fact that it offers you benefits such as faster serial connectivity while maintaining a lower power consumption compared to eMMC. 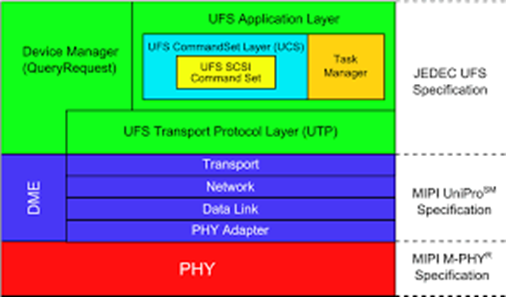 UFS device consists of raw MLC NAND chip(s) and a controller chip, which are put in a standard Ball Grid Array (BGA) package. Typically the BGA package has 153 balls, and ball layout and pin assignments are compliant with JEDEC UFS standards.

If you look at the performance of the UFS storage solution, you will find it is equivalent to the Solid-State drives or SSDs on laptops and computers. It has been regarded as the best solution for an enhanced user experience and faster app responses.

The UFS standard comes with a NAND flash memory and controller. The availability of a controller and flash memory makes it a formidable choice on several counts.

The UFS standard comes with a duplex data transfer capability. This contrasts sharply with the half-duplex option available on the eMMC storage solution. You would find a better number of input/output operations per second and higher bandwidth on the UFS when you compare it to the eMMC storage system.

How Long Does a UFS Drive Last?

A UFS drive’s rewrite life cycle affects its lifespan. There is a limit to how many write/erase cycles a flash block can accept before it produces errors or fails altogether. This is typical of any other flash drivers available in the market today.

Each write/erase cycle causes a flash memory cell’s oxide layer to deteriorate. The reliability of a drive is based on three factors:

The UFS 2.2 version has only been announced, and there are not many details available about it as of now. The current standard for UFS 2.x is 2.1, and for 3.x, it is 3.1. The latest UFS 2.2 standard comes with a few improvements and changes.

As per the information shared by JEDEC, the change available are –

“The purpose of this standard is the definition of a UFS Universal Flash Storage electrical interface and a UFS memory device. This standard defines a unique UFS feature set and includes the feature set of the eMMC standard as a subset. This standard replaces JESD220C, UFS 2.1, and introduces a feature called WriteBooster”.

As you can find from the above description, you would find that the significant difference between the UFS 2.1 and UFS 2.2 standards is the addition of WriteBooster.

This is a feature, as you would have guessed right, that increases the writing speed on UFS 2.2. This would ideally translate into faster application loading and better cache handling.

You will also find it offers a better performance in terms of browsing behavior, faster encoding time, and superior sequential reads & writes.

However, the UFS 2.2 standard has not become mainstream. The high-end smartphones today use UFS 2.1. Once the new version comes to the fore, you can expect the UFS 2.2 to be available on the flagship devices, and the UFS 2.1 standard may be obtainable on lower-end smartphones.

The high-density NAND memory would make the UFS 2.2 standard one of the unique options ever. You will find a swift, stable, and more reliable connection between the RAM and ROM on your smartphone in the future.

When compiling this post on the difference between UFS 2.1 and UFS 2.2, the primary differentiating factor between the two versions is the WriteBooster feature. What exactly is WriteBooster, and how does it improve the performance of your storage chip?

The WriteBooster technology is designed to reduce the startup time for the apps and applications. The feature ensures that the app is launched instantly as soon as triggered. It can also help improve the cache loading times. When you compare it to the UFS 2.1, you will find that the browsers and other activities on the devices tend to get quicker on a device with the UFS 2.2.

Can we expect UFS as “Removable Media”?

Yes, we can expect some UFS removable storage devices. On 30 March 2016, JEDEC published ver 1.0 of the UFS Card Extension Standard (JESD220-2), which presented many of the components and much of the same functionality as the existing UFS 2.0 embedded device standard but with additions and changeovers for removable cards.