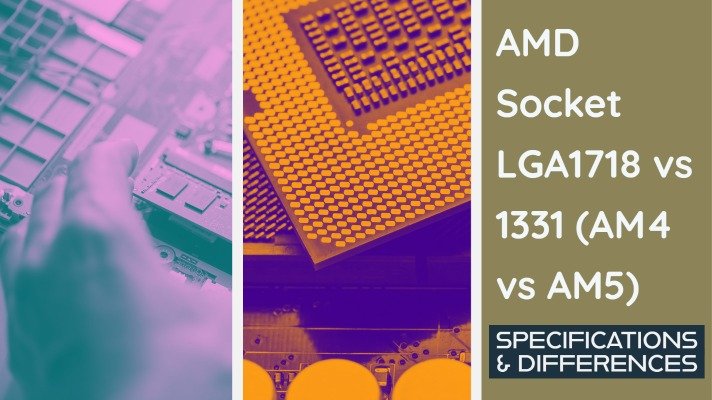 With the new the Ryzen 7000 series, we have a new socket, a.k.a the AM5 platform. This article will compare the AMD Socket LGA1718 vs 1331 to understand their specifications better.

The first noticeable difference you will see is the use of LGA (land grid array) instead of the usual PGA (pin grid array) we are used to seeing on the AMD platform. 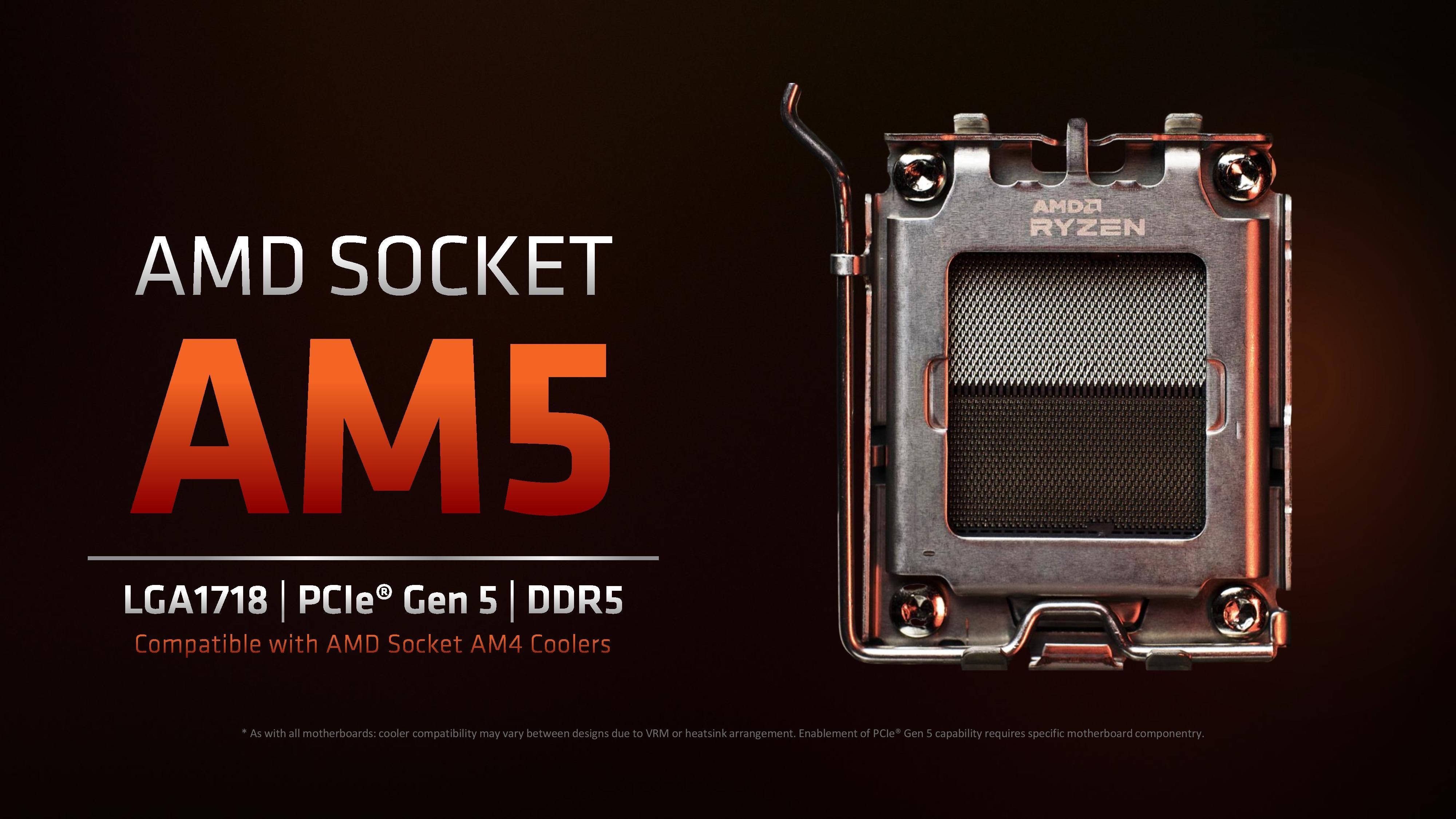 In a PGA CPU, we mostly have a square or rectangular package with thousands of little pins on the bottom. These CPUs go into a socket with the same amount of holes and get held down by a retention arm before mounting a CPU cooler.

Due to its delicate nature, there will be scenarios where CPUs might have bent pins that would need a replacement. With the LGA system, the pins are instead located on the CPU socket of the motherboard, and the processor has contact pads. 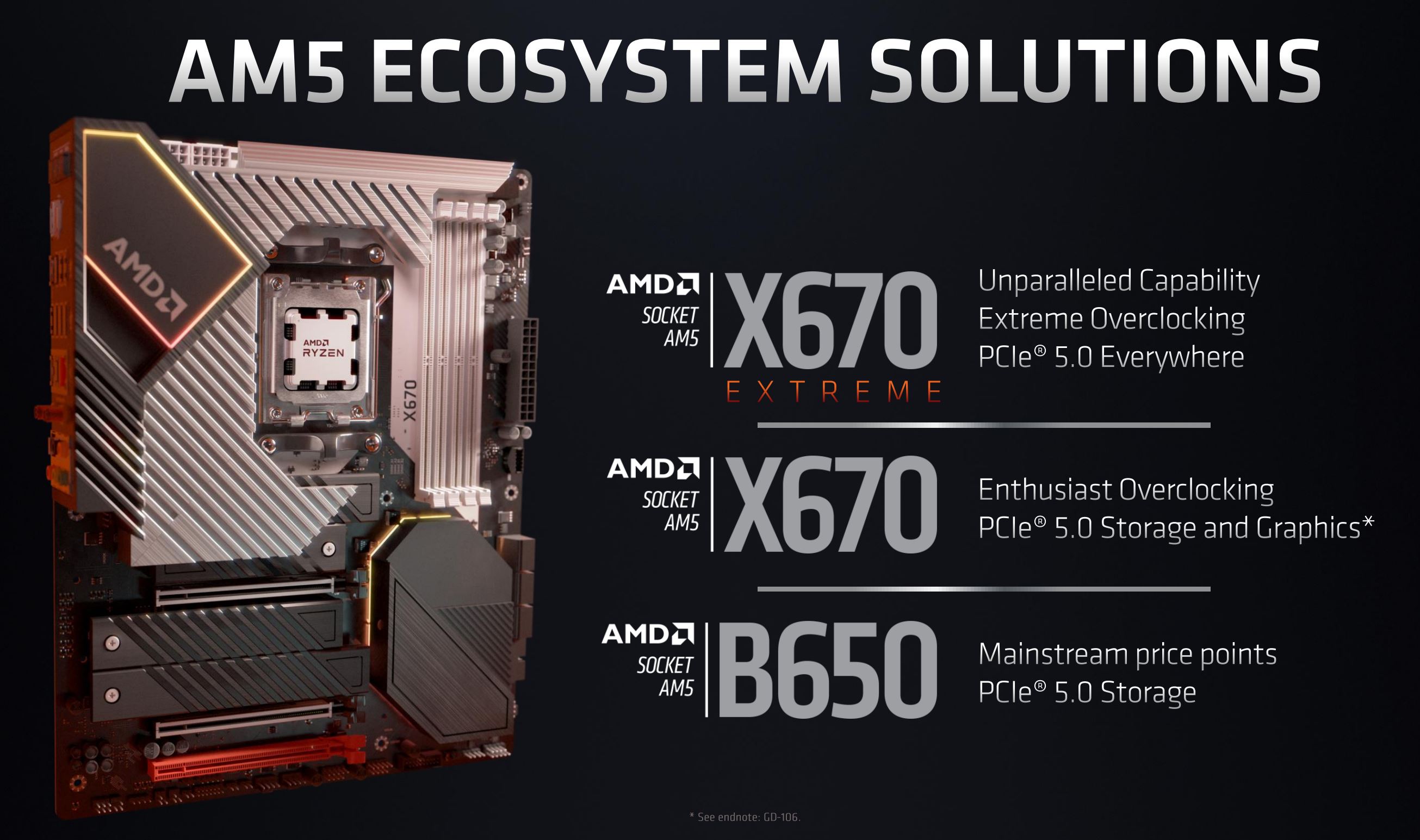 It is more difficult to break a pin on the motherboard than it is to damage a pin on a CPU.

On the other hand, Intel moved to the LGA system way back in 2004. AMD still used the PGA design from AM2 – to AM4. However, their enterprise offerings like EPYC and Threadrippers have been using the LGA system for many years.

Given the same physical size of the socket (AM4 vs AM5), it shows LGA’s huge advancements in contact density. Technically, AMD had to accommodate more contact points to support DDR5 and PCIe 5.0.

To ensure CPU cooler compatibility, AMD kept the AM5 socket identical, which was one of the priority areas for AMD engineers.

Existing AM4 coolers works find with AM5 socket

Intel, on the other hand, transitioning from LGA 1200 to 1700 socket, had compatibility issues with existing coolers. Users had to buy a new bracket or invest in an entirely new cooler.

If you plan to upgrade from AM4 to AM5, you must swap out the CPU and motherboard (and DDR5 RAM).

Of course, you would also need to address the power requirements and thermal density s as long as AMD’s AM5 chips have the same TDP.

If you are on an older Ryzen 3000 or 2000 series build, it might be worth looking for an upgrade to the new 7000 series. For folks on the current 5000 system, the upgrade might not be worth as much.

AMD launched the AM4 socket back in 2016 and was expected to be supported by 2020. Now, AMD exceeded its target, and we expect AMD to support the AM5 platform with similar timelines.

Now let us look at a quick comparison table better the two sockets:

We hope DDR5 RAM modules become more affordable once the 7000 series is out.

AMD Ryzen 7000 also officially marks the fate of its long-serving AM4 socket, with the new AM5 LGA1718 socket superseding it with a freshly publicized triad of new performance-driven chipsets, including X670E (Extreme), X670, and B650.

We hope you like our article on comparing AMD Socket LGA1718 vs 1331. Your comments or suggestions are welcome. Thanks for visiting!