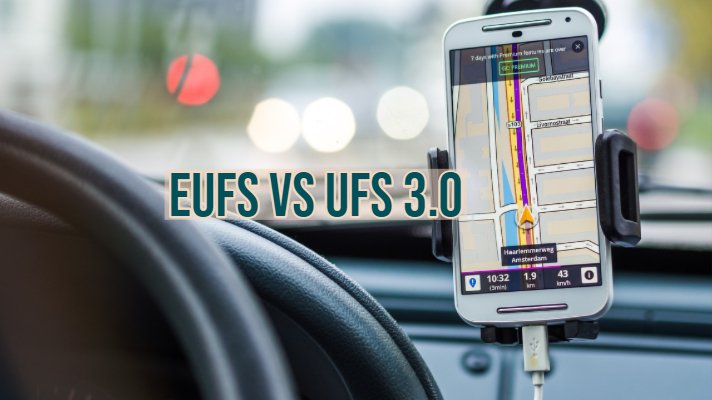 If you are wondering what would be the differences between eUFS vs UFS 3.0 are read along to know more.

Storage space and speed performance are the two factors that play a significant role in the working of smart devices. Historically, smartphones have used the eMMC format for their storage requirements. However, if you have checked out a few recent smartphones, you would find that they come equipped with the UFS format for storage. UFS 3.0 has been the new standard for the smartphone storage needs while Samsung has been focussing on the eUFS NAND storage modules for providing an exceptionally high storage capability. If you are confused between the two, here are a few inputs on how do they differ from one another and what features do they come up with.

UFS stands for Universal Flash Storage. It has become the standard flash storage specification for high-end digital cameras, smartphones, and similar consumer electronic items. The focus of UFS storage format has been on the high data transfer speeds coupled with increased reliability of the flash storage mechanism and jointly developed by JEDEC Solid State Technology Association. The UFS standard has been one of the leading storage options for most of your needs.

The UFS standard is designed to provide you access to the high data transfer performance of the SATA drives comparable to desktop PCs while providing you lower power consumption offered by eMMC. Another advantage that it allows for is the compatibility with the SCSI Tagged Command Queuing which helps you send multiple reads and write requests to your storage bidirectionally.

The new standard in the UFS storage devices is UFS 3.0. The new standard is aimed at providing you access to an increased layer stacking from 48 to 64. It will also be using the 3-bit V-NAND flash memory chip and brings down the power consumption from 3.3 V to 2.8 V.

You will also find the UFS storage options bringing in the automotive use cases to the fore. The new storage capacity standard was announced in 2018 and likely to be available on the devices and processors (Exynos 9820 mobile SoC) in the latter part of 2019. 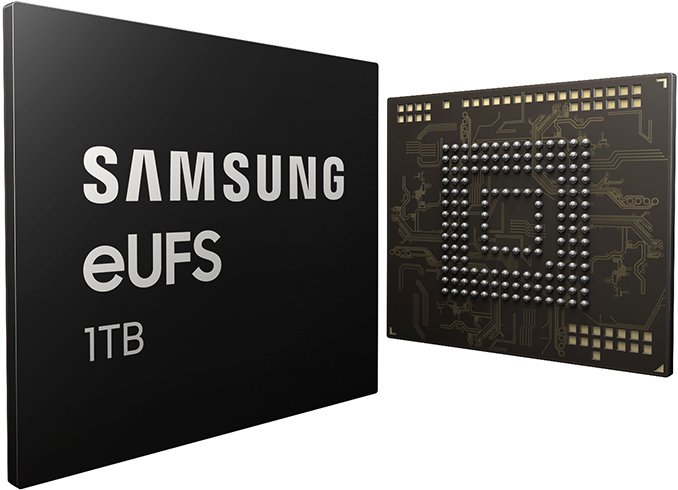 The eUFS is the standard for the storage capacity and is developed by Samsung. An acronym for the embedded Universal Flash Storage, the eUFS storage was first unveiled by Samsung back in 2015. Two years ago in 2017, they even showcased the world’s first 512 GB flash storage for the smartphones. It comes in an 11.5 mm × 13 mm package and is designed to use the UFS 2.1 interface (Not UFS 3.0 as you might imagine).

The company has also launched several versions of the eUFS standard storage on a wide range of automotive use case scenarios as well. Providing you a sizeable sequential read speed reaching up to 860 megabytes per second (MB/s), the storage format comes with a write speed of up to 255 MB per sec. Recently in 2019, the company launched 1 TB capacity for its eUFS storage. These standards are designed to work with the premium notebook PC and other mobile devices.

The 1 TB eUFS storage will offer you the key features like:

Here is a quick comparison table below for more insights:

The new standard is designed to redefine the innovation in mobile, AR/VR devices, automotive solutions, and multi-lens devices like drones and action cams. It also comes with the lower power functionality for an enhanced Low-voltage differential signaling, and Faster data transfer shortens active mode.

Samsung has even moved ahead with the production of eUFS standard storage options for cars. The memory has been designed to work with advanced driver assistance systems (ADAS), dashboard systems, and infotainment usage. The technology offers a read speed of up to 850 megabytes (MB) per second. You can expect the IOPS value of around 45000. The technology used in manufacturing makes use of both UFS 2.1 and UFS 3.0 for enhanced performance.

The storage option for the cars will primarily be in the range of 64 GB and 128 GB options.

When will the phones with eUFS and UFS 3.0 be launched?

The eUFS standard has already been in use by Samsung in its systems. However, if we are talking about the UFS 3.0 standards, we may be able to expect the new launches in the later part of the year 2019.

The new devices with the UFS 3.0 storage options are likely to be available in capacities of 128GB, 256GB, and 512GB. We would also expect Samsung galaxy S10 to offer the new standard of storage capacity. We are also hoping the other devices from manufacturers like Oppo as well, but we may not be able to come up with any specific information as such. It could be too early to make any particular statement in that regard as yet.

Do note that the USB 3.0 or eUFS storage functionality is likely to come up with the high end or flagship devices coming up early 2019. We may not be able to find any devices with the compatibility on the mid-range devices as yet.

UFS 3.0 is the new standard in the internal storage for smartphones and other devices. It has been designed to provide you an almost eMMC equivalent power consumption and storage capabilities along with the better peak performance seen only on the desktops and laptops to your smartphones as well. While UFS 3.0 is a new standard, the eUFS is a proprietary option unveiled by Samsung. The eUFS is designed to make use of the UFS 2.1 standard in its range of devices.

If you want to add more information on the two compelling storage formats, do chip in with your inputs through the comments section here below.