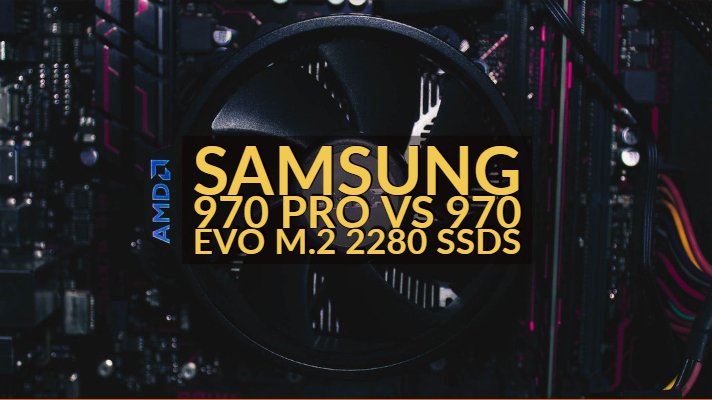 Earlier on Face of IT, we have discussed M.2 SSDs many times before. Today, we will be comparing two of the best M.2 2280 SSDs produced by Samsung, the Samsung 970 Pro vs 970 Evo. We will go through all the little details in order to determine which one stands on the top. But before we get going, here is a little understanding about M.2 SSDs.

While both of them are very similar, they sell at different price points. The devil is in the details. We will be comparing them side by side to understand better how they differ from each other.

Our mobile computing devices are getting smaller. The mSATA interface helped to created thin data cards for these devices (Ultra-books, laptops), which could still communicate with the system using the standard SATA interface. However, the major issue with this solution was the limited performance of SATA 3.0 standard. Thus, a new compact card interface was introduced. Formerly referred to as NextGen Form Factor (NGFF), the new M.2 interface brings following improvements to our storage:

We will discuss this stuff with details some other time. Today, our main discussion is the comparison between Samsung 970 Pro and Samsung 970 Evo. So without any more delay, here we go:

To make sure we understand both of these products and their performance level accurately, we will go through all the technical details and specs divided into several categories; and discuss how these differences will impact their performance. We hope it will help you to choose the right product for yourself. So without any further discussion, here is the side by side specs comparison for Samsung 970 Pro v/s 970 Evo:

We are starting with the necessary details first. Both Samsung 970 Pro and Samsung 970 Evo are Consumer level internal solid state drives (SSDs) manufactured and sold by Samsung. However, they belong to different lineups. Generally meant for mobile computing devices such as notebooks, ultrabooks, laptops, etc., they are now also used for small form factor desktops.

As the table above clearly implies, there is hardly any difference in the platform. They come in the same M.2 2280 form factor. As we mentioned in our previous articles all M.2 2232, M.2 2260 and M.2 2280 are M.2 SSDs only. The leading number describes their length and width. (i.e M.2 2242 is 22 x 42 mm). So in our case, both of these are 22mm x 80mm SSDs. Going further, both of them utilize the same memory components, interface, controller technology and have the same size and type of cache as well.

The only difference we see here is the available capacity variations. The Samsung 970 Pro is available in two variants of 512 GB and 1 TB only. On the other hand, Samsung Evo 970 comes with a lot of options from small to large scale, which is, in fact, a plus point. Suppose you want an SSD for installing OS, so 250 GB will be just perfect for you, rather than investing in 512 GB.

As we described earlier, both of these drives have exactly the same form factor, so the dimensions and weight figures are the same as well.

So after going through this side by side comparison, we can conclude following:

We hope this comparison helps you to understand these M.2 2280 SSDs by Samsung and help you to choose the right one according to your needs and requirements. If you want something small scale, Evo is best for you. However, if you are looking for performance and ready to invest some extra cash, then you can go for Samsung 970 Pro. If there are any queries or suggestions from your side, feel free to drop a comment below, we are happy to help. Make sure to subscribe face of IT for regular tech updates. See ya until next post, Thank You!