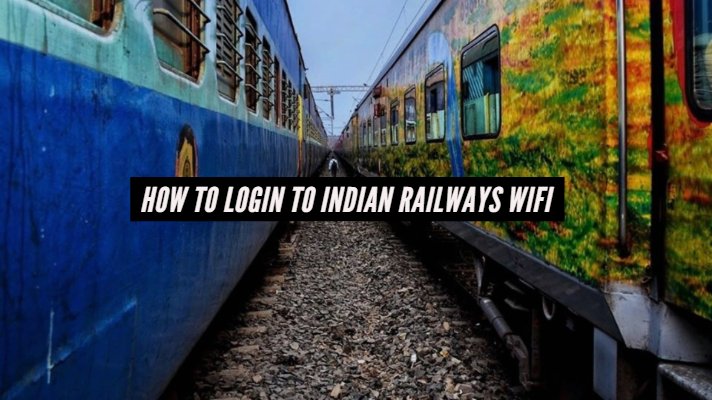 In this article, we explain how to login to Indian Railways WiFi. We also outline the default passwords & various limitations. Read to know more.

Internet is the need of the hour these days. Perhaps we may not be able to imagine anything being done without access to the Internet. Indian Railways understands the importance of the internet for its commuters, and that is precisely what has prompted it to launch the Railway WiFi services. The focus towards the digital India initiative has been quite successful, and we have been witnessing an enhanced interest among the commuters towards using the service.

However, most of the enthusiasts who want to make use of the railway WiFi services do not seem to know to gain access to the Railway WiFi service. With the lack of the official information available, we thought we would explain how to login to Indian Railway WiFi. We will also cover a few other elements of the service in due course of our discussion.

What is Railway WiFi? 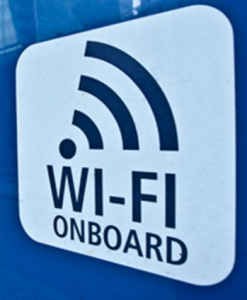 The initiative has been taken based on the massive impetus that the Government of India has been paying towards achieving the best possible digital India program. The Indian Railways has decided to provide WiFi internet facility to millions of Indian Railways passengers at most of the major railway stations in India.

The plan has been undertaken by RailTel and has been providing free and paid WiFi subscription services to the railway commuters in the A and A1 railway stations. The Indian government has collaborated with Google as the technology partner for providing the high-speed WiFi broadband services at the major railway stations across major cities in India.

The services are offered through Railwire. As long as you have a working mobile connection on your smartphone, you can gain access to excellent internet connectivity. The service was planned initially for the 400 stations but has already surpassed the target.

What is the project Status as of now?

The initiative has indeed borne fruits. The railway passengers have been able to understand the importance of the project. The project has been one of the most ambitious projects from the Indian Railways and has been designed to provide you access to excellent internet connectivity.

The facility should ideally help you remain connected to the internet while you are waiting for your train. The service is capable of even letting you download or stream high-resolution videos. It should also help you get your office work done online.

The Railwire WiFi connectivity is provided with the aid of high-speed end to end Fiber connectivity. The service works in partnership with Google. Google is expected to offer the Radio Access Network for the Railwire project. It will also provide the necessary technical support for internet service.

The service has now been extended to up to 1600 stations across the major Indian cities. The Santacruz station in Mumbai became the 1600th station to have the Railwire WiFi Zone enabled in April 2019.

How to Login to Railwire Indian Railway WiFi?

If you have been using the WiFi service on your phone before – it should be easy. It is simpler to work with your device connectivity to Indian Railway WiFi network. Of course, you will need to sign up to the service through your mobile number initially.

That should do it. Your phone will now be connected to the Railwire internet service. You will be able to access the service without any hiccups.

What is the Railway WiFi Speed you can be assured? Any Limits?

The Railwire WiFi service is available unlimited. However, you will not continuously get the same speed.  There is a limit to the speed with which you will be able to access the Railwire service. Read more about the FUP limits and tariff plans here.

The Railwire WiFi service offers you up to a speed of 32 Mbps for the first 30 minutes after registering your number for the service. After the expiry of the first 30 minutes, you can continue using the service, but the speed will be capped at 1 Mbps. If you have been considering signing off, and re-registering to the Railwire network and resume the high-speed connectivity, you are out of luck. The mobile number and the device details are saved on the server and you cannot re-register until the next day.

How many Stations support Railway WiFi?

The Railway WiFi service was launched way back in 2016. The service was the brainchild of the Indian Government and aimed at providing free internet services at all the railway stations across India.

The RailTel service is involved in providing free WiFi internet services to railway passengers without any cost whatsoever. Like we indicated above, Santacruz in Mumbai became the 1600th station to receive the free WiFi connectivity. The RailTel Corporation has set up WiFi connectivity services in 985 stations from its own and other funding.

The connectivity in 415 different stations in the A1, A, and C category have been provided internet connectivity using RailTel broadband backbone with Google as a technology partner. Google will provide radio access for the WiFi service.

The connectivity has already been provided in 200 stations through the provisions of Universal Service Obligatory Fund, under the Government of India. Indian Railways have set a target of completing the WiFi service in 8500 stations across all the major Indian cities.

The Future of Railway WiFi

RailTel is an excellent option when it comes to the WiFi connectivity option. The public sector undertaking has been considered to be one of the largest and fastest public WiFi networks across the world. The undertaking is preparing the grounds to set up free WiFi connectivity in all the railway stations across the country within the next year. The service will be set up in all the stations except the halt stations.

The service has been set up in A1, A and C category stations across India with the help of Google as the technology partner. The free WiFi service will come to 4,791 B, C, D, and E category stations with the support of Tata Trusts. The free WiFi service has already covered a few railway sectors like Delhi-Ambala and Ambala- Chandigarh, as well as Kalka Shimla Hill Railways for the entire sector.

Another exciting feature that the Railway WiFi service would provide you is more than just the railway stations. The Indian Railways has been planning to offer free internet services to the local populations as well. The initiative is aimed, not only at providing you access to the WiFi connectivity at railway stations but take care of the digital divide between urban and rural populations.

As long as you have a smartphone with a working internet connection – for the initial setup – should be able to use the Railwire WiFi connectivity with ease and simplicity. You should have access to the mobile connection with the necessary KYC consideration.

It has indeed become the most significant public sector WiFi network with its wide range of user base. The Railwire WiFi service boasts of around 8 million unique visitors each month. That in itself should prove the efficiency provided by the service.

The speed at which the free WiFi connectivity is being added at the railway stations has been impressive enough. In April 2019, it set up a record of sorts when it configured the free WiFi services across 500 railways stations in just under seven days!

That was complete information on the Indian Railways WiFi services available at the major railway stations in India. It is set to become one of the most extensive and robust public WiFi services on the planet. It is indeed a great initiative from the Indian Railways that should assist you in getting the perfect internet connectivity in the areas that do not have proper broadband connectivity.

In case if you have used the Railway WiFi services, do share your ideas and experiences with us.