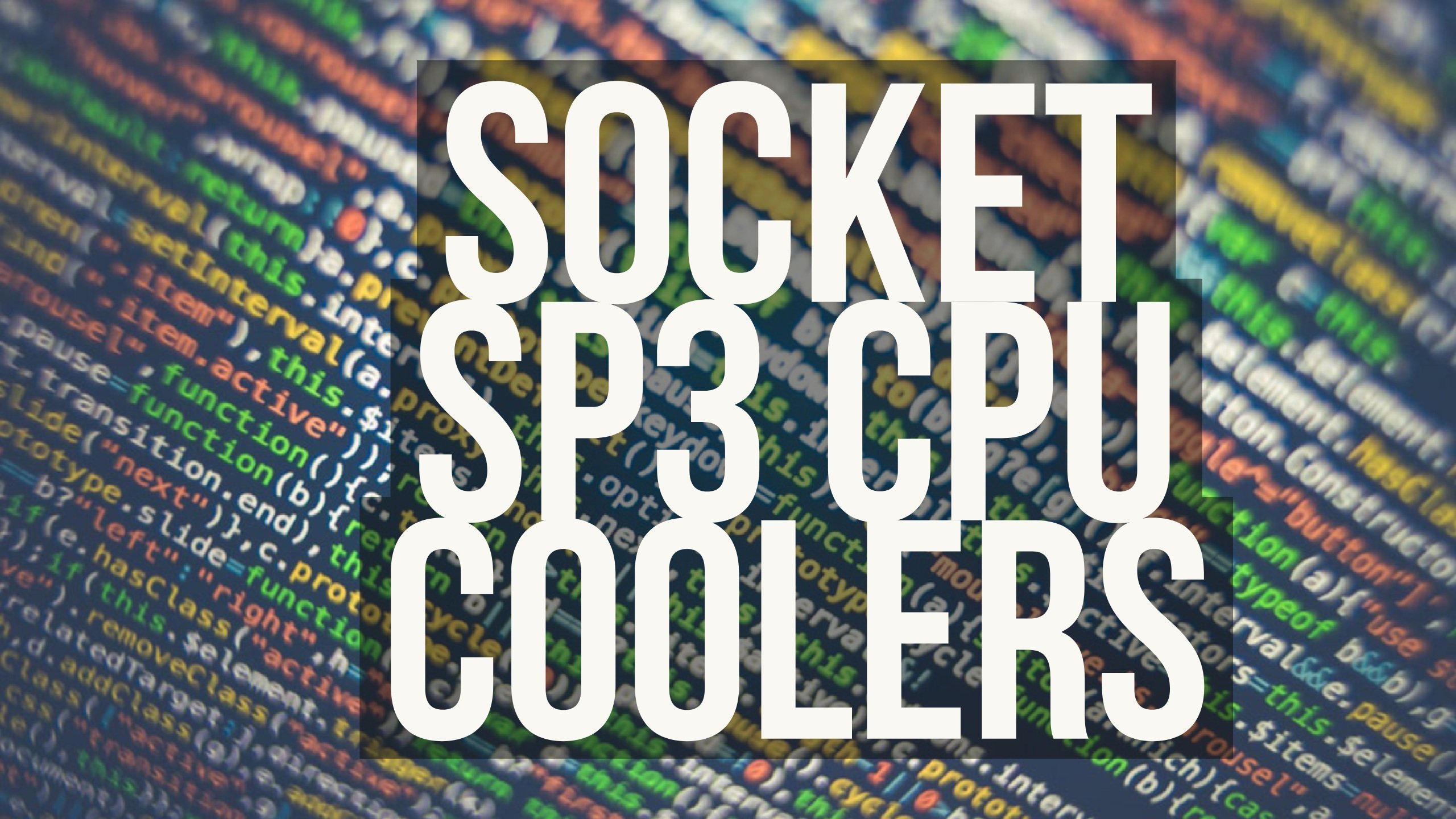 We already listed out the best Socket SP3 motherboards for AMD EPYC processors. In case if you are you looking for a CPU cooler for you AMD EPYC Socket SP3, read on! Here, in this article, we have mentioned a few best CPU Coolers, especially for the Socket SP3. A good CPU cooler helps in maintaining a proper temperature around the processor. Primarily, when you are building an overclocked CPU, the need for an excellent cooling system arises.

CPU coolers are available in a wide variety of shapes and sizes. So firstly you have to narrow down your requirements and budget. It will not only save your time but eventually gets you a better option. The second thing to keep in mind is compatibility. Not all the CPU coolers will be compatible with your system’s case and motherboard. Liquid cooling systems have radiators that range from 120 mm to 280 mm. You must check what the maximum size of the radiator that will fit in your case is.

We are almost sure that all the existing TR4 CPU Coolers meant for AMD Threadripper CPU’s should be 100% compatible with the SP3 socket as well. Check out the link below.

We do, however, suggest you double-check with the manufacturer before buying one. We have only listed out the ones which have confirmed to be 100% compatible with SP3.

We don’t want you to choose the wrong product in confusion. So here is our list of best AMD EPYC Socket SP3 CPU cooler that comes in the range of $50 to $100. This list is in increasing order of price and features too.

The most affordable CPU cooler for the Socket SP3 used for the AMD EPYC processor is Dynatron A26. It has a fan dimension of 60 mm x 60 mm x 25 mm with ball type bearings. The whole unit will take 119 x 79 x 65 mm space of your system’s case. It uses the aluminum heatsink with heat-pipes embedded for efficient and fast cooling so that your CPU remains cool even under heavy usage.

At peak load, it consumes around 7.2-watt power and rotates at a speed of 8000 RPM. At 100% duty cycle, this cooler has an airflow of 43.75 CFM and produces 53 dBA sound, which is a bit higher as compared to the below CPU coolers. 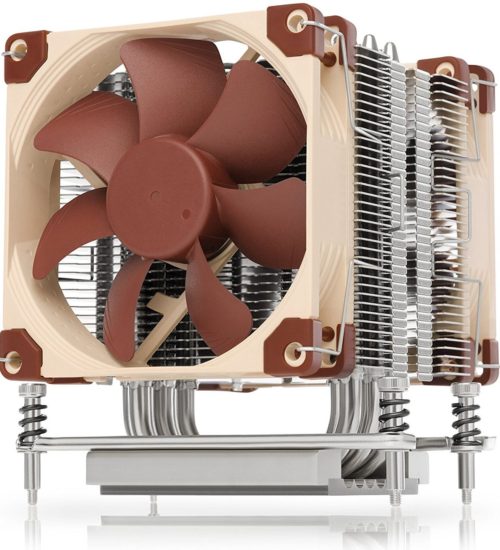 Noctua is one of the brand names that come to my mind when I think about the best CPU coolers for premium systems. Noctua NH-U9 TR4-SP3 is tailored for TR4/SP3 platforms for which are used for the Ryzen Threadripper and Epyc processors. This CPU cooler provides a larger contact surface and as well as the efficient NF-A9 PWM 92 mm fans to keep the temperature of the processing unit down.

It uses dual 92 mm fans in push/pull configuration. This configuration helps in achieving a level of quiet yet optimal heat flow from the processor. These fans have a maximum speed of 2000 RPM that can be reduced down to 1550RPM by using the Low-Noise Adaptors included in the package for more quieter operation. For the peace of mind of the customers, it comes with a 6-years warranty. 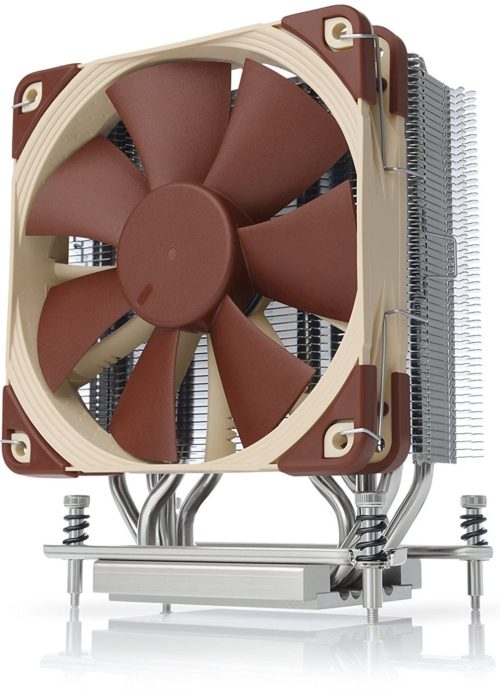 Continuing the legacy of the Noctua’s classic NH-U series, the NH-U12S is an amazing CPU cooler for an SP3 socket for the AMD EPYC processor. It can also be used with the TR4 socket as well, as both sockets are identical to each other. This CPU cooler packs a renowned quiet NF-F12 PWM 120 mm fan that is backed by a 6-years warranty.

It is a complete premium quality solution for your system that combines outstanding performance and reliability at an affordable price. Plus, with its 158 mm height and 125 mm width, it is short enough to fit most modern tower cases and stays on top of your processor. The NF-F12 fan supplied with this CPU cooler has convenient automatic speed control through the mainboard to save for more economical operation and efficient cooling.

Noctua NH-U14S has become a benchmark for high-end 140mm single tower coolers. Like the above Noctua cooling fans, this one can also be used with Socket TR4 and SP3. It is topped off with the renowned NF-A15 PWM 140 mm fans. It is a complete solution for optimum heat flow from the CPU over the base to the heat-pipes and on to the cooling fins. With the six heat-pipes, a large fin surface area of more than 6000 cm²  and a 140 mm fan, it gives a superior level of heat elimination that makes it ideal for the high-end socket SP3 motherboards.

The 140 mm fan combined with the NH-U14S supports PWM automatic speed control through the mainboard. Moreover, the fan speed can be reduced from a maximum of 1500 RPM to 1200 RPM by using the supplied Low-Noise adapter to curb down the fan noise. This CPU cooling unit is custom designed for easy installation with the new socket SP3. Just fix the four spring-loaded screws and you are done. As usual, it is also backed by six years warranty from Noctua.

We have a confirmed list of Coolermaster Liquid Cooling solutions, which the company confirmed to be working fine with AMD’s EPYC Socket SP3 motherboards. Here is the list of the best ones, across the price range from their product portfolio. Check them out below.

AS the name suggests, Lite 120 is the smaller variant of MasterLiquid 120 CPU cooler. It has kink-resistant tubing and matt-black styling. This is one of the most affordable CPU coolers with liquid cooling. The dual dissipation pump and 120 mm fan with air balance design ensure reliable performance and quiet operation. Also, it is easy to install, with its 120 mm radiator, it fits almost all PC chassis. For peace of mind, it is backed by a 2-years warranty from the manufacturer. 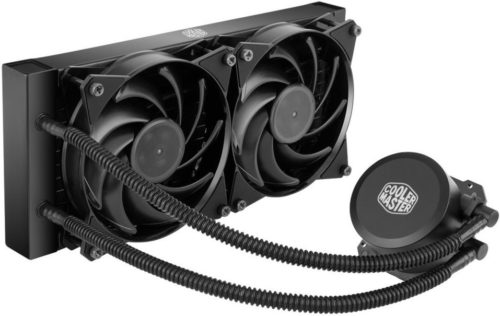 Get a new way to flow the heat from your CPU with MasterLiquid Lite 240. Its fiber-reinforced polymer (FRP) construction prevents it from a wide range of chemicals and moisture. Liquid cooling has an advantage of silence. Plus, the sturdy build of the MasterLiquid Lite 240 ensures even lesser noise and vibrations, making Lite 240 the quietest CPU cooler in its class. It has a dual master fan with air balance design to exhaust air through radiator fin. Below are the specs of this CPU cooler with liquid cooling for the AMD EPYC processor. 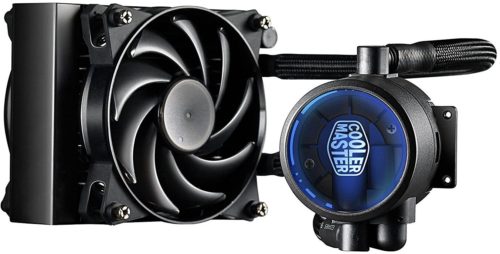 MasterLiquid is the same as the Lite 12, but with more airflow capacity and more effective cooling, that also increases its cost. The noise level of MasterLiquid is in the range of 6 to 30dBA, which is even lesser than the noise in libraries (40dBA). The MasterFan air balance blades push the air out of the case. The push-pull mechanism of the fan provides added pressure to push hot air through the radiator. Installation of MasterLiquid CPU fan is straightforward; all you need is your hands, a screwdriver and a few minutes. 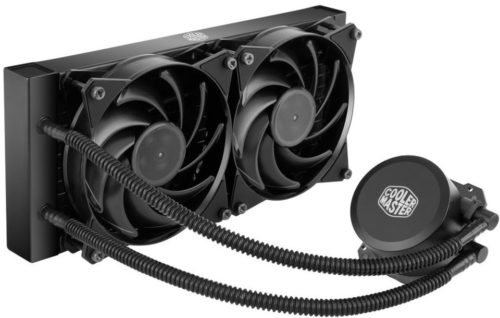 MasterLiquid 240 is the bigger version of the MasterLiquid 120. While the latter has one fan, the former one has a dual master fan with air balance design. Thus the MasterLiquid 240 got a perfect balance of flow and pressure to exhaust air through radiator fin. Its fiber-reinforced construction resists a lot of chemicals and moisture, making it oxidation and corrosion-resistant. Thus the enhanced capabilities of this liquid cooling CPU fan due to the dual fans with push and pull mechanism make it better than the above-mentioned CPU coolers for AMD EPYC processor.

Silent performance, liquid cooling, and RGB get all-in-one with MasterLiquid 120L cooling fan. If you love fancy lights coming out of your CPU, this one is for you. The easy to install 120 mm radiator and dual-chamber pump with RGB lightning that sync with the pump. It has MF120R RGB fans that use a silent driver IC that smoothens not only the fan operation but also reduces fan clicks and vibrations. 120L cooling fab comes with six pre-set effects  along with brightness control button

MasterLiquid 240L is the ultimate liquid cooling CPU fan for the AMD EPYC processor Socket SP3. If you feel that 120L will not be enough for your system, then it’s not a bad idea to get a bigger one. MasterLiquid 240L comes with RGB lighting on both the fans that work in synchronism with the pump. Also, like in 120L, this one offers some presets and brightness control buttons to get the personalized feel. Its dual MF120R RGB fans give it an advantage over the 120L to pump out more heat from the processor quickly. If you have a good budget, MasterLiquid 240L is the best for the AMD EPYC processor to fit in Socket SP3.

One of the best-recommended options for AMD EPYC SP3 socket, it has an Aluminium PWM blower. This can ensure an exhaustive cooling performance. It does support CPU power for a limit up to  225 Watts heat dissipation capability.

You have access to Copper Heatsink with Vapor Chamber Base. Active cooling offered by PWM Controlled blower performance. The cooler is recommended for the 1U server and up and works with power up to 180 Watts. 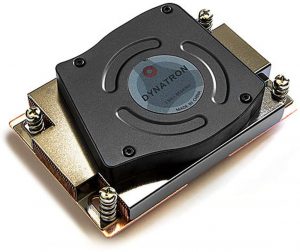 It shares the same platform as the previous option, Dynatron A28. The Copper1100 Heatsink with Vapor Chamber Base and a stacked fin blower are a couple of features that would make it an exciting choice.

Offering a 4 pin power connection, it provides you access to a wonderful thermal performance with socket SP3 compatibility.

We expect to see this list expanding over a period of time when more vendors have certified SP3 coolers. However, as mentioned before, do check the Socket TR4 coolers, which we suspect should be 100% compatible with the socket SP3 platform.

We hope you like our article on the best AMD EPYC Socket SP3 CPU coolers. Suggestions, feedback, and comments are welcome down below in the comments section. Thanks!