In the last two months, we witnessed the release of a beast of a CPU under the name of Intel’s Core i9 processor series. AMD surely does not want to stay behind in the mega core battle and is all set to uncover their Ryzen Threadripper CPU chips, in this very same week. These processors would be having a maximum of 16 cores and 32 threads.

At release, these are the AMD Ryzen Threadripper processors, that you be available at launch.

AMD will be releasing three versions including a 16-core, 12-core, and an 8-core part. All of these Threadripper CPUs have 64 PCIe lanes. They are quad-channel DDR4 memory compatible. They are based on x399 platform and use the new TR4 socket. It means that you will have to build the PC from scratch, saying bye-bye to most of your old components. 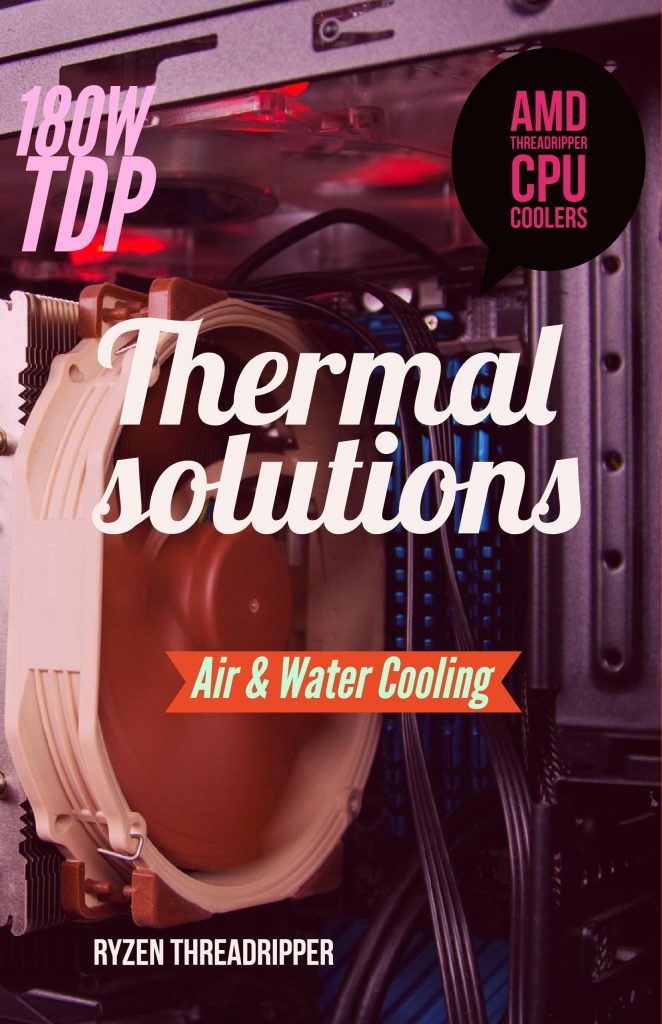 AMD has released the latest range of Threadripper CPUs However if you are well versed enough with the massive size of the CPU that these come with – it may not be that easy to find the CPU coolers for those Threadripper CPUs. The Threadripper CPUs will now come with the TR4 socket in sharp contrast to the pin grid array features used in the previous range of CPUs from AMD. So, do we have any options for the best Threadripper Cooler with HIS coverage and TR4 Socket? Let us check out the opportunities we can check out.

There are a few manufacturers who have come forward and planned TR4 compatible sockets for the best experience in HIS coverage and performance. Of course, the CPUs are still newer, and you may need to search intensively enough for the best CPU coolers for the more modern AMD processors. 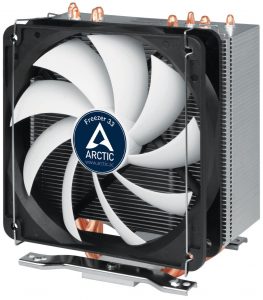 The semi-passive tower CPU cooler is one of the best options in itself. The semi-passive performance can be helpful enough in saving energy, improving the service life and silent operation.

Some of the features that make it a great choice include –

If you feel you need to give it a try, you may check it out at this link on Amazon. 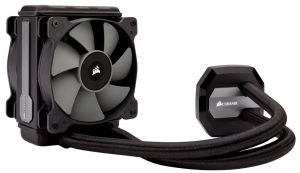 One of the flexible and powerful options for the high-end CPU cooling, it offers you a high-performance CPU cooling. It should ideally work with almost all dominant standard 120 mm radiator mounts.

If those features impress you enough, why not check it out here on Amazon. 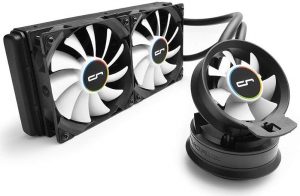 The closed loop cooling should be one of the best options t make it an excellent choice for almost all your cooling requirements. Cryorig takes it to the next level with the PWM controlled fan. It makes the best use of hybrid liquid cooling for the best results.

Do you think the CPU cooler is capable enough for your performance? You can gather more details on Amazon. 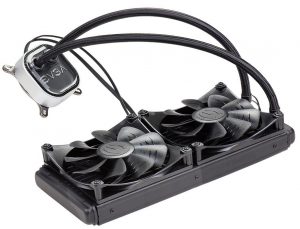 An all in one cooling system for all your requirements in terms of a completely self-contained functionality. An easy to use plug and play compatibility is what should ideally make it an excellent choice for every standard.

What are the features that we would consider practical enough with the CPU cooler? Here are a few of them –

Would you want to give it a try? You can find more information at this link on Amazon. 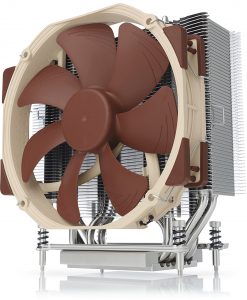 The award-winning service and service provider, it has been one of the prominent options for almost all your requirements. It has been one of the high-end benchmarks for the 140 mm single tower coolers. The TR4 SP3 version has been specifically designed for the AMD Threadripper design.

Want to give it a try? Here is how you can get it at this link on Amazon.

Well, those were a few options for the best AMD Threadripper CPU Coolers you can go with. While all of them come with the IHS functionality along with the TR4 socket functionality, you may find partial or full compatibility with the feature. You can check out the options for enhanced performance. Of course, there are only a few options currently made available, and we may need to wait a while for broader availability of the CPU cooler options.

Have you used any of the options outlined in this compilation? Share your thoughts and experiences with us. 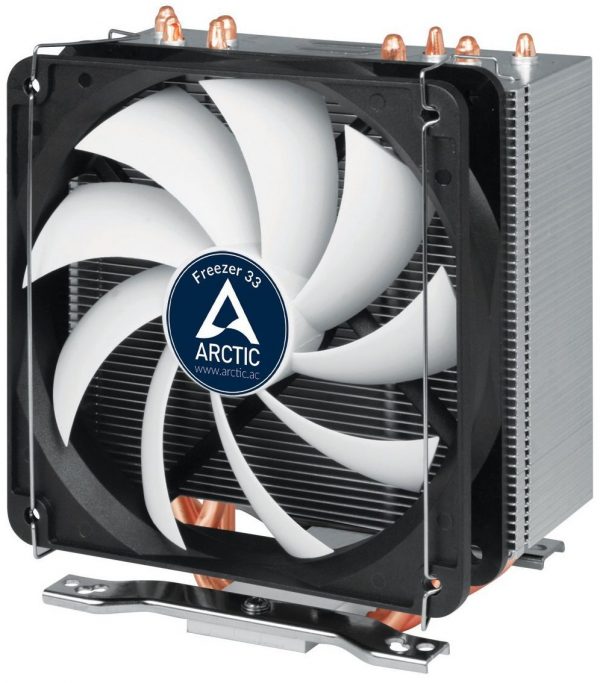 It is a great budget CPU cooler with the impressive performance. It combines alloy and lubricant for achieving friction free functionality for reduced noise and increased efficiency. The fan featured in the cooler is semi-passive and runs only when required. It has minimal o no interference with the RAM. It is compatible with a wide range of Intel and AMD CPU sockets. 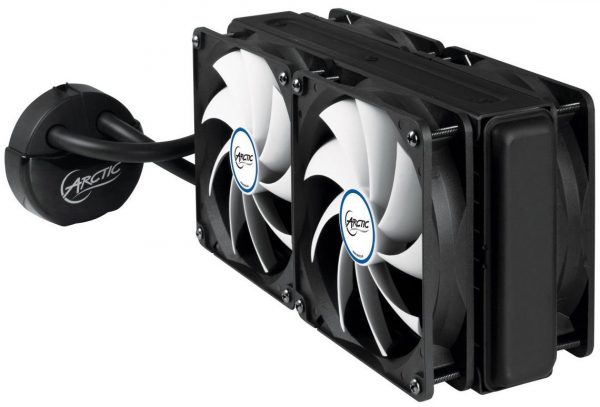 It is capable of cooling down your CPU in extreme conditions. Despite possessing 4x 120mm fans, it remains silent most of the times. A great airflow is maintained as two fans are mounted on the opposite side that of the radiator. Rests of the fans are used for pulling out the air. The fan speed is controllable through PST.

You can say it is an upgraded or much powerful version of the previous 240 model. It is packed with 390mm radiator paired with a powerful water pump. Six 120mm fans are backing up the airflow. Despite the number of fans and the impressive airflow performance, it remains silent most of the time except in peak moments. 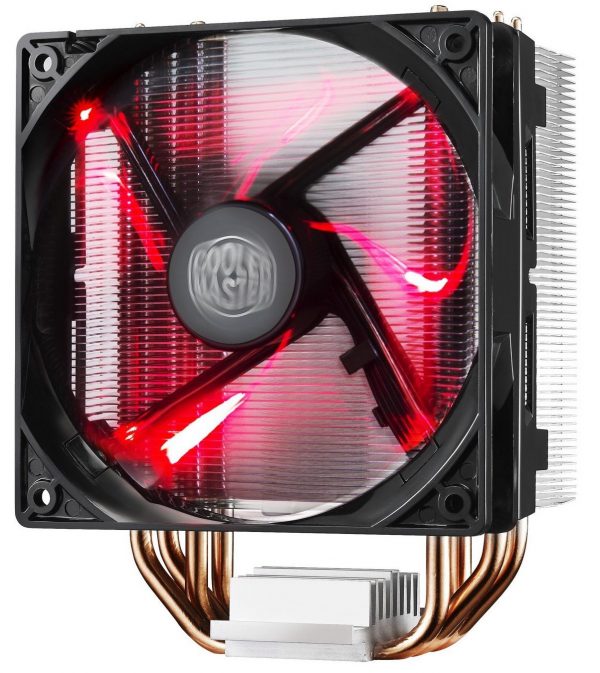 This so-called TR edition is not yet available anywhere on the internet, or there is not an official announcement by the manufacturer. However, AMD has mentioned it in their list of thermal solutions for their upcoming Threadripper CPUs. Thus, we can expect the new version to be launched soon. However, here is a quick look at the currently available version.

Two chambers are used for preserving sensitive components. Unlike traditional coolers, micro fine plates are used, that absorb more heat. The pumping technology is identical to high-end DIY models, helping the unit to take the liquid to the hot parts and carry it away quickly. Moreover, a unique radiator fin cools down the heated liquid quickly. 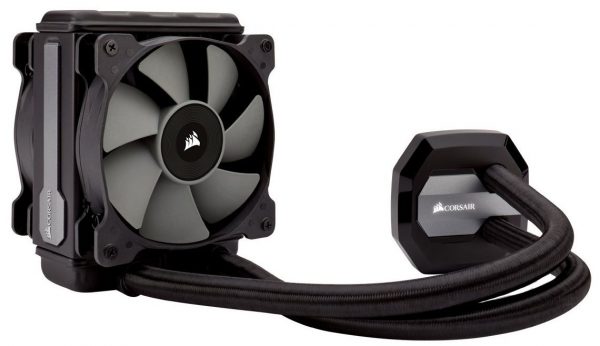 It delivers rapid cooling with superior fan depth. The cold plate and pump are designed to decrease noise and operating temperature. Corsair link is there so that you can monitor temperature and other aspects, customize lighting and also adjust the fan speed without direct access to the components. Compatibility version for TR4 socket would soon be released.

It is equipped with high capacity 240mm radiators. It takes advantage of the latest dual radiator mounting points provided by most of the new cases, which allows efficient cooling compared to single radiator units. Both the fans are PWM header compatible so you can keep them under control, anytime. No doubt it deserves a place on the AMD’s list of Threadripper CPU coolers.

Thanks to all the extra accessories, this unit is elementary to install. Up to medium settings/load, it sits quite silent. As far as we are talking about any modern gaming cases, you are less likely to face any trouble. Talking about the performance, it is quite identical to H105 discussed earlier and did the job pretty nicely. 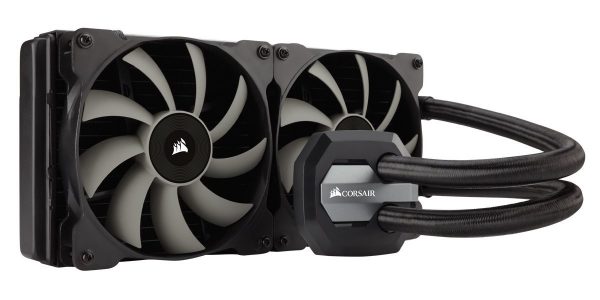 It features 280mm radiator. The lower temperature is maintained with enhanced cold plate design that delivers improved efficiency. The fans speed is controllable and delivers static pressure airflow, which is important when it comes to liquid cooling solutions for your CPU chips. Following is a quick overview: 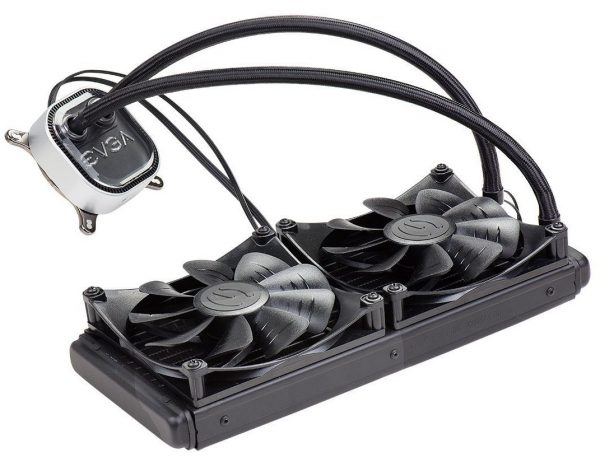 By now, EVGA is the only manufacturer to officially announce their cooling solution compatible for Threadripper CPUs or TR4 socket. It is the only EVGA products on AMD’s list of compatible Threadripper CPU coolers. It is equipped with RGA light that can be synced with other EVGA RGB components. That’s all we need, don’t we? 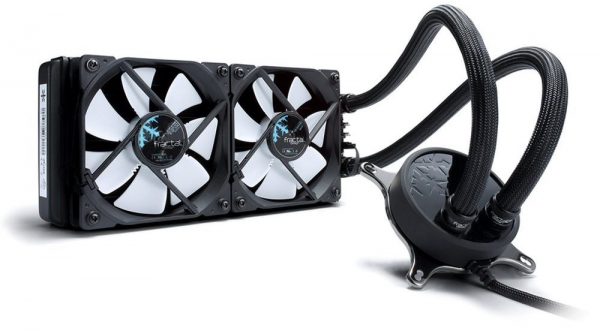 For the price, it is the best cooler of its kind. The installation process is super easy. Even a person with zero to minimal knowledge about how a computer works can easily install it without having much trouble. Talking about the performance, it is not always silent as they advertise it, but it certainly sits silently on minimal to medium load. It may get a little noisy at peak moments.

Celsius series coolers are known for their noise-free functionality and impressive cooling performance. High edge technology is used for delivering this level of performance in under budget coolers. Maximum airflow is delivered with powerful X2 GP12 PWM fans during heavy usage. These fans sit silently on medium loads.

It is an efficient and silent cooler with the impressive performance. The CAM software allows you to control both the fan and pump tuning. Advanced light effects are there for customizing the pump so that it matches with the theme of your rig. It uses high-quality rubber tubing for durability over use. 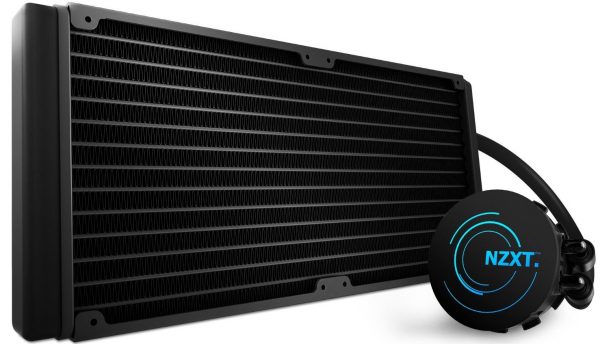 The cooler hardly gives you anything to complain about. The installation is quite easy and the in box manual is very well detailed. Talking about the AMD Threadripper CPU compatibility, they will be releasing mounting bracket for TR4 as they did for AM4 soon enough. However, following are some specs that may interest you:

Like most of the units in Kraken series by NZXT, this one is also featured with advanced control over entire unit including the fan and the pump, through CAM’s software. You can always get the optimum performance of your will in your intense gaming sessions. If NZXT is new for you, their six years of warranty may make you feel safe to give them a shot. 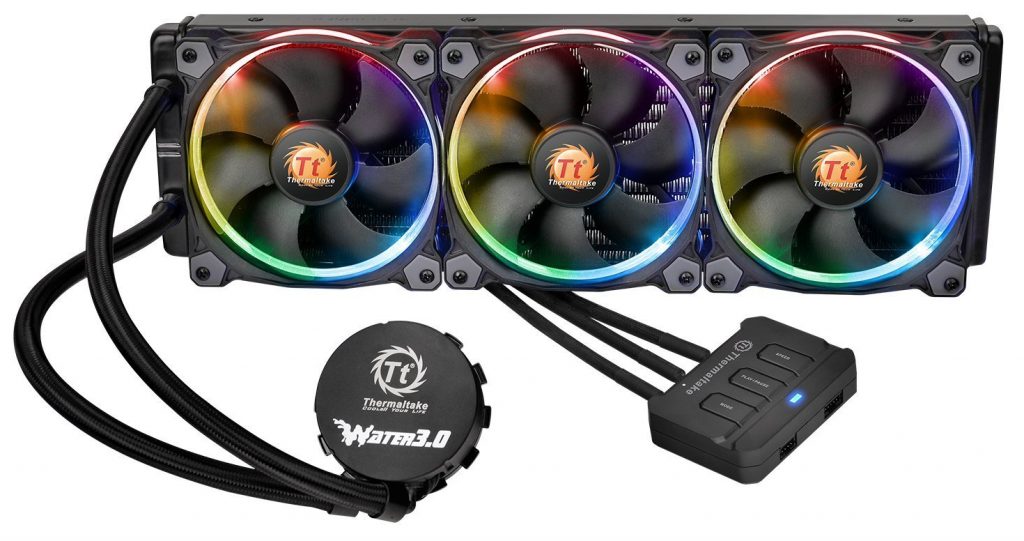 It is a power-packed cooler perfectly suitable for overclocking enthusiasts. The unit is extraordinary in any manner. All of the three 120mm fans support smart controller and deliver static pressure air flow. It might seem a little bit costly, but the price is worth paying. The good news, however, is that looking at the specs and features; it is all set to rock your rig with full Threadripper support. 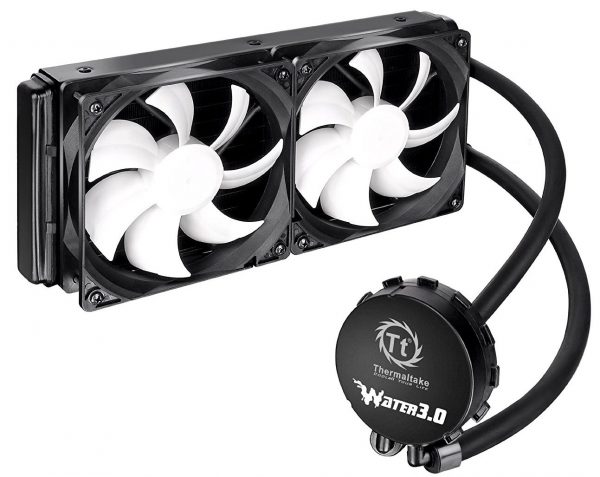 It is a perfect product for those looking for a high-efficiency CPU cooling system with a limited budget yet impressive performance. You cannot simply doubt one’s capability just by looking at the price or looks as AMD itself has recommended it for their upcoming CPU family. Following are some specs:

We hope you like our compiled list of the best CPU Coolers For Socket TR4 Threadripper CPU’s. For any suggestions or feedback, please use the comment box below. Cheers!