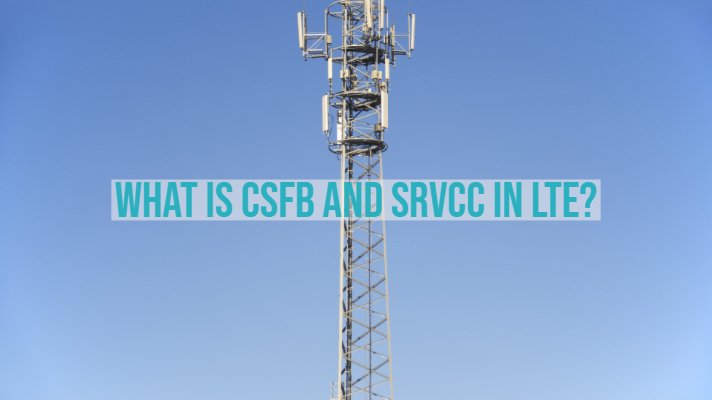 LTE or 4G network is growing at a steady speed. In today’s scenario, the pace at which the network is being deployed has been one of the pressing matters. In any case, that should not stop us from understanding the technology and a few concepts involved in the 4G or LTE technology. The number of 4G users is growing at a steady pace, and we see reaching greater heights quite soon. From that perspective, here is our attempt at learning and understanding what is CSFB and Srvcc in LTE networks.

Whenever a voice call or an SMS is received on an LTE equipment, it falls back on the 2G or 3G network to complete the call or deliver the message. CSFB is seen as the interim requirement for the LTE operators to provide the calls and messages through the network. The VoLTE or Voice over LTE has been considered to be the long term solution that will not need any fallback mechanism to be followed.

Whenever a user receives a voice call or an SMS or even makes a call or sends a message – the device switches from LTE to any legacy network like 2G or 3G. This transition or switching is taken care of by CSFB.

How does CSFB network work? 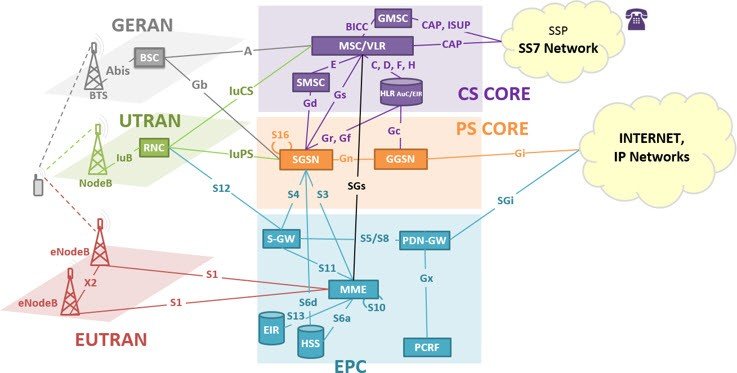 That is where a new interface, referred to as SG and it connects to MME or Mobility Management Entity comes to the fore. This forms a bridge between the LTE network and MME to share information on the location of the user device continuously.

Imagine that the device is in LTE and has established a data connection. If you attempt making a call, the user device sends a request to the MME. The MME then checks if the device is CSFB capable. If it finds the capability is available, the eNodeB is notified to transfer the network to legacy status. The eNodeB now checks the best network available in the neighborhood and handles the transfer.

SRVCC stands for Single Radio Voice Call Continuity. Once again, just like CSFB, it is a system for handing over the services between VoIP over IMS in LTE and voice call (or SMS) in a legacy system. This is ideally useful in those scenarios where a user is active in a voice call or LTE or on a VoLTE call if the strength of the network weakens, SRVCC will help you switch to a legacy network to ensure continuity in the call and its clarity.

The technology is designed to provide a smooth transition from a PS network to a CS network. It is not precisely a handover functionality as in the case of a CSFB connectivity. The technology is for transfer of a call originally commenced in LTE to any other legacy network.

The advantage that this system offers you lies in the fact that your call will not drop when you move from an area with a good LTE coverage to an area where there is practically no LTE network, but there is a legacy network, i.e., a 2G or 3G network available. If you want SRVCC to work, you should need to have your device registered on both the LTE network and the legacy system that needs to support SRVCC.

How does the SRVCC technology work?

When the user device realizes that the active LTE connection strength while on a call is decreasing, it signals the information to the eNodeB. This commences the SRVCC handover process. The eNodeB then looks for the best available service around in the neighborhood and sends a handover request to the network, i.e., MIME.

A new voice call request is initiated and sent to the IMS with a unique SR STN (Session Transfer Number for SRVCC). This unique number is received by Server Centralization and Continuity Application Server or SCC AS. The SCC AS is an application server that assists in handling the SRVCC. The SCC AS begins the handover process to the legacy network in the vicinity.

Once this is done, MIME confirms the handover request provided by eNodeB. The eNodeB then transmit the confirmation of the handover to the user device. Now, the user device is detected by the legacy network, and the call continuity is established. This completes the transfer and thus completes SRVCC handover.

The fundamental differences between CSFB and SRVCC

We hope our article was helpful enough to understand the key differences between CSFB and SRVCC. If you have any questions, suggestions or corrections, please drop us a comment below. Thank you for visting us!