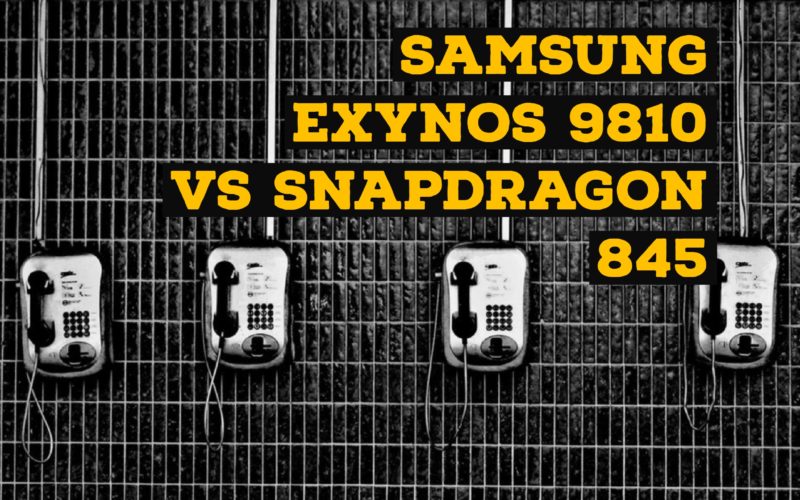 Comments Off on Samsung Exynos 9810 vs Snapdragon 845: Specifications & Feature Comparison12260

2018 is going to be a year to be looked ahead to – considering the exciting new smartphones that are upcoming. With 5G technology coming up, smartphone manufacturers will look forward to processors with more capacity. Qualcomm which has been one of the preferred chipset manufacturers for most of the Android device makers. The Snapdragon 845 is the new flagship SOC from them. Then there is the flagship of the year from Samsung, and the Galaxy S9 is coming up with it, the Exynos 9810 (In select markets). How do they fare against each other? We will check out and present a comparison between Samsung Exynos 9810 vs Snapdragon 845 in today’s post.

To begin with, both Samsung Exynos 9810 and Snapdragon 845 have been built on a similar lithography process – Samsung’s second-generation 10nm FinFET LPP process. Both of them come with the Octa-cores and Gigabit LTE modems.

Other standard features of both these models can be listed as dual-ISPs, Bluetooth 5.0 and support for 4K screens. With the emphasis on AR and VR technologies, you can expect advanced developments in machine learning and AI capabilities.

Here is the comparison based on the build and functionalities –

Artificial Intelligence and Virtual Reality are the two features that would make or break the new device capabilities. Accelerated machine learning has been what we will be looking ahead to. The CPU that works towards achieving this can stay up the ladder of success.

From that perspective, we would consider Qualcomm a little ahead with its Hexagon DSP integration. It is used for rendering audio, imaging, and offloading machine learning tasks. The AI and VR capabilities are designed to be achieved with a combination of CPU, GPU, and DSP to preserve power efficiency. The Snapdragon 845 is designed with a shared system cache to enhance the capacity of the processor in its resource sharing abilities for a better machine learning capabilities.

Samsung Exynos 9810, however, also comes with dedicated hardware for handling AI tasks and deep learning techniques – mostly for image processing. The previous version of the Exynos processor had a dedicated Vision Processing Unit.  We would assume the availability of the same this time around as well – but Samsung has not mentioned something along those lines.

We would assume that both these competing processors will support AI, VR, and machine learning aspects, but the degree and the manner in which they achieve it would be different. Whether regarding power consumed or performance level, there is bound to be ample differences. The exact status may only be available at the launch and review of the actual devices with them on board. 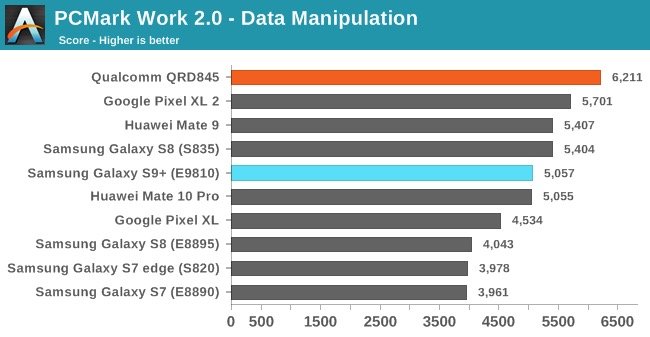 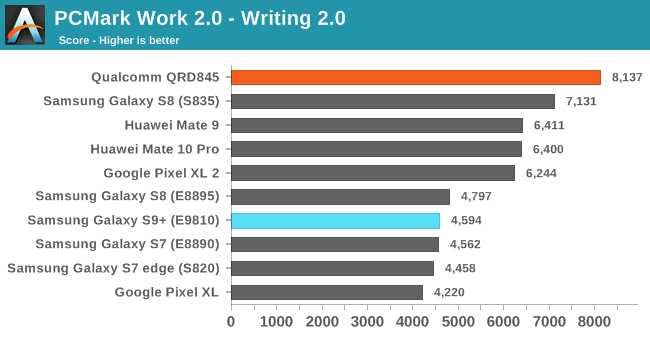 We do not expect much of a difference between the two regarding speed. Both of them will come with Category 18 LTE modems. You can expect aggregated speeds of 1.2 Gbps download and 150 Mbps upload speeds theoretically (The actual rates will be dependent upon the device manufacturers and network service providers).

Media is another aspect that both of them appear to be pushing towards better capabilities. 4K UHD video capture and playback are supported on either of them. They also come with dedicated resources to handle these demanding tasks. Support for dual camera functionality is evident in both Exynos 9810 and Snapdragon 854 signaling many devices with enhanced camera features.

Dedicated hardware for security features is yet another point that both of them compare well with each other. The device is meant for handling biometric information like iris scanning, fingerprint, and facial scanning.

The security features assume more of importance with the advent of mobile banking and other aspects of mobile payments. Both Snapdragon and Exynos live up to expectations.

Which One Would Be The Best?

Well, the specifications alone may not be the right candidate to choose the best performer among the lot. The actual performance would be what will only be decided with the flagships that they will come equipped with. Benchmarks give an upper hand to Exynos 9810 on a single core score, while the multi-core scores remain almost equivalent on both of them. In fact, even in the multi-threaded performance – Exynos 9810 offers you a slight edge over Snapdragon.

The competing processors are based on the similar requirements. From that aspect, it would be perfect regarding feature set and the architecture. Both of them cover all aspects of performance, connectivity, and multimedia. In fact, Samsung uses its processors on its own devices and thus they would be able to customize the processor and the mechanisms for the best experience concerning practical usability. Qualcomm, on the other hand, will need to cater to the customer demands a compelling competition. In fact, Qualcomm has packed in a host of features, but it remains to be seen how many manufacturers are willing to make use of all these OEM features.

Let the devices come up with those competing processors, and maybe we would be able to come up with a detailed review and comparison between the two.