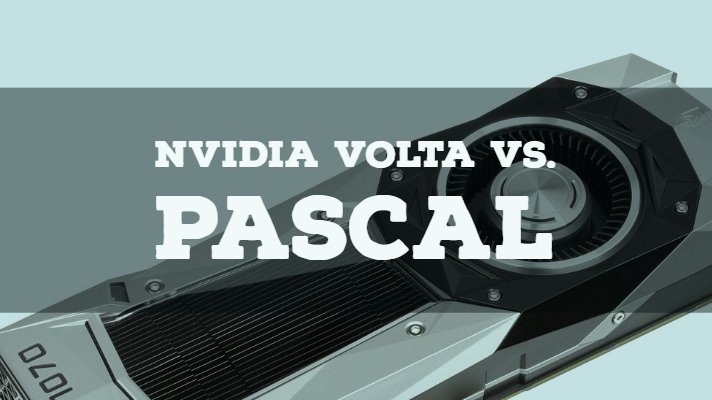 Volta is the new graphics architecture released by Nvidia. The new architecture is yet to be made available to the consumer market at large. Volta is what is set to replace the Pascal Graphics architecture. What changes does it bring up with it? Nvidia Volta will come with the DirectX 12 support and configured to deliver advanced async capabilities. We will check both the architectures (Nvidia Volta vs. Pascal) and compare them to arrive at what we would be able to expect.

Nvidia has recently launched the latest Volta Graphic architecture as a successor to Pascal architecture. The architecture would be used to govern the performance of their graphics cards. In fact, being the latest graphics architecture, it would indeed bring more significant improvements and enhancements with its deployment.

Volta happens to be the latest in the series for the graphics architecture from Nvidia. The dominant feature that would make it one of the best choices is the power that it packs in. Designed to succeed the Pascal graphics architecture we just featured above, Volta Graphics Architecture uses Tensor cores in addition to the CUDA cores.

The Volta Graphic Architecture is what would support Architectural Intelligence. That would make them suitable for the machine learning and similar other high-end performances. It would run on high-end 12nm manufacturing processes. The Volta graphics architecture would work on HBM2 memory. You can be assured of excellent computer performance.

Some salient features of Volta Graphics Architecture can be summarised as –

The Comparison Chart for Volta and Pascal Architectures

A tabulated compilation of the features would provide you an excellent option for the perfect comparison between the two graphics architectures. We present the comparison in the form of the chart here –

What Changes would you find in Volta?

Well, Volta is indeed a vast improvement over Pascal. Though we are not belittling Pascal in any way, Volta is set to bring in newer changes in the functionality of the architecture with a few enhancements in their own right.

Some of them can be summed up as –

Apart from the above enhancements, we also observed a few cons as well. The clock speed has been reduced in comparison with the Pascal. We would not find it an exceptionally colossal disappointment either.

The service and the architecture are expected to grow still further. We have an expectation (or should we say a hunch feeling) that the newer versions of Volta Graphics architecture will indeed bring more modern enhancements to support the future technologies.

Given the performance improvements and need for the enhanced architectural optimizations, it should be inherently apt to expect more powerful GPUs in the future. From that perspective, it should a valid expectation find them getting more power in the days ahead. The Volta architecture for the graphics is a perfect upgrade for the high-end graphics cards we would be looking forward to.

In fact, the first graphics card has already been out in the form of Titan V. However, that would not mean the previous graphics architecture like Pascal is inferior in any nature. It does not too far behind regard performance characteristics.

We assume that the comparison provided in this post should be helpful enough for you in arriving at the proper understanding of the differences between the two siblings from Nvidia. In any case, the future belongs to Volta, and we would expect huge enhancements.