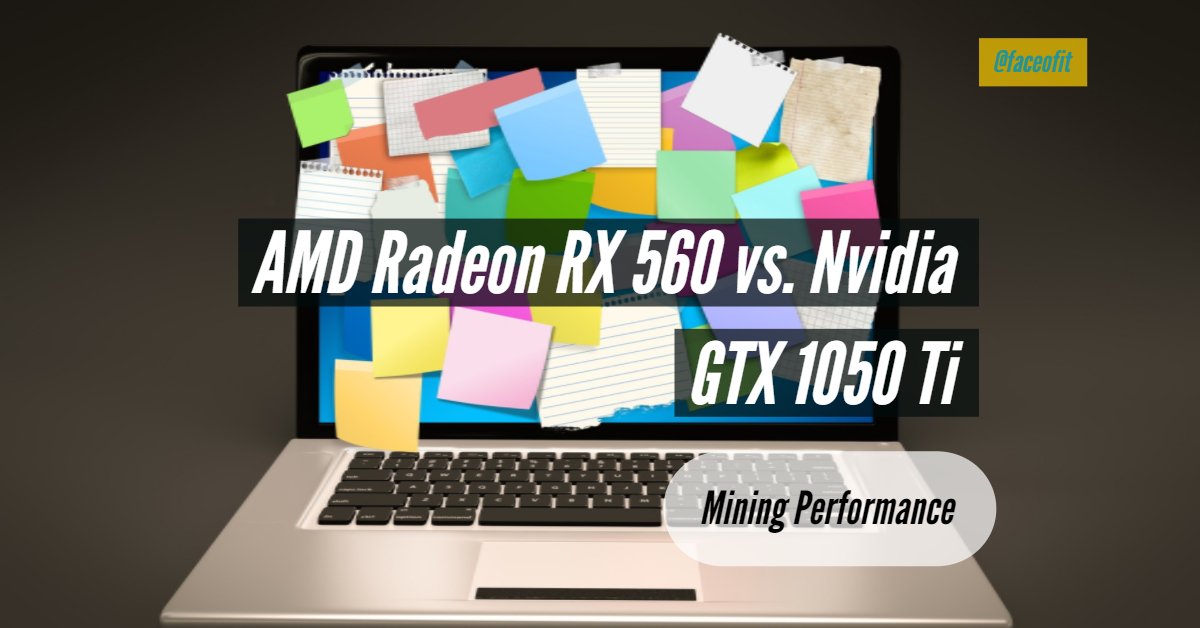 If you are interested in starting crypto mining, you might be confused about the setup; just like most of the newbie miners. Most of the experts and websites out there suggest high-end mining setup fueled by the expensive and high-priced performance graphics card. Well, it is true that those graphics cards are capable of returning the most profit. However, most of these models are out of stock, and their demand is so high which pumped up their price range out of the orbit as well. However, there are still many budget graphics card which can help you start mining effortlessly with minimal investment. AMD Radeon RX 560 vs. Nvidia GTX 1050 Ti is two of such budget graphics card for mining. These cards would not earn you big per day, but something is still better than nothing.

Investment is the most crucial factor for any miner, new or established. Price of their setup components profoundly affects their profit ratio.

As far as Amazon is considered, the price range for AMD Radeon RX 560 based graphics card start from [amazon_link asins=’B07661CXT2′ template=’PriceLink’ store=’foi04-20′ marketplace=’US’ link_id=’76b4708d-3e2c-11e8-86ae-3baaa03a42c0′] excluding shipping charges. On the other hand, a Nvidia GTX 1050 Ti based graphics card will cost you [amazon_link asins=’B01MG3IX4F’ template=’PriceLink’ store=’foi04-20′ marketplace=’US’ link_id=’4f101fac-3e2c-11e8-83b8-2b1b81dacd70′] or more, plus shipping charge. These price tags are on the overclocked graphics card with 4 GB of graphics memory. Note that GTX 1050 Ti was priced somewhere around $139 on time of its release. The difference in past and presence price tags imply that high demand by miners has affected price range of these low-end graphics card as well.

As big miners do not give these cards enough attention, they are available in stock most of the times. One might wonder, if established miners are not going for these cards, are these models even worth it? Well, these graphics cards can quickly make your net profit of $1 per day, after all, electronic expenses if you mine popular currencies like Ethereum and sell them straight away.

For comparing technical specifications, we have picked two budget graphics card based on AMD Radeon RX 560 and Nvidia GTX 1050 Ti Graphics processors. They are as follows:

Consumers willing to buy a Radeon RX 560 based graphics card are often confused as there are two variants of the same graphics card available. First one comes with Polaris 21 GPU, which offers 1024 stream processors. While the second variant has Baffin GPU, providing only 896 stream processors, making it less desirable, however, cheaper compared to first one. The model we are discussing here comes with an RX560D Baffin GPU, offering 896 cores at 1187 MHz base frequency. It is paired with 4 GB of GDDR5 memory delivering 6 GB/s bandwidth, which is nearly 1500 MH/s memory speed. It utilizes 128-bit memory interface. It Is rated at 75W TDP and is almost 7.6 inches in length. There will never be an issue of drivers as AMD is quite famous for their regular driver/driver related software updates.

This one is pretty powerful compared to the former one we discussed above. The MSI GeForce GTX 1050 Ti OC – 4GB comes with Nvidia GP 107 Pascal GPU, which offers 768 Cuda Cores. It operated on 1341 MHz base frequency, which goes up to 1455 MHz past overclocking. It has 4 GB of GDDR5 memory running on 128-bit memory interface just like Asus ROG Strix Radeon RX560 OC- 4GB as we discussed above. However, this one offers 7 GB/s of memory bandwidth, which is almost 1750 MHz memory speed / operating frequency. The difference of 250 MHz in memory speed compared to ASUS graphics card above can make a significant impact in graphics intensive operations or mining, where long-term results matter. This MSI graphics card also has a 75W TDP rating. In length, it is only a little bit smaller compared to ASUS one; The length is 7-inches.

Note: These results are derived from AMD’s new raven ridge platform with AMD Ryzen 5 2400G processors and 16 GB of DDR4 3200 MHz memory from G.Skill. The performance might differ a bit based on specs of your system and your choice of components other than graphics cards.

As the table shows, Radeon RX 560 delivers 10.2 MH/s Hashrate at 107 Watts in stock form while mining Ethereum. At ideal state, the system was consuming 36.8 Watts. Thus, you will be investing 65 Watts if extra power consumption for mining Ethereum with this card. After adjusting the power settings and overclocking the graphics card, it was able to deliver 13.6 MH/s at 102 Watts. Note that power consumption is lowered by 5 watts. To achieve this, you will need to lower power target to -25% and overclock graphics card memory from 7 to 8 GB/s. You will also need a utility which allows you to overclock memory to 2000 MH/s to get close to these results.

On the other hand, Nvidia GeForce GTX 1050 Ti delivers 12.3 MH/s Hashrate right in the stock settings while consuming 99 Watts, which is noticeably lower compared to the other graphics card. However, after overclocking and power tweaks, it manages to deliver 14.1 MH/s hash rate. To achieve this result, you will need to overclock the memory from 1752 MHz to 2052 MHz. Moreover, you will require taking power limit down up to 30%; the max supported limit for this model. The system consumes 32.3 Watts on ideal state, which jumps to 99 Watts when mining on stock settings, and 75 watts can be achieved in optimal environments. Which means, it manages to mine Ethereum at 14.1 MH/s Hashrate with just 42.5 Watts of extra power consumption. It is pretty efficient for non-established miners.

On stock settings with no adjustments, MSI GeForce GTX 1050 Ti offers 310 H/s while consuming 87.4 watts while mining. On the other hand, ASUS Radeon RX560 delivers 290 H/s. However, the power consumption is pretty high compared to the MSI one, which is almost 113 Watts. These figures are not bad, but overclocking and power level tweaking can be done to take the most out of these cards.

If you have any query, suggestions or thoughts to share, feel free to use the comment box below. Thank you!

What Is A Helium Hard Drive? How Does it Work? Plus Best Drives List