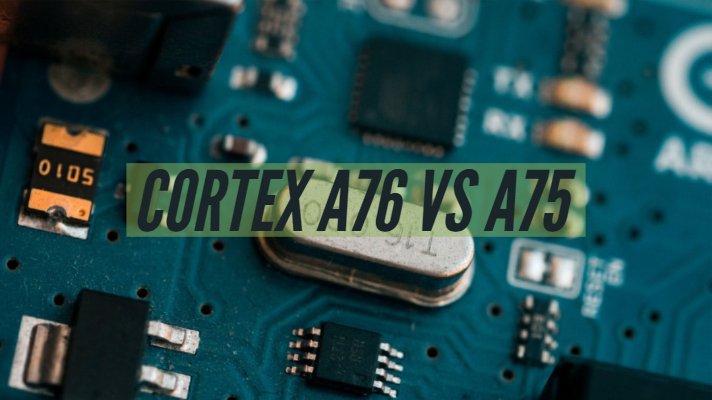 Cortex A76 vs A75 – ARM SOC Design Specifications & Performance Info

In this article, we would be focusing on Cortex A76 vs A75 both of which are based on the ARMv8.2-A microarchitecture.

The newest processor design from ARM concentrates on enhancing the efficiency of its processors at its peak value. Most of the recent development of ARM Cortex processors are dedicated to provide laptop-class performance on various form factors including smaller devices like a smartphone. The two latest performance oriented processors are the Cortex-A76 and Cortex-A75. The Cortex-A76 is the successor of A-75. There are key differences between these processors when it comes to architecture, memory system, operation speed, and many more.

Take a look at the details of these two processors and their comparison:

The Cortex-A76 CPU is dedicated to delivering laptop-class performance through smartphone efficiency. It intends to convey a similar experience to most classes of smart mobile computing devices. The processor conveys the mobile experience that includes faster responsiveness, and it is always connected. A-76 is built on similar v8.2 architecture as its predecessor. Moreover, it showcases the latest microarchitecture designed for presenting tremendous performance and excellent power efficiency. The Cortex-A76 is known to be the second-generation premium core included inside the DynamIQ big.LITTLE combination.

In this processor, through the assistance of excellent energy efficiency and greater single-threaded performance, it improves the battery life using efficiency. Moreover, it enhances the user experience for delivering continuous high performance regardless of the complexity of the tasks. It is found that Cortex-A76 sustains Arm’s innovations within the laptop space. This adds value and enables the users to accomplish tasks quickly that were never envisaged on a mobile phone. As per ARM, the Cortex-A76 is anticipated to deliver twice the performance of A73 processor. The comparative results show that the memory bandwidth increased by 90% as compared to the A75.

Cortex-A76 is found to be potent enough for the laptop space. It is because of the performance boost facilitates excellent delivery of the essential productivity apps like the Microsoft Office suite. So, ultimately it would offer a smoother, faster user experience. 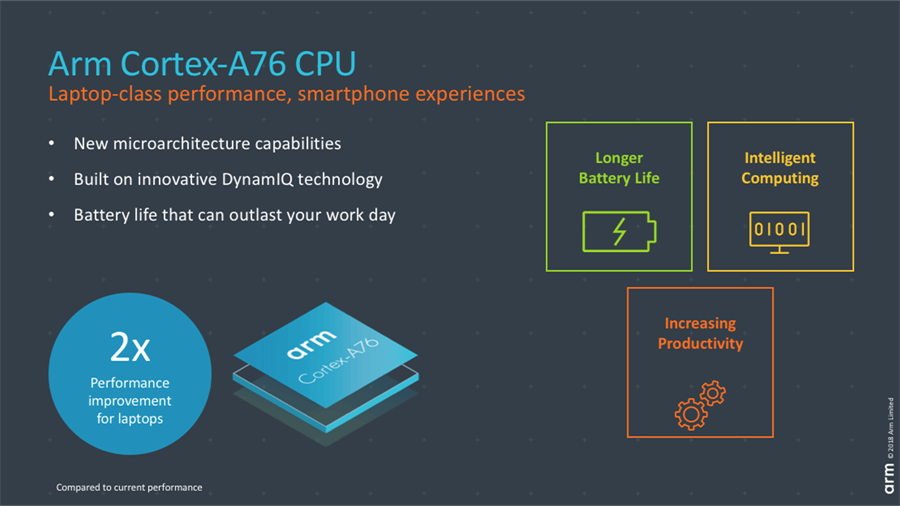 Recognized as the successor of A73, the Cortex A75 delivers 16–48% better performance than an A73 processor. The Cortex-A55 could be employed as a “LITTLE” power efficient CPU to the Cortex-A75 through DynamIQ big.LITTLE. In this way, it offers great flexibility to poise performance with power efficiency.

ARM not just enhances the A75’s performance for additional instructions to be performed in a single cycle, it uses a 3-wide decode out-of-order superscalar pipeline to deliver superior performance. In addition to that, ARM has designed a micro-architecture which is competent in maintaining the core fed with instructions. Moreover, the Cortex-A75, for the first time, employs the latest DynamIQ Shared Unit as an essential portion of its design.  The design facilitates advanced cache stashing, fine-grain power management options into the core and low latency access to peripherals.

So, undoubtedly, the Cortex-A75 processor is one of the most potent Cortex-A processors in the present time. This extra compute potential, consolidated with enhancement for machine learning and several other advanced use cases would allow the applications to operate more smoothly. Furthermore, it would offer a new foundation for developing more complex workloads.

To let your device operate smoothly and quickly, the Cortex-A76 and Cortex-A-75 are the recommended designs for next-gen mobile processors.  They incorporate the latest core design and come with sufficient storage capacity to make sure the users do not face any lags or performance bottlenecks in executing demanding tasks.