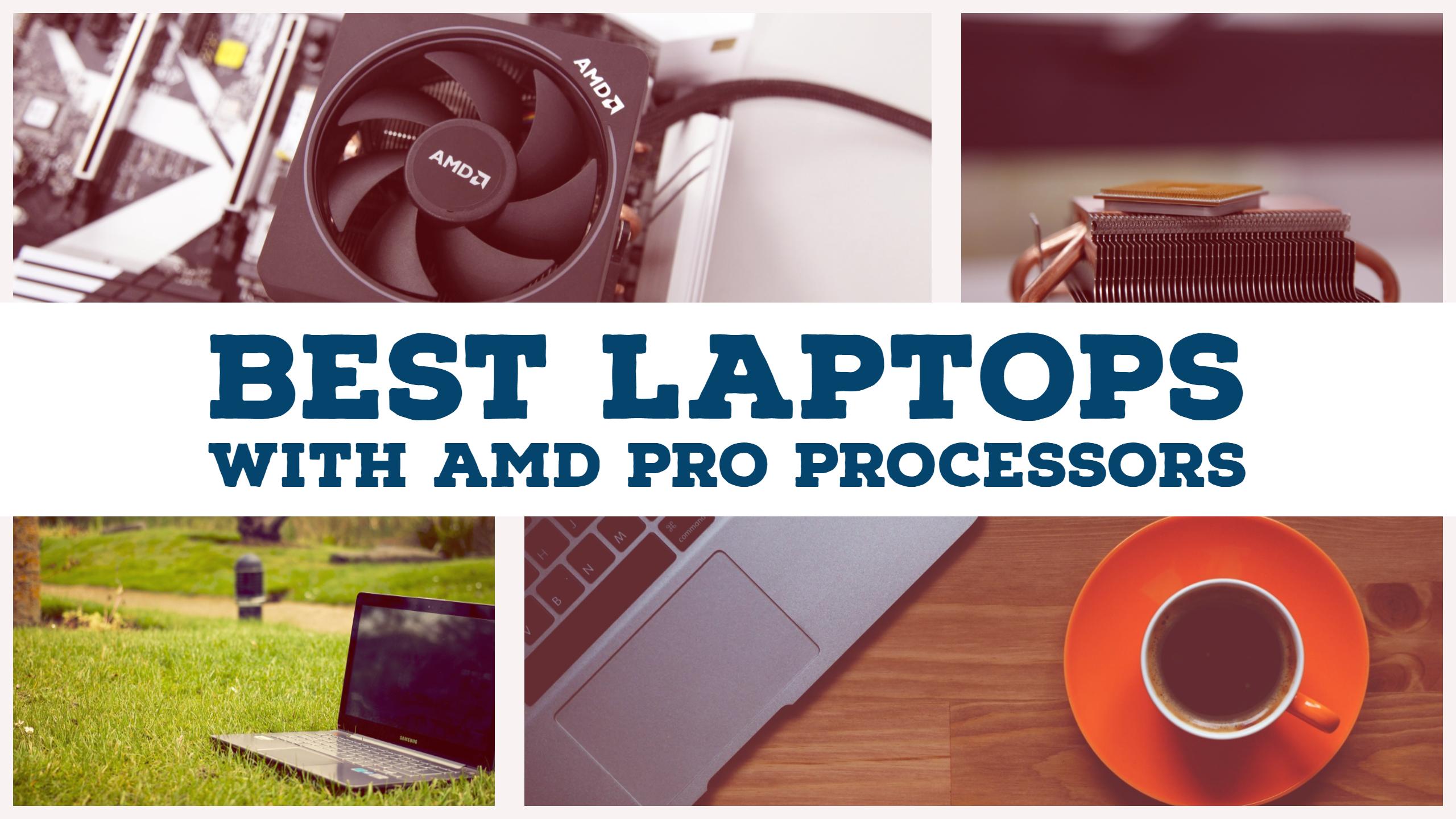 If you are an AMD fan and is looking for the best laptops with AMD Pro Processors (7th Gen), then hang around to know more. Back in October 2016, AMD announced their 7th Generation Pro APU’s. Now, the professional market is diverse, and the needs vary with job titles. From a little power efficient hybrid to a mobile workstation grade laptop, it needs to cater to all.

AMD’s Pro Processor roadmap is all about that. The Pro lineups ensure fixed longevity to corporate customers with stable OS images. AMD expects the Pro lineup with cater to the public sector, commercial, and enterprise customers. The additional focus would be on remote management (Intel vPro?), Virtualization and hardware level security instruction sets.

Here is an image extract from their press release. 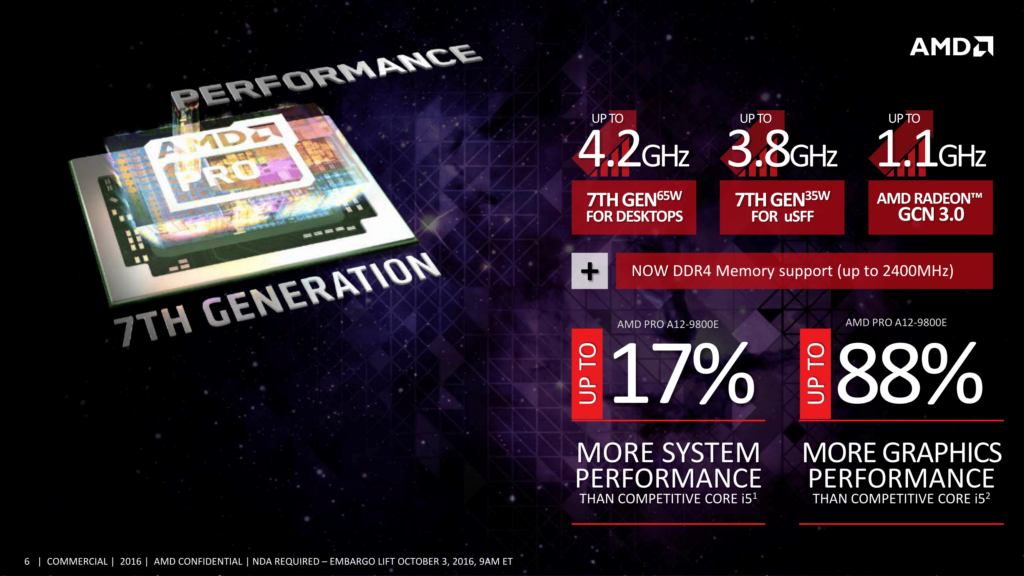 Here is the list of AMD Pro Processors (7th Gen) that we can expect from the OEM channel partners. See below:

These processors are based on the Bristol Ridge cores, and the Zen based laptop processors are expected shortly. Now that we are aware of what comprises of the 7th Gen AMD Pro Processors let us explore some of the laptops that their partners have released in the market.

Levono and Dell are one of the first vendors to release laptops based on the AMD Pro 7th Generation processors. Lenovo has announced the release of first ever AMD Pro Processor Powered laptops, i.e., ThinkPad A275 and ThinkPad A475 on Thursday. They are mainly designed for the businesses with great multitasking power and hardware level securities. The ThinkPad A275 is expected to have a starting price of about $869 which equals to approximately 55,000 INR. The ThinkPad A475, on the other hand, is starting up from $849 which equals around 54200 INR. These two will be going live on the markets sometime later this month.

Specifications of ThinkPad A275

These laptops are being powered by 7th generation AMD Pro A12 processors; the two laptops will have the AMD Radeon R7-class GPUs. While both the laptops are identical, the significant relative difference between both the models is their display size, one having a screen size of about 12.5 inches while the other has a screen size of about 14-inches. The base model of the Lenovo series has a resolution of 1900 x 1600 pixels (Ultra-Wide) TFT Panel. The customers will have an option of choosing with or without a touchscreen. 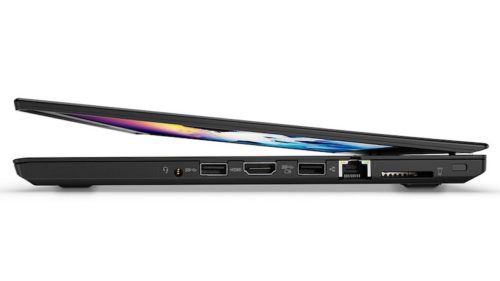 Thinkpad laptops are quite a familiar brand amongst business users and are known for their sturdy spill proof aluminum chassis. The Thinkpad A series gets all the right ticks to fill the requirements of business users, whether on the road or working out of an office. We expect nothing short of excellent performance and flexibility that you would need to bring your job to life.

DASH which is commonly known as the Desktop and Mobile Architecture for System Hardware provides easy, system management tools for remote administration.

These two portables have the most part shared except for the screen sizes. On the hardware side, both are specially designed based on the foundation of AMD’s Bristol Ridge APUs. They both have class leading integrated AMD R7-Glass graphics based on AMD’s Radeon architecture. The main difference between the two lines, then, is a matter of size. ThinkPad A275-series machines have 12.5″ displays.

The 745 Elitebook is one of the first laptops from HP to host the 7th generation AMD-PRO APU. This, along with a fast M.2 based 256 GB SSD should give you top performance. As you would expect, 8 GB of Dual Channel 128 memory provides you with enough memory bandwidth for your office needs. 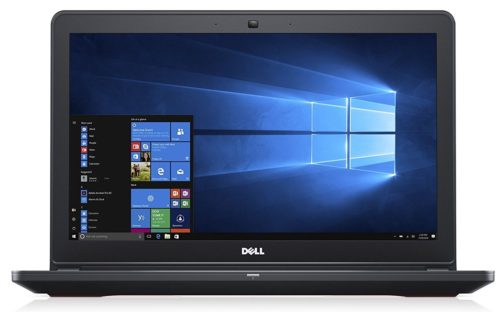 Before we delve into the details, we wanted to clarify that this does not use the Pro CPU, but the consumer oriented 9630P AMD A10 part.

We are quite excited with AMD’s Pro CPU lineup. We expect to see more performance gains in the future, once Zen based laptop CPU’s are released.

We hope you like our article on the best Laptops with AMD Pro Processors. Once more models are available, we will update our list accordingly. Feedbacks and suggestions are welcome in the comment section below.