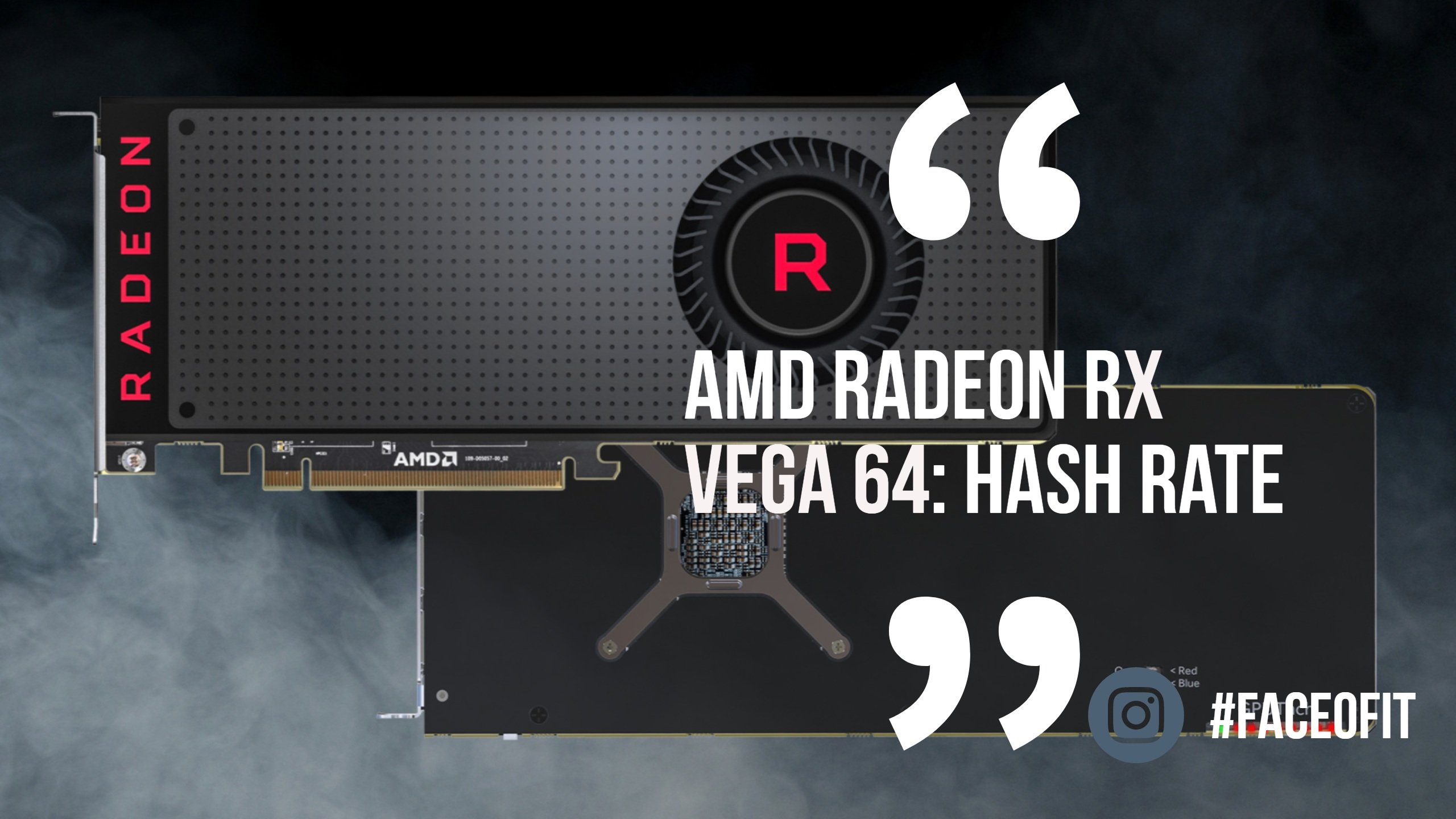 When used with Claymore’s Dual Ethereum AMD + NVIDIA GPU Mining system V9.8, these graphics cards deliver the following results on current DAG epoch #138. To get a good idea of how ideal these results are, we are also adding Nvidia GeForce GTX 1070 graphics card results for comparison. Note that it is one of the most popular graphics cards when it comes to mining. The other AMD cards that have also become quite popular nowadays are the “Polaris” based AMD Radeon RX 570 and 580 cards which are out of stock most of the times.

Here are some results:

AMD Radeon RX Vega 64 performed the best with 34.40 MH/s hash rate costing 367 watts, whereas the Radeon RX Vega 56 scored 32.4 MH/s with 306 Watts of power consumption. These results are not even close to the rumors of 70 to 100 MH/s. However, these are not that bad and can pull noticeable profit to the miner. On DAG Epoch #138 and difficulty of 1700 TH and block time of ~21.5 seconds, these results were derived from running cards at the stock form with 1 minute of average time to let the cards warm up after running them for 15 minutes.

Here are some more results:

Only a daft miner would use the graphics card for mining with their stock settings. Overclocking is a must for any mining system so that it can take out most out of the graphics card. It has been observed that overclocking didn’t affect the memory performance of any card, which is a great plus point for miners.

The AMD Radeon RX Vega 56 did not allow many variations. However, many debuggers and practical miners have managed to lower the power limit as low as -25% on it. In such state, it delivers 30.1 MH/s Hashrate, while reducing the power down to 247 Watts. On -23%. Word on the street says that you can get 32.40 MH/s Hashrate from AMD Radeon RX Vega 56 at 251 Watts consumption.

It is quite important to discuss Hashes per Watt while reviewing a graphics card for mining applications, as it gives you the overall idea of how much it will cost you for the electricity bill. In a stock state, the AMD Radeon RX Vega 64 manages to get 0.09 per Watt. However, both AMD Radeon RX Vega 56 and AMD RX Vega 64 can be improved to deliver 0.13 per Watt hash rate. A GeForce GTX 1070 delivers the same performance in its stock form.

These results make it clear that AMD Radeon RX Vega 64 is much superior to AMD Radeon RX Vega 56 as far as mining performance is considered. However, the rumors about the exaggerated performance of both cards are proven to be sizeable fake. Moreover, AMD recently released new drivers that are optimized for mining purpose only. These drivers are designed primarily for blockchain workloads. When optimized with those drivers, the performance will be much better.

The mining community is developing pretty fast, and it is certain that these cards will be tried and tested out by many pros in the field. It is very much possible that they tweak the firmware to get the most out of these Vega GPUs. As rumored, these AMD Radeon RX Vega 56 and 64 Graphics cards are not mining beasts. However, they deliver pretty decent mining performance per watt.

The AMD Radeon RX Vega 56 was launched with a price tag of $399 and the Radeon RX Vega 64 with $499. Note that this pricing is for standalone air cooled models of these GPUs. You will be quite amazed to know that a GeForce GTX 1070 delivers superior performance than both of these cards and still costs $379 a piece. These graphics cards are wildly available now. It would be interesting to see if their prices drop in near future considering the release of other graphics cards.

Many people believed them to be mining giants with 70-100 MH/s hash rate. It is pretty dreamy but not possible for these little cuties. However, they are not that bad either. For the price you are paying for the initial purchase and power consumption while mining, you get enough hashes to make some profit, thus, making them ideal mining cards. If you have any query or suggestion, feel free to use the comment box below.