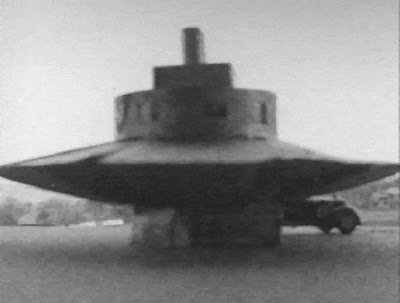 What does J.Edgar & UFO’s have in common?

Comments Off on What does J.Edgar & UFO’s have in common?0778

We are not talking about the movie, but the man himself, J. Edgar Hoover who founded and was at the top of the FBI till 1972. Did he saw UFO’s in his backyard? Well no, but apparently he did knew about it’s alleged existence.

The news comes directly from the horse’s mouth, the FBI.

According to this link here,  dated March 22, 1950, when Mr. Edgar was the FBI chief, received a memo from the then FBI Washington, D.C. field office chief Guy Hottel about a report of an UFO crash site in New mexico, which had human like occupants, but only 3 feet in height, dressed in metallic suits designed for high speed flights.

Why did it crash? High powered Radars installed in the region was suspected to interfere with the UFO’s communication system, which caused it to crash land in New Mexico. Err.. Okay!

Although we do not know whether these midgets survived the crash or not, but the FBI concluded the report saying “That practice ended in July 1950, four months after the Hottel memo. Suggesting that our Washington Field Office didn’t think enough of that flying saucer story to look into it.”

Area 51 anyone? Or maybe the Alien Interview is true after all ? We can only guess.

The FBI vault has more than 6700 documents available to the public, but this memo turned out to be the most popular one, with more than ‘1 million hits’.

Next PostRumours about Facebook Phone simply refuse to Die