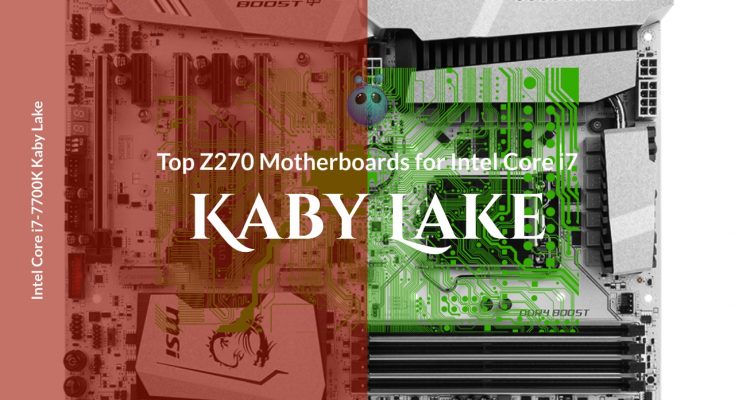 Intel recently released its latest “Seventh-generation” Core i3/i5/i7, and Core m3 processors, code-named “Kaby-Lake.” The latest Kaby-Lake 7th generation processors are mostly an optimization over its predecessor, the Sixth-generation Skylake processors. Based on Intel’s Tick-Tock model, Intel plans to follow a yearly cycle for major processor releases. The annual release cycle mainly focuses on process/optimization vs. IPC (Instructions per Clock) improvements. In this release cycle, however, there is no processor die shrinkages. Instead, Intel optimized their existing 14nm process and is now calling it a 14nm+ process. With process improvements, Intel was able to improve the clock speed of the flagship Core i7-7700K to 4.2GHz and 4.5GHz base and turbo clock respectively. Additionally, Intel also released an unlocked Core i3-7350K for overclocking. Speaking of overclocking, only the “top end” Z270 and Q270 Intel chipsets will support it. In this post, we would focus on the Z270 Chipset Motherboards for Intel Core i7-7700K currently available in the market. We have listed them below. Read along to find out more.

All the Kaby-Lake motherboards are cross-compatible with the earlier generation Skylake processors and vice-versa. Which means all earlier Z170 motherboards will support the new Kaby Lake processors as well. However, there are two significant advantages on top of the extra-efficient processor cores. First is the 24 PCIe lanes and the second, PlayReady 3.0 DRM support in Windows 10. It, therefore, allows you to see 4k streaming videos like Netflix. Other than that, there are a lot of similarities between the Skylake and the Kaby-Lake families of processors. Based on this scenario, here is our list of the best Z270 Chipset Motherboards for Intel Core i7-7700K Kaby-Lake. 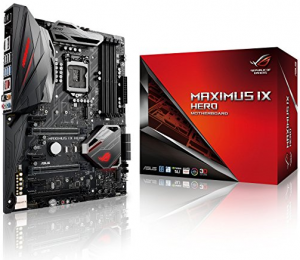 With a $300 price tag, both the Asus Z270 Maximus IX Hero & Code are one of the best in the lot. Like other motherboard manufacturers, Asus has been busy putting features in its complex motherboard offering to suit individual needs. With an extra pair of USB 3.1 Type-A one Type-C port, this motherboard is future ready. And yes, the Asus ROG MAXIMUS IX Code has an onboard WiFi supporting a/b/g/n/ac MU-MIMO standards, whereas the Asus Z270 Maximus IX Hero does not have a built-in WiFi controller chipset.

Here are the Quick Specifications: 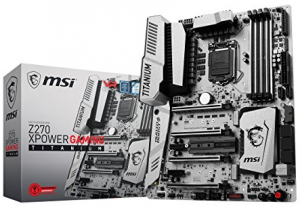 The MSI XPOWER Gaming Titanium is also a top, enthusiast category motherboard for video editors and gamers. With top of the line features, this motherboard goes head to head with the Asus Z270 Maximus IX Hero. However, unlike the Asus Z270 Maximus IX Code, this board does need an external WiFi adapter to connect to WiFi networks. With gold plated studio quality Realtek® ALC1220 Codec, it should fulfill the needs of gamers and audiophiles alike.

Here is a quick look at the system specifications below: 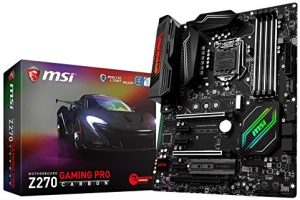 The MSI Z270 Gaming Pro Carbon is for enthusiasts and gamers on a budget. With a price tag of $174.99, this board is probably not cheap. However, it does miss out on a couple of features like 4000 OC DIMM(s) and VR support. With SLI and Crossfire support, users should get a top of the line gaming performance with this board without any compromises.

Here is a quick look at the specifications: 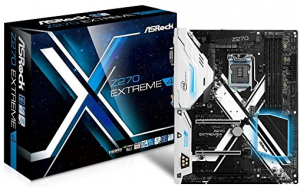 The Extreme4 is a top of the line offering currently available from ASRock. With mid-tier pricing of about $217 and support for three-way AMD CrossfireX and 2 Way Nvidia SLI, this indeed is a great value to gamers on a budget.

Here are the specifications: 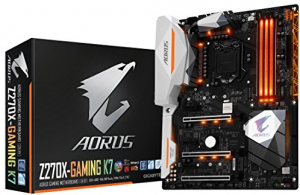 The Gigabyte GA-Z270X-Aorus Gaming is the latest motherboard supporting the 7th Gen Intel Kaby-Lake processors. Like the other ones in this list, the GA-Z270X is also an enthusiast focussed motherboard. Designed for LAN parties, this motherboard has the “Killer E2500” Gaming Network and an Intel Gigabit LAN as standard. On top of this, an embedded inbuilt Creative X-Fi high fidelity sound chip for extreme sound. With multi-zone LED lighting on the board, this board makes an impression.

Here are the High-level specifications below: 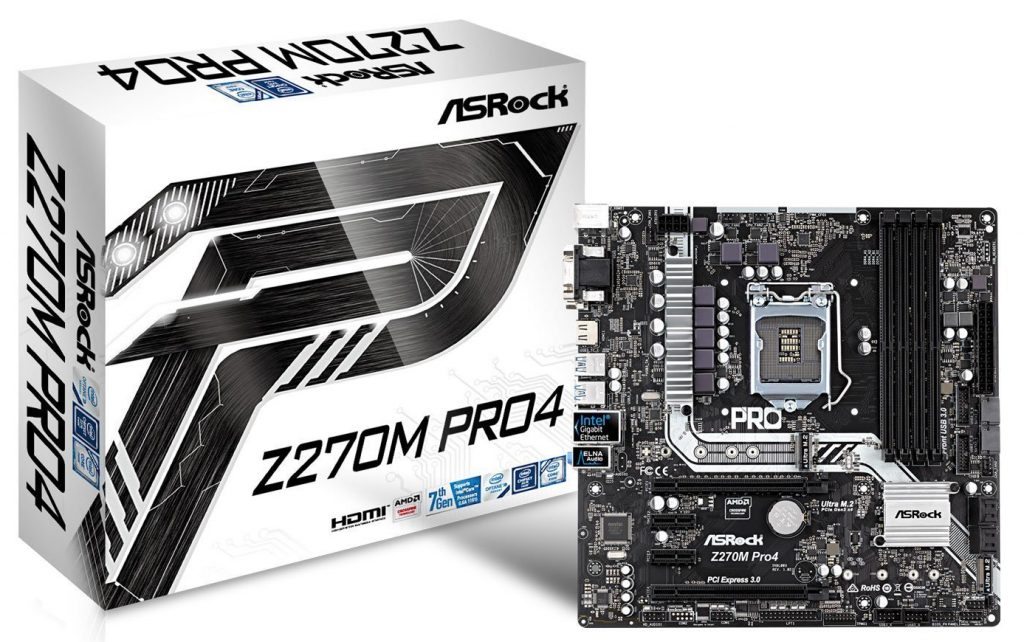 The motherboard has plenty of connectivity options and supports Intel’s 4th generation processors. The motherboard is currently priced at $118.93 which make it a mid-segment piece. Even though some users have complained of driver unavailability issues for Windows Server editions, we did not find any. ASRock provides an application which enables users to download the latest drivers currently available from their respective websites. All in all, a capable mid-range motherboard for your gaming and content creation needs.

Here are the specifications: 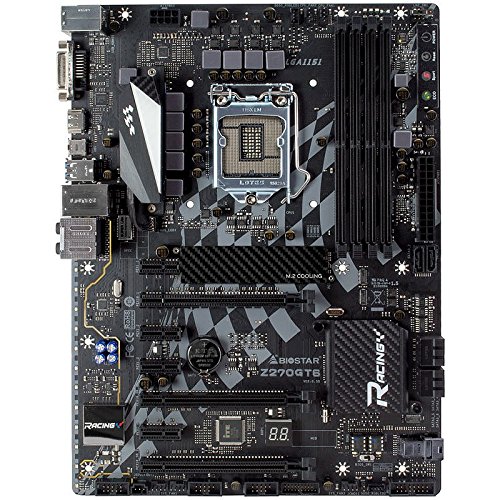 The Biostar “Z270Gt6” Gaming is the latest motherboard from Biostar supporting the 7th Gen Intel Kaby-Lake processors. Like the others in this list, the Z270Gt6 is an enthusiast focussed motherboard. Designed for LAN parties, this motherboard has the “Intel X550-AT” Gaming Network and an Intel Gigabit LAN (Intel I219V) as standard. On top of this, an embedded inbuilt Realtek ALC1220 8-Channel “Blu-ray” Audio sound chip provides you crystal clear sound. With multi-zone LED lighting on the board, this board makes quite an impression.

Here are the High-level specifications below:

We hope you like our list of the best Z270 Chipset Motherboards for Intel Core i7-7700K. Not all made to this list. There are other gaming motherboards available from other manufacturers as well. For example, Biostar, namely the Z270GT9, and others would be available in the online channel soon. Once newer and better options are available, we would we be updating this list accordingly.

If you have any questions or comments, please feel free to write one below in the comment section.