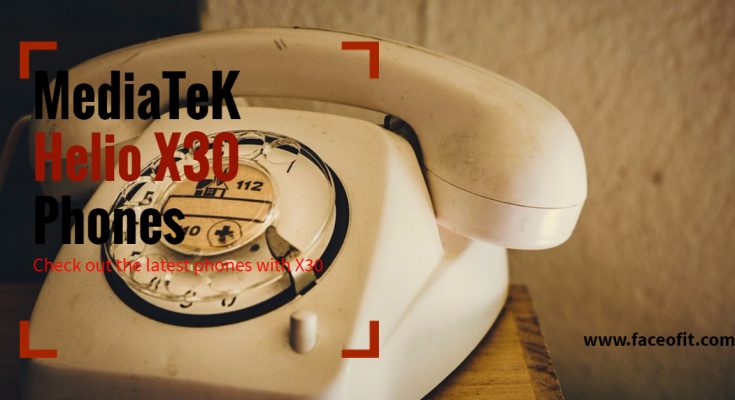 In this post, we will be exploring MediaTek’s new flagship, the X30 SOC. But, before we get into the list of Phones With MediaTek Helio X30, first a quick history lesson. MediaTek or MTK is a Taiwanese semiconductor company. It is famous among Chinese manufacturers like Xiaomi, Meizu, Vivo, and Oppo. MediaTek’s goals were always to create fastest yet affordable chips that cost less than its competitors.

Recently MediaTek unveiled its Flagship processor Helio X30. Helio is a real attempt for MediaTek to get back to the high-end smartphone market. It uses A73 cores for performance and the smallest A35 for efficiency.

According to MediaTek, X30 consumes 50% less power as compared to X20 on unspecified CPU load. Below is a comparison table between the MediaTek Helio X20 vs. Helio X30. 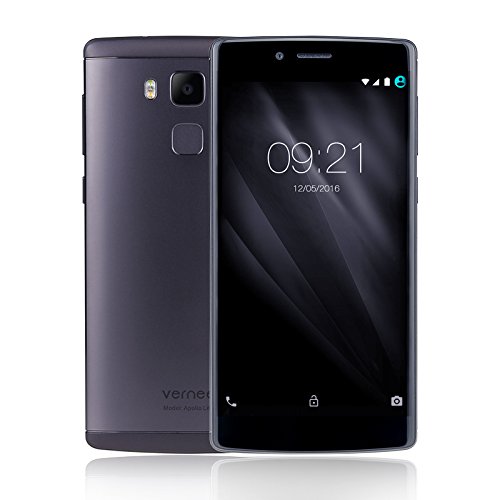 Vernee, a Chinese smartphone manufacturer, has confirmed the Apollo 2 with 8 GB RAM. It is the successor of Apollo smartphone that was launched last year with 6 GB RAM. This will be the first smartphone that is powered by Helio X30 processor coupled with 6/8 GB of RAM.

Vernee Apollo will come in two variants, one with 6 GB RAM and 64 GB internal memory and the top model with 8 GB RAM and 128 GB storage capacity. It will come with 5.5-inch 1440*2560 pixels resolution display. As far as the camera is concerned, it will have 21 MP rear camera with dual tone LED flash and 8MP camera on the front side.

A 3000mAh battery will power it. Moreover, it is expected that it will come with a fingerprint scanner, quick charge support, and waterproof protection.

Meizu Pro 7 is expected to be announced in the July 2017. There are plenty of leaks that show that it will feature a secondary display on the rear side copying the first one.  It will come with MediaTek Helio X30 SoC coupled with 4/6 GB of RAM. There will be two variants of this smartphone, one with 4 GB RAM and 64 GB internal memory and another one with 6 GB RAM and 128 GB storage capacity.

It will feature a 5.2-inch Super AMOLED display with 1080*1920 pixels resolution. Dual camera is the innovation of Meizu, and Meizu Pro 7 will come with dual 12 MP camera on the rear side and 16 MP camera on the front side.

There will be front mounted fingerprint sensor and Type-C 3.1 port. It will come with 3000 mAh battery with fast charging support. It is expected to be launched at $499 price. It will run on Android 7.1.1 Nougat OS. 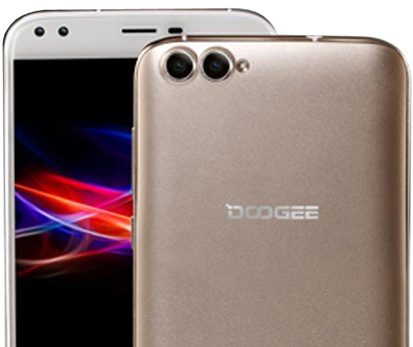 Doogee flagship X30 packs a lot of impressive specifications. It will have a 5.7-inch 2K display. It is expected that it will come with 8 GB RAM and 256 GB storage capacity. Helio X30 deca-core processor drives it. There are two 16 MP cameras on the front side and a 21 MP camera on the rear side.

According to one report, it might have four cameras, double dual camera setup on the front and back side. Out of the box, it will run on Android Nougat 7.1.1 OS and will be powered by a 4050 mAh battery. There will be a fingerprint scanner on the front side, and it will support fast charging too. There is no info regarding its price or launch date, but it is expected to be unveiled in the third quarter of 2017.

Meizu Pron 7 Plus features a bigger 5.7 inches Super AMOLED display having 1440 x 2560 pixels resolution at 518 PPI density. Along with the primary, this phone has a secondary 2 inches display on the rear side that makes it different from other smartphones. Out of the box, it runs on Android 7.0 Nougat. It is equipped with MediaTek Helio X30 deca-core processor with 6 GB of RAM. You can choose between 64/128 GB storage variant. 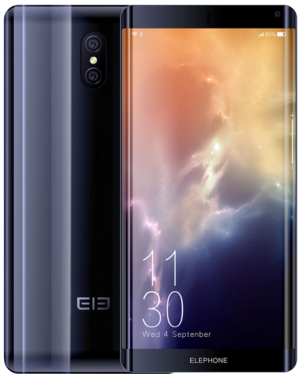 Elephone X8 features Samsung S8 like 5.5 inches full HD curved display. MediaTek Helio X30 deca-core processor powers it. It packs 8 GB RAM and 128 GB inbuilt storage capacity which is further expandable up to 128 GB. As far as the camera is concerned, it gets dual 13 MP + 13 MP camera on the rear side and an 8 MP camera on the front side. It runs on Android 7.1 Nougat and powered by a 3000 mAh battery. Elephone X8 feels quite compact and lightweight with just 148 grams weight.

Just like the Qualcomm 630 & 660 SOC’s, the MediaTek X30 is also relatively new in the market. We expect a few designs wins from major Chinese vendors in the coming months. You can find more detailed specifications from the official website here.

If you have any suggestions, feel free to drop us a comment below.