Are you looking for motherboards with inbuilt WiFi and Bluetooth for Intel LGA 1151 compatible processors? If your answer is Yes, then you have certainly landed in the right place. If you are a PC geek or even a gaming enthusiast, you may already know that LGA1151 is upgraded version of LGA1150 that is a socket for microprocessors. The LGA 1151 socket currently supports the entire Skylake and Kabylake microprocessor architecture. This is inclusive of Intel Celeron and Pentium processor as well. If you want a future proof system, then you definitely would want a motherboard with LGA 1151 socket based motherboard. If you are planning to use an i5 or i7 processor for your gaming rig, then the LGA 1151 is the obvious choice.

As the title reads, we are going to list out some motherboards with inbuilt Wi-Fi and Bluetooth on board. This is not that of a big advantage, but online gamers, especially those who want to build a portable rig may find it useful to have one. First of all, it would make you free from the LAN cables. Secondly, you don’t need an external USB stick/Wi-Fi card for connecting to the network. It ultimately increases the portability of the rig. Just pick up the case, and you are ready to visit your friend for night-out LAN party or carry the rig to a LAN gaming competition in the town, without requiring any external connectivity options.

So without stretching the discussion any further, here we present list of top motherboards with LGA 1151 type socket and onboard Wi-Fi and Bluetooth. Besides that, do note that they all come with DDR4 DIMM slots. So, without further ado let us begin: 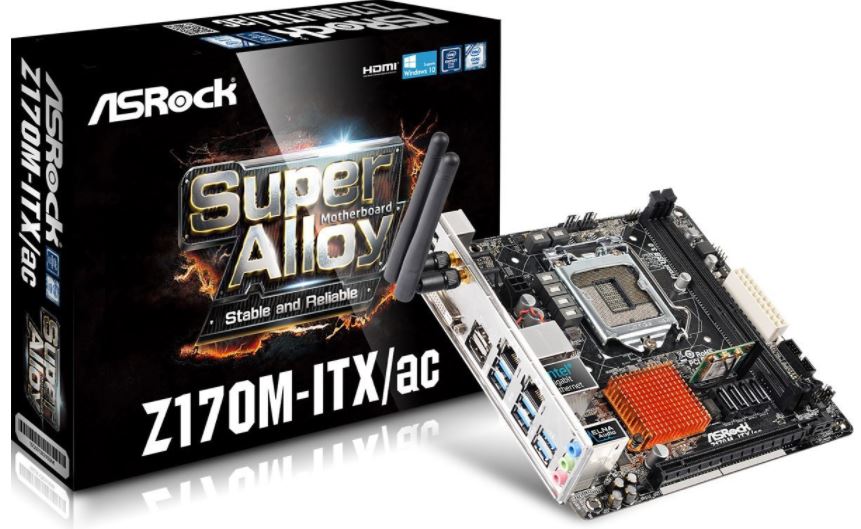 Thanks to the simple and basic BIOS, you would not face much of trouble in setting up your initial rig setup. This makes it the perfect choice for a budget gaming built. It supports up to 32 GB DDR4 main memory or ram. Here, it might be worth mentioning that even modern game titles such as Watch Dogs series, Planetside 2, GTA5, etc. consume no more than 6-8 GB of memory.

We also loved the speed of onboard Wi-Fi and Bluetooth. Some users even reported online that they got similar Pingback results as with the wired GB-Ethernet. It can go up to 175MBs per second or even more based on the speed of your Ethernet and switch. 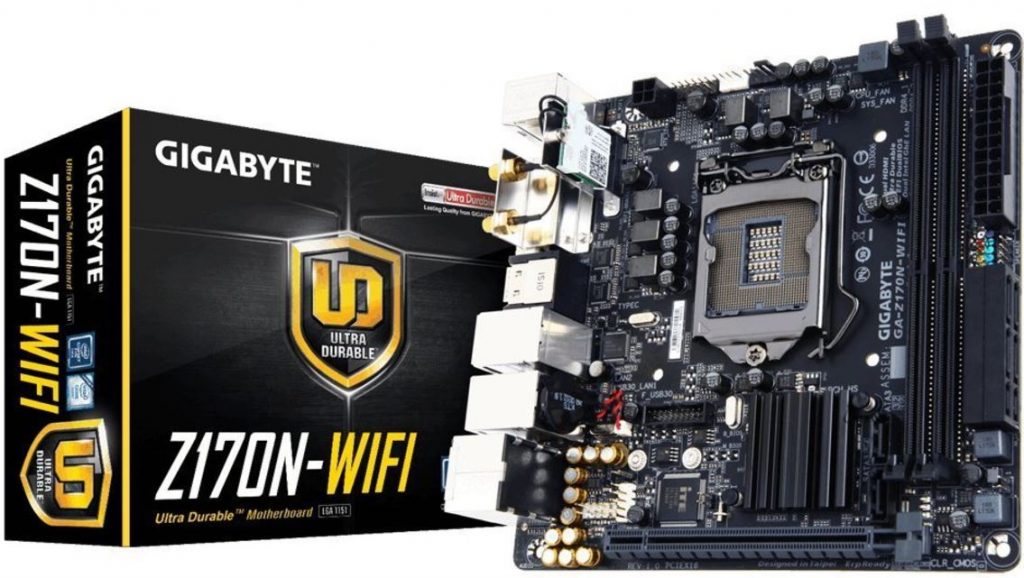 It is one of the least expensive mini-ITX boards coming with Intel LAN ports and simple looks. Despite not being an overclocking beast, it does have the conventional layout, black PCB and easy to reach CMOS jumpers. However, it is recommended to upgrade the current BIOS version to F6 or later. The default BIOS comes with version F4, which is fairly essential. There is only a single chassis fan header. Thus you will require planning entire rig properly before giving it a shot. 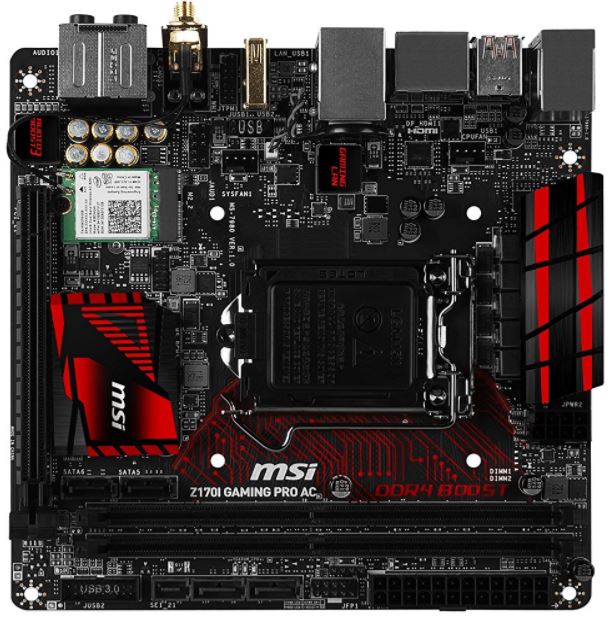 It is a rough and tough motherboard. The PCB is thick and durable. Every capacitor used on the motherboard is good quality Japanese capacitor. Soldering on the back of the motherboard is quite reliable and durable. It is very well compatible with single GPU gaming rigs and for work PCs as well. It is only perfect for a person looking for solid mid ranged gaming motherboard. Keep in mind that the M.2 port can be used for Wi-Fi card rather than SSD. Here are some important specs: 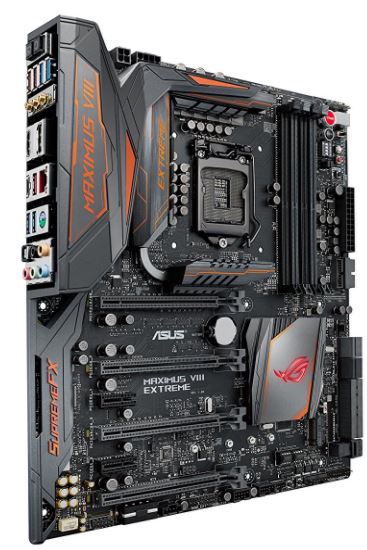 It supports 5-way optimization. What’s more likely to attract gamers is that one click overclocking is supported. It features a reliable and up to date upgrade Supreme FX 2015 Audio. Lag free online gaming experience would be delivered thanks to Intel GB LAN and MU-MIMO 2T2R 802.11ac wireless connectivity. It comes with the dual slot for all U2, M2, and SATA. Here are some specs: 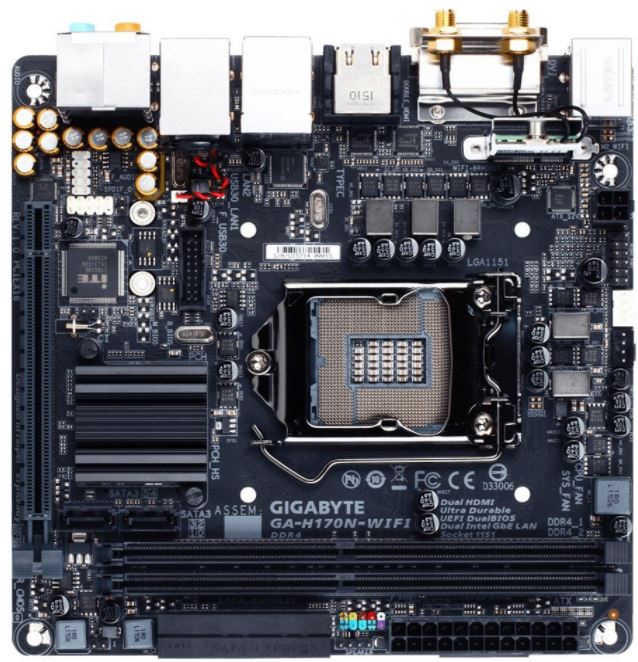 Once your build is complete, you can download Gigabyte app center; making the BIOS updates matter of some clicks. Accessing the BIOS through their app center makes windows 10 setup even more stable. The M.2 SSD port is capable of delivering around 1996 MB/s read, and 1275 MB/s write speed. It supports the triple display with VGA, DVI, and HDMI and even suppers 4K on HDMI connection. Here is a quick overview:

Many gamers prefer to buy this one more because of its looks rather than specs. Well, it doesn’t mean that the specs aren’t appealing. When the room is dark, LEDs on the board give it a nice look. The water block is simply incredible. The wireless onboard can go as high as 200 MBPS download and 25 MBPS upload. Simple BIOS design make overclocking, adjusting fan speed and setting XMP profiles comparatively simple. 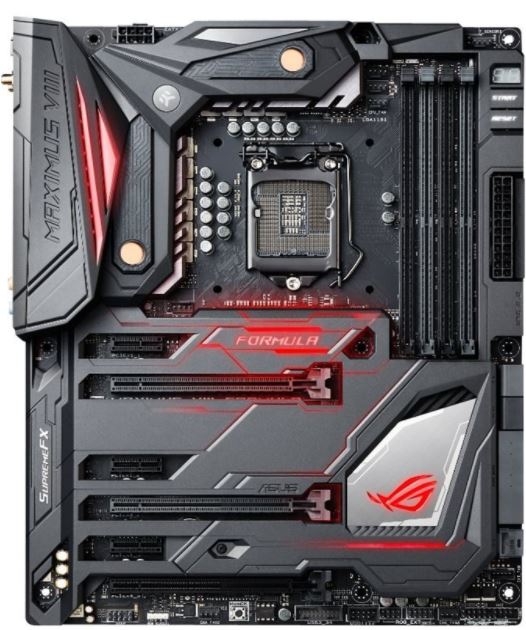 It hardly gives you anything to worry about. Overclocking is easy. With XMP enabled, it automatically detects overclocked RAM sticks. EZ overclock feature is there to make your work easy. BIOS is easy to update, and it can be done in multiple ways. Using a USB, you can update it without turning it on. Multiple BIOS profiles are supported. Moreover, it comes with handy default boot orders; loading SSD first, HDD second and then Blue-ray drive. Here are some important specs:

We hope that you like our list of Motherboards With Inbuilt WiFi and Bluetooth for the Intel LGA 1151 processors. Once we have more availability of newer motherboards, we will update this list going forward. For any suggestions, please feel free to drop us a comment down below.