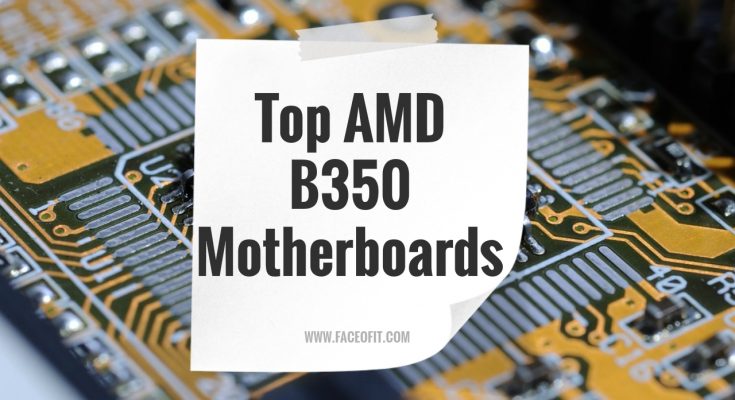 Top AMD B350 Chipset Motherboards for Ryzen 5 & Ryzen 7 Processors are mainly referred as the mainstream AM4 motherboards. Regarding I/O and other functionality, these motherboards are capable of delivering most of the latest features a motherboard can do. AMD understands their customers well, thus knows that not all of their users would want to go for Multi-GPU systems. That is why this chipset offers fewer lanes in comparison to X370 chipset motherboards. AMD ensures that these CPUs would support overclocking for all upcoming AM4 CPUs, and that includes Ryzen 5 as well.

But, before getting started, here is a quick glance at the AMD chipsets, ready for the Ryzen 3,5, & 7 processors. See below:

From the table above, it is quite clear how the AMD  B350 chipsets differ from the rest. This chipset is simply a replacement for aging 970 and A78 platforms. Now, coming to its advantages, this chipset reduces power consumption by up to 70% compared to AM3+ processors. It is equipped with the latest DDR4 memory controller that improves RAM bandwidth by 22% compared to a DDR3 memory controller.

It is very much possible that you already know all this and would want to know about the latest AMD B350 chipset motherboards that are fully compatible with Ryzen 5 & 7 processors. If you are already here, reading this thread, then we are quite sure that you have somewhat made up your mind about what would be your next PC build. In order to make your chore easy, we have compiled a list of the best B350 chipset motherboards out there. Let us proceed to the list right away: 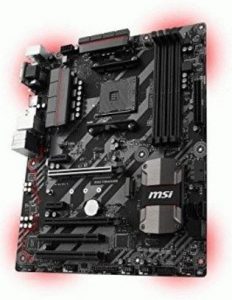 It comes with enough fan headers supporting full control so that you can maintain the temperature of your system your way. It includes six fan headers, all supporting DC/PWM mode, complete fan monitoring and water cooling compatibility. It features LAN protection that would protect the system from power surges. Tomahawk is embedded with Audio Boost, which is a high-quality gaming audio unit. It is packed with 4 DDR4 slots supporting up to 64 GB RAM, more than enough to run any modern game. Have a quick look at its most attracting and outstanding features as well: 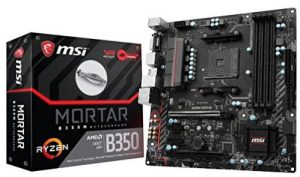 MSI Mortar is fully compatible with AMD Ryzen series processors and 7th Gen A-series, Athlon TM processors for the AM4 socket. It comes with 4 DDR4 slots supporting DDR4-3200 + (OC) RAM sticks up to 64 GB. It has got everything to deliver a smooth and latency free virtual reality gaming experience. It is fully protected with Gaming LAN and LAN. There are many features for gaming-specific systems such as Game Boost, Gaming Hotkey, X-Boost, X-Split game caster. It stands among Asus Pro series motherboards and Gigabyte gaming series motherboards. Here is a quick glance at important features that MSI Mortar comes with: 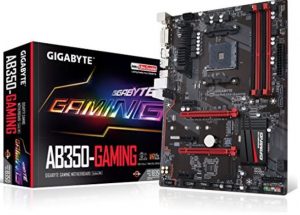 It is full gaming purpose motherboards with cooling features including 4 Fan/Water pump connectors and six temperature sensors. All the fan pin headers are hybrid ones. These headers are capable of handling high current fans up to 24W (2A x 12V) and also features over current protection. Intuitive UI is there for control over each fan. Since the headers are hybrid, they would automatically detect the cooling device if it is a fan or pump and manage PWM and voltage mode according to that. It supports two amps with overcurrent protection that is essential for any high-end/high-current fan. Have a quick overview of its features: 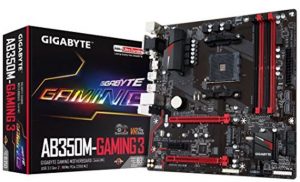 This one is a complete gaming tool. It features three fan and pump connectors with five temperature sensors. All the connectors are hybrid, so those can be used either for the pump or a fan, and the device would automatically detect and different settings would be applied for PWM and voltage. They feature over current protection to make sure your high-end components are safe and sound. It delivers up to 32 GB/s data transfer speed per connector thanks to fast PCIe and SATA interfaces. “NO LAG, JUST FRAG,” reads their promotion poster! It features GBE LAN by Intel paired with cFoas Speed Internet acceleration software for lower ping and latency even in crowded LAN environment. Here is a quick look at features: 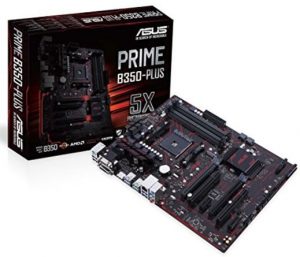 With finest components and circuit design, B350 Prime Plus is packed with 5X Protection III, guaranteeing the best quality and long term durability. It makes sure that your system will stay cool no matter what! It features 4-in and 3-pin PWM/DC connection for fans. Fan Xpert 2+ fan control mode makes it sure that fan performance is optimized according to requirement so that it makes minimum noise when functioning. It becomes fully modifiable with built-in LED lighting options. Fan lighting scheme can also be personalized with specially designed Fan RGB header control. However, you will need to get your hands on latest AMD RGB fan for doing so. Here are some important aspects to look for: 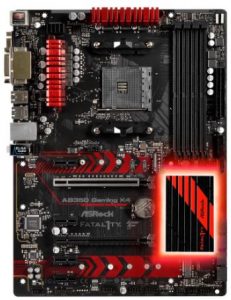 What makes it a gaming motherboard is improved not only audio design and graphics output but also enhanced stability that is much of a gamer expects from his rig. PCI-E slots embedded on the motherboard are protected with solid steel cover so that they avoid any single chance of interference with graphic cards. Not only this, but steel cover also make it sure that massive GPUs are correctly installed. It is power packed with sound blaster cinema three audio technologies that are capable of delivering excellent audio regardless output device being headphones or stereo speakers. Here are some significant features: 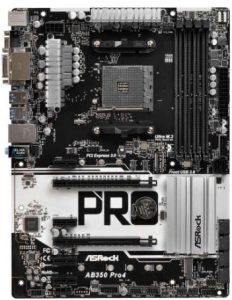 It is a VR ready motherboard with qualified hardware, software, and drivers. When building a VR compatible gaming system, choosing the right motherboard for the job is important to meet every other component demands. It features dual M.2 PCIe interface for delivering data transfer speed up to 32 GB/s for SSG. It is also compatible with ASRock U.2 kit. Saturation current is enhanced up to three times thanks to premium power choke, ultimately delivering improved V-core voltage. Talking about the looks, it possesses an entirely black PCB body. It is a rock solid body with kind of mysterious touch thanks to black color. Have a quick look at their eye-catching features:

We hope that you will like our list of the top AMD B350 Chipset Motherboards for Ryzen 5. Questions and comments are welcome below in the comment section.