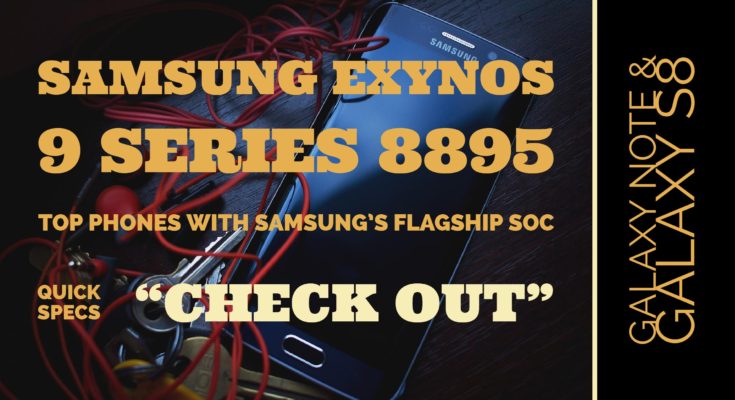 The Exynos 8895 is currently Samsung’s flagship SOC for their flagship devices. It has already featured on their Galaxy line of flagship Android devices. In this article, we will be talking a little about the SOC in general and also list out the top Samsung Phones with 8895 Exynos 9 mobile processor. So, read along!

Samsung in-home processor Exynos 9 series 8895 was launched back in Feb 2017. This is so far the highest performing processor by Samsung for their mobile devices. The new Exynos 9 series is the company’s first processor chipset built on the latest 10 nm FinFET process technology. According to Samsung, it brings improvements which allows up to 27 percent higher performance while consuming 40 percent less power when compared to its earlier 14nm technology used in Exynos 8890 and other processors.

Samsung Exynos 8895 is found in the flagship phones of Samsung like the S8, S8 Plus and the Galaxy Note 8. We will discuss them later in the post. But first, let’s see what Exynos 9 series 8895 has to offer.

Just like the Snapdragon 835, it integrates a gigabit LTE modem which supports 5CA(Carrier Aggregation) for downlink. It supports downlink speeds up to 1 Gbps with 5CA and uplink speeds up to 150 Mbps with 2CA. It helps in better and stable download and upload speeds as compared to the older Exynos CPUs.

For the GPU, Samsung did not follow the likes of Apple to build a custom one. Instead, the Exynos 8895 employs ARM’s latest GPU, the Mali-G71, built on an advanced multi-core mobile graphics architecture. It has 20 powerful graphics cores that provide up to 60% improved performance over its predecessor. 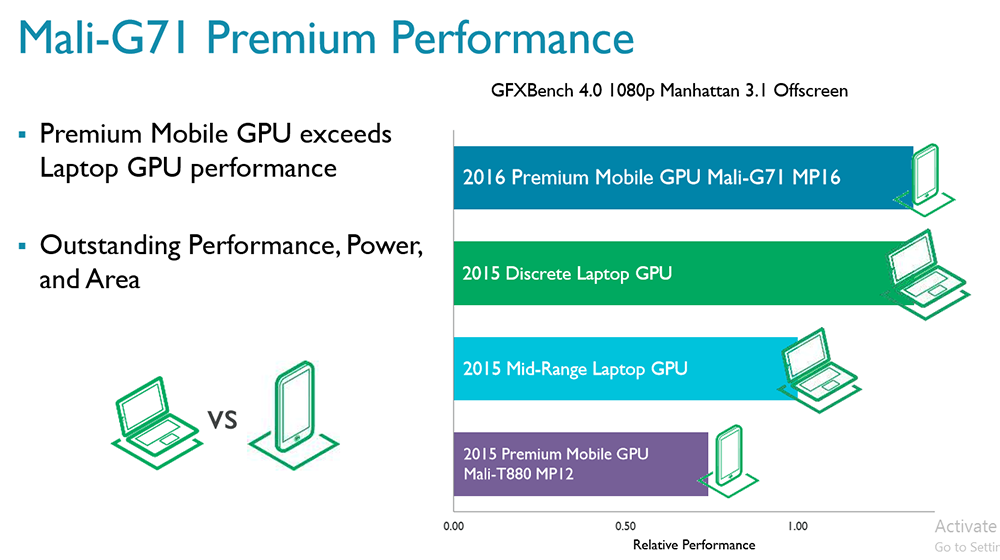 Even the multimedia experience has got better with the Exynos 8895. It supports recording and playback of video content at a maximum resolution of 4K UHD at 120fps with the latest video codecs, including HEVC(H.265), H.264, and VP9.

Now that we have a dual camera as a common trend, this time Samsung has done well to unleash its creativity. The image signal processing technology supports up to 28 MP for each rear and front camera. The 8895 processor features dual ISP, one dedicated to low power and other devoted to high-quality. So it enables a smartphone manufacturer to implement various dual camera configurations.

One of the exciting new features of the 8895 processor is the VPU (Vision Processing Unit). It is designed for machine vision technology. This technology provides cognitive services improves the recognition of an object or its movements by analyzing the visual information coming through the camera. 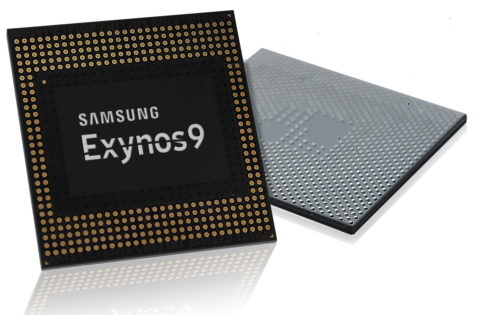 As Exynos is used only in the Samsung phones, Samsung uses the Exynos 8895 flagship processor; only in the flagship phones. Till now, we have had three phones that feature the Exynos 8895 processor. The Samsung Galaxy S9 that is expected to be launched in the starting of next year might as well come with this processor. But nothing is official yet and also the Snapdragon 845 being rumored on the upcoming Galaxy S9. Rumours aside, let’s move on to the phones that employ the Exynos 9 series 8895 processor.

Samsung Galaxy S8 is powered by a 3000 mAh Li-ion non-removable battery. It comes preloaded with the Android 7.0 Nougat OS. S8 is IP86 certified, means that it is dust and waterproof over 1.5 meter for 3 minutes in fresh water.

Samsung Galaxy S8 Plus is the bigger brother of the Galaxy S8. The same processor powers both the smartphones. The difference is in the display size, battery, internal storage, and RAM.

S8 Plus comes with 6.2 inches Super AMOLED display with 1440*1920 pixels resolution at 529 PPI density. The screen is protected by Corning Gorilla Glass 5. It is available in two variants, 4 GB RAM with 64 GB internal and also with 6 GB of RAM and 128 GB internal storage. Both the models support up to 256 GB memory card. The camera is the same 12 MP on the rear side and 8 MP on the front side just like the S8. The battery has got bigger, a 3500 mAh battery power up this large display phones. There is a fingerprint scanner is located on the rear side, beside the camera.

The Note 8 packs 6 GB of RAM and offers three choices of storage 64/128/256 GB. It employs a dual camera setup to get DSLR like images and shake-free videos. On the rear side, there is a dual 12 MP + 12 MP camera setup with dual tone LED flash. On the front panel, it has 8 MP camera.

It has an Iris scanner, fingerprint scanner, and an integrated heart rate monitor. A 3300 mAh battery power up this phone which supports the quick charge 3.0 specifications. Out of the box, it runs Android Nougat 7.1.1 Nougat OS, with Oreo on the way. The S Pen that is the USP of this phone has got new features and have become more sensitive to pressure inputs and responsive than before. Here are its quick specs below:

We hope you like our article on Samsung Phones with 8895 Exynos 9 series mobile processor. We expect some more models in the coming months from Samsung, featuring this new SOC. As on when they are available, we will update our list.

Questions or suggestions are welcome in the comments section below.