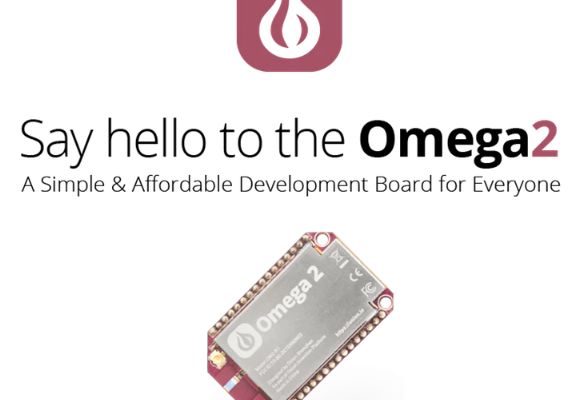 Omega2 is a 5$ Modular IoT Device

Industry experts estimate IoT industry to be a game changer. With such huge potential, you need great developers. The following chart shows that the number of IoT developers is projected to grow to about 5 million.

The IoT business has grown over 50% across verticals, starting from Home Automation to Energy and Utility companies. With such tremendous potential, you would need easy availability of cheap and affordable devices to cater the growing demand. Currently, the market is dominated by Raspberry Pi which currently holds a significant chunk of the current market.

However, most of the times, developers struggle with documentation and understanding frameworks which are time-consuming. Rather than coding and creating new stuff, a lot of time is spent in understanding the devices.
That is what is about to change with the Omega2 IoT devices from team Onion. Even though the average cost of IoT devices is falling, Omega2 is going to undercut that by a large margin with $5 IoT devices which they claim is going to disrupt the current market.

Claiming to be the world’s smallest Linux server, with built-in WiFi, Team Onion claims that they have simplified the development process and minimized potential delays. Developers can now concentrate on developing exciting new products rather than spending time reading product documentation online.

Meet the Omega2 (Omega2 is a 5$ Modular IoT Device)

The team is primarily focusing on two things.

The will help newer developers to get themselves antiquated with the device and IoT concepts quickly.

The Team also gives you the option of having an App Store. Out of the box, you would get apps like “Device Manager” and “File Explorer” etc. There is also an SDK available for developers to build and deploy custom apps and publish them to the App Store. The device also gives you full access to the Terminal where you can easily run Linux commands. It can also run Apache Web Services and can host a Web Application if necessary. It supports multiple open source languages like Ruby, Python, Node.js, PHP, etc. The libraries are already available for developers to use it.

There is a broad range of accessories that are available with the Omega2. The Team at Onion have partnered with other vendors to provide Cellular 3G connectivity and add-on modules to control industrial equipment remotely.

Here are the list of Add-on Modules that is currently available:

At the time of writing this, their Kickstarter project have already has 2,517 backers, $91,221 pledged vs a Goal of only $15000 with 32 more days to go. Now those are impressive numbers by any standards for a crowdfunding project. By only pledging $5 you get your hands on with the Omega2. This low entry cost is one of the reasons why this project is so successful. If you own or use a Raspberry Pi, do give this product a shot.

Go over to Kickstarter
Affiliate Disclosure: Faceofit.com is a participant in the Amazon Services LLC Associates Program. As an Amazon Associate we earn from qualifying purchases.