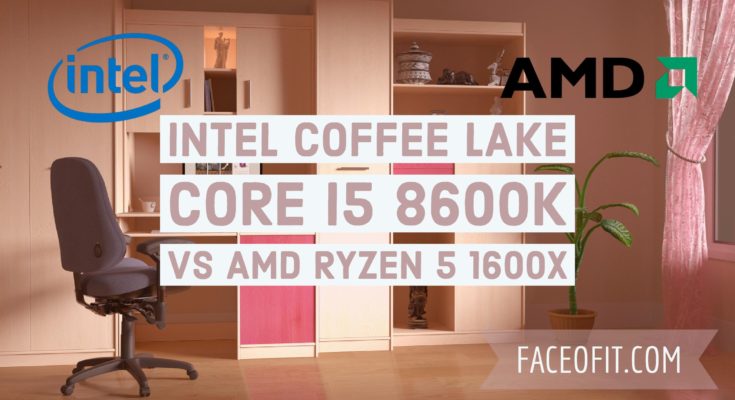 AMD Ryzen 1600X is an affordable beast when it comes to the gaming and multi-threaded performance. With the release of AMD’s Ryzen series of processors, AMD is back in the HEDT (High-End Desktops) space, which is largely dominated by enthusiasts. AMD is the only rival to Intel (and an old one!) when it comes to x86 (x86-64) markets. Ryzen’s success didn’t take Intel too long to respond. Intel just announced their Coffee Lake series of processors and its gaming performance is impressive. Intel claims 25% performance improvement over its predecessor, the 7600K, which is quite a tangible difference. In this post, however, we are going to compare two mid segment desktop processors, Core i5 8600K Vs AMD Ryzen 5 1600X.

The Ryzen 1600X that is already popular among the gaming community and the Intel i5-8600K begs for a specifications comparison.

Intel i5-8600K hasn’t been launched yet; it is expected to come in October 2017. We didn’t have official specs but based on the strong rumors and some leaks we are taking forward this quick spec review. In case if you are wondering when we compare the Ryzen 1600X with the Intel Core i5-7600K, Ryzen comes out to be a clear winner considering the overall performance. 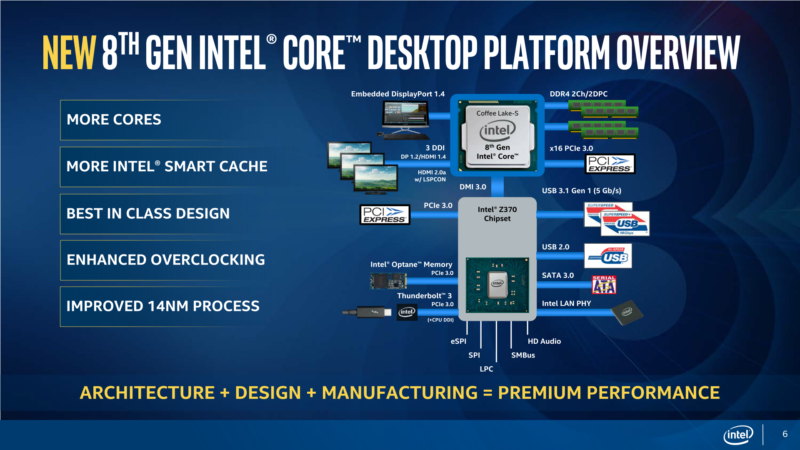 But now Intel has taken a step forward to outperform the AMD’s Ryzen 1600X. So let’s find out which one will be the better option for you.

Here is a quick head to head comparison between the i5 and Ryzen 5 processors. We added the i5 7600k for your reference. See below:

The Ryzen processor in question may not have clock speeds as high as the Intel processors, but they have double the core count. That’s why Ryzen processors perform better when it comes to multi-threaded performance.

But what is the actual scenario between the AMD Ryzen 1600X vs Intel Core i5-8600K? Ryzen 1600X is a 6-core, 12-thread CPU and comes with integrated real machine intelligence, for brand predictions and hardware prefetching. It is an unlocked CPU, so overclocking is easy with the AMD utility tools that make this work easy and hassle-free. You can even monitor the performance of the processor.

On the other hand, the Intel Core i5-8600K is also a Hexa-core CPU that boosts clocks up to 4.3 GHz. So comparing the clock speed, it is surely going to win on single threaded workloads. It will be featuring the 14nm++ process, just like the Ryzen 1600X. The new Intel i5 and i7 will be the first to utilize a full 6 core design instead of the 4 core quads that we have been looking at for several generations.

Coming to its rival Ryzen 1600X that is already very popular among the gamers because of its affordable price and performance. The base clock speed of this CPU is 3.6 GHz with max turbo core speed up to 4 GHz. So comparing the clock frequency, it seems that Intel has taken the lead here, but real-time results are yet to come.

The Ryzen 1600X has been quite successful in the market, so is the Intel Core i5-7600K. So it is obvious, that Intel must have upgraded the performance. Within few weeks, we will compare both the processors against various benchmarks and will update this post with a detailed review. Pricing of the Intel Core i5-8600K will play a major role in deciding the best of two.

So if you are going to build a gaming PC, it would be better to wait for the launch. Who knows you might get a better deal within a few weeks.?

We hope you like our Core i5 8600K Vs AMD Ryzen 5 1600X comparison. Comments and feedbacks are welcome in the comments section below.