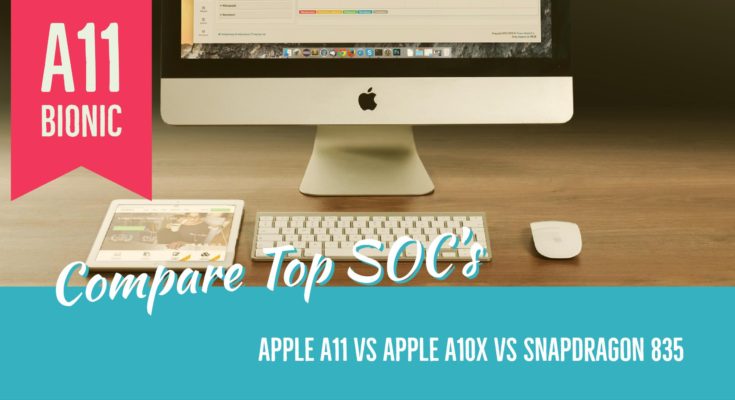 In today’s article, we are going to compare all the three top-end smartphone & tablet SOC’s. We are going to make a quick comparison of Apple A11 Bionic SoC, A10X, and Qualcomm’s Snapdragon 835 processor. The Apple A11 is designed for the latest iPhone 8, 8 Plus and the iPhone X, while the A10X is intended for the iPad Pro series and Apple TV. The Snapdragon 835, on the other hand, powers up most of today’s premium Android-based smartphones.

The predecessor to the iPhone8, the iPhone 7 runs on Apple’s A10 fusion-chip which is, like the A11, designed by Apple and manufactured by Taiwan’s TSMC’s 16-nanometer FinFET process. Here is a quick look at some of the high-level Apple A10 specs: 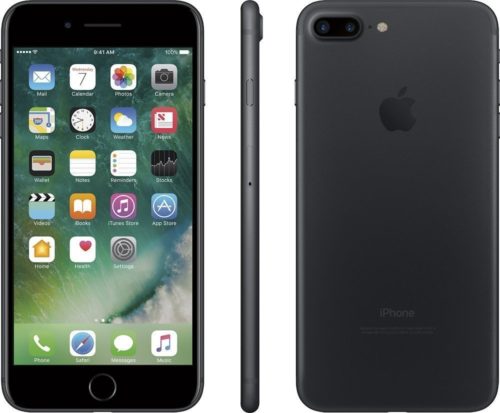 If we look at the trend, unlike Android SOC’s (Qualcomm, MediaTek, etc.) Apple’s chip design philosophy was always to use a lesser number of cores and more on high-performance custom ARM cores and CPU clock frequencies.

The A11 is the first SOC developed by Apple to host 6 Cores (2 High-Performance + 4 Energy Efficient Ones). The 10 nm FinFET tech from TSMC also helps in achieving more power efficiency and more transistors (4.3b vs. 3.3b transistors). The main performance advantage comes from the four energy efficient cores which are expected to be 70% faster than its predecessor, the Apple A10 Fusion chip.

Apple is using its groundbreaking A11 Bionic chip in the newly launched iPhone 8, the iPhone 8 Plus and the iPhone X smartphones. The A11 features an Apple-designed 64-bit ARMv8-A six-core CPU, with two high-performance cores, called Monsoon, and four energy-efficient cores, called Mistra. The A11 uses a new second generation performance controller, that helps this chip to use all the six cores simultaneously, unlike its predecessor A10 found in iPhone 7 and 7 Plus.

Coming onto the Apple A10X Fusion that is a variant of Apple A10 SoC. A10X is used in the 10.5-inch iPad Pro and 12.9-inch iPad Pro and Apple 4K TV. A10X features an Apple-designed 64-bit 2.38 GHz ARMv8-A six-core CPU, with three high-performance Hurricane cores and three energy-efficient Zephyr cores. The A10x  has been faster than all its predecessors till date until the A11 bionic chip was released, that has set new benchmarks for performance and efficiency on a mobile chip. 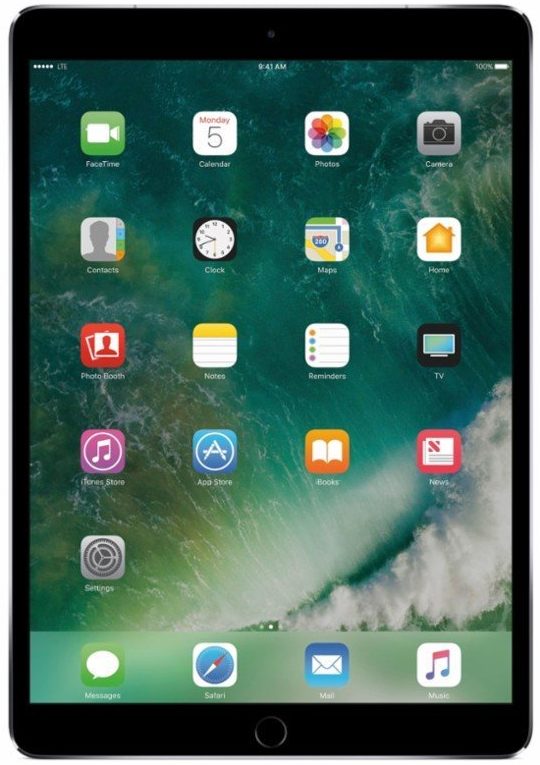 On the other hand, Qualcomm’s Snapdragon 835 is found in most of the premium segment Android devices. It is so the flagship SoC from the house of Qualcomm in 2017. It is expected to remain this way, until the release of Snapdragon 435.  It is one of the first processors that is manufactured on the 10nm fabrication process. It integrates  4x custom Kryo 280 cores at 2.45 GHz (max) for performance and 4x Kryo 280 at 1.9 GHz (max) for efficiency.

Specs Comparison of Apple A11, Apple A10X, and Snapdragon 835 SoC

Now that we know a little about the three processors, now let’s compare the specs and some real-world performance of the three SOC’s.

Starting with the A11 bionic chip, the A11 integrates an Apple-designed three-core graphics GPU with 30% faster graphics performance than the A10. The A11 also includes a new image processor which supports lightning processing, great color capture, and advanced pixel processing. It also includes the neural network hardware “also known as Neural Engine” which can perform up to 600 billion operations per second. It is used for Face ID, Animoji, and other machine learning tasks.

The Neural Engine features cognitive functions like facial recognition, biometrics, speech recognition, language translations, etc. It is used for Face ID, Animoji, and other unsupervised machine learning tasks. The A11 is manufactured by TSMC using a 10 nm FinFET process and contains 4.3 billion transistors, while the Snapdragon 835 had 3 billion transistors but built using the same 10 nm FinFET process.

The A10X found in the latest iPad comes in the second place when it comes to performance, and comes first in some graphics intensive scenarios. It is also built using the 10 nm FinFET process by TSMC. It integrates a twelve-core graphics processing unit (GPU). When compared with the high-end Android  SoCs like the Snapdragon 835 (or MediaTek x30), the A10X takes a considerable lead.

The Qualcomm’s Snapdragon 835 is way cheaper than the A11 and A10X SoC’s and because the SD835 is not bound to a single ecosystem. But if we look at pure performance, then the A11 and A10X are way ahead of the SD835 processor. In a test on Geekbench, Apple iPhone X beats Samsung Galaxy S8 in both single core and multi-core performance; credit goes to the A11 bionic chip.

Here is a quick  comparison of the geek bench results: (A10 vs A11) 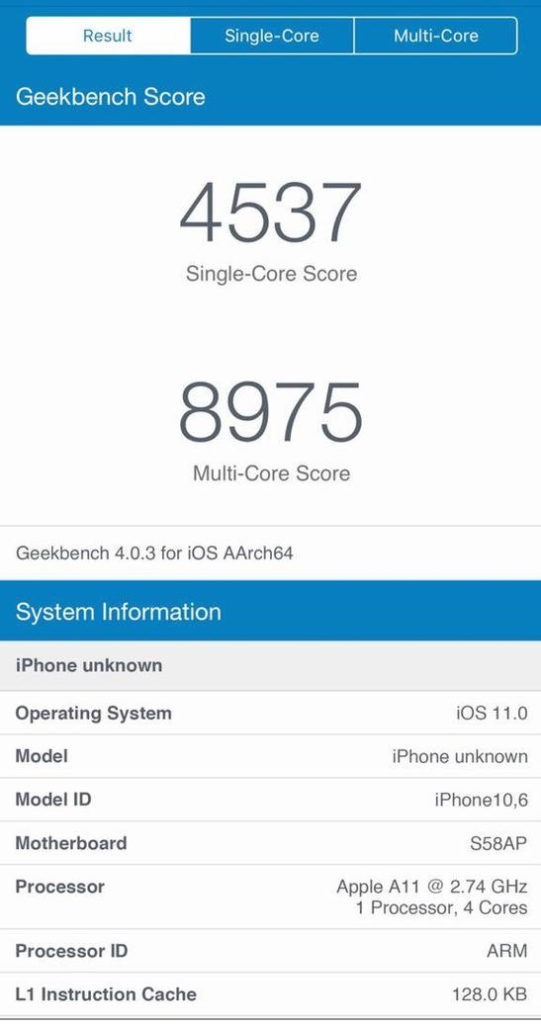 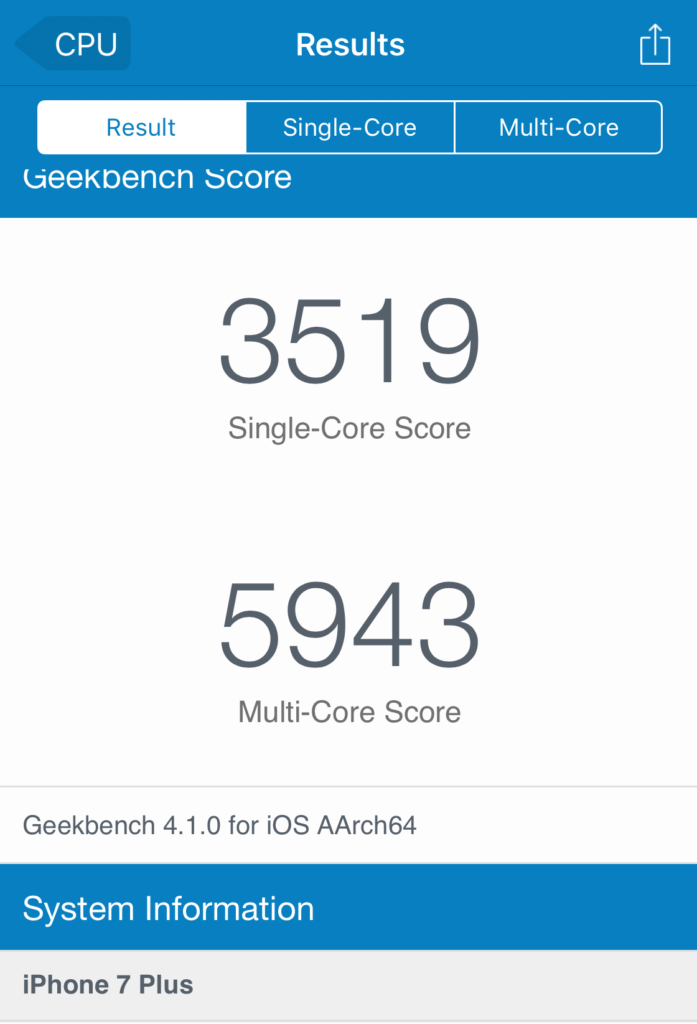 A10X comfortably beats the Snapdragon 835 and even the Samsung Exynos 8895. Interestingly, the A11 bionic chip has set new records after defeating the A10X. A11 is said (and is) to be 70% faster than Apple’s last year chip, and its GPU is claimed to be 30% quicker than the A10 GPU.

Talking about the camera capabilities and RAM of this year’s iPhones, the iPhone X, iPhone 8 and 8 Plus comes with the A11 bionic chip and will have 3 GB of RAM along dual camera setup on the rear side with 12 MP + 12 MP sensors. While on the front side there is a 7 MP camera. Even though the camera setup is that of last year, you can expect better image qualities due to the A11’s inbuilt image processing unit.

Apple’s A10X fusion chip powers the 10.5-inch iPad Pro and 12.9-inch iPad Pro. In both iPads, the A10X processor is coupled with 4 GB of RAM. As far as camera capabilities of the iPad Pro’s are concerned Apple has equipped a single 12 MP camera on the rear side and 7 MP camera on the front side.

Coming down to the Snapdragon 835, the specs which standout against the A11 and A10X are a couple. Qualcomm’s Snapdragon 835 supports up to 8 GB of dual-channel LPDDR4x RAM. It supports up to 16 MP dual camera and up to 32 MP single camera setups. This depends on the OEM as to how it implements this on their devices. The SD835 takes the lead over the A11 bionic chip and A10X fusion in some single-threaded workloads as well.

Overall A11 bionic chip destroys the competition in the Geekbench benchmark results. Even the A10X beats the Snapdragon 835 in Geekbench results (As shown above) and Antutu benchmark. But Apple phones are way more expensive than its  Android premium counterparts. Keeping price in mind, Snapdragon 835 is an excellent choice for those who can’t afford or prefers the openness of the Android platform over iOS.

But Apple phones are way more expensive than the Android premium phones. So, Keeping the price factor in mind, the Snapdragon 835 is an excellent choice for those who can’t afford to buy the iPhone X or the iPhone 8 & 8 Plus. You can get a Snapdragon 835 powered Android device from Chinese brands such as Oneplus 5 or Xiaomi at almost half the price of an Apple iPhone 8 or 8 Plus.

Right now, we are scratching the tip of an iceberg when we talk about AI or unsupervised machine learning algorithms. We expect to see more cognitive features on future SOC’s which are less gimmicky and more useful to its users.

We hope you like our comparison article on Apple A11 vs Apple A10X vs. Snapdragon 835. In case if you have got any doubt or suggestion feel free to share with us in the comment box. We will be happy to interact with you at our earliest.