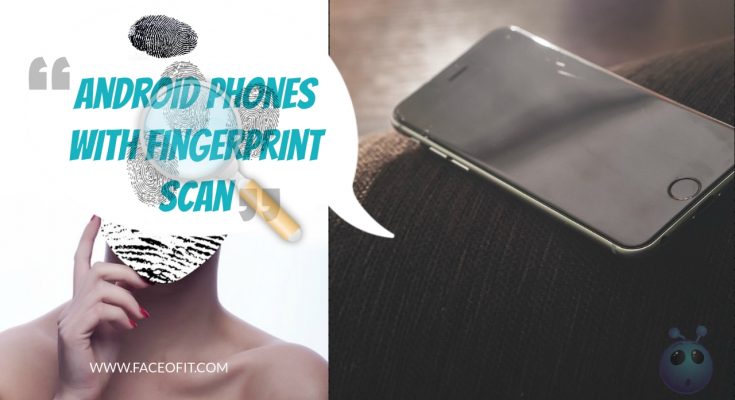 The fingerprint scanner is the new trend in smartphones. Nowadays almost all mainstream mobile manufacturers have embedded a fingerprint scanner as a security feature. Over the years, fingerprint scanners gradually found its way to the low end, budget phones as well. But in a little budget of 10000 Rupees, very few mobiles have a high-quality scanner. So this post is going to be about best android phones with Fingerprint Scanner under 10000 Rs. What is the benefit of fingerprint scanner?

Firstly, it saves your time while unlocking phones. Most of the scanners respond in just under 0.5 seconds, and your phone will be unlocked. You don’t have to draw patterns or fill passwords. Moreover, you don’t have to worry about your password being stolen by somebody. Only you can unlock the phone. Besides fingerprint scanner, there is also a password or PIN option to unlock the phone.

While compiling this list, the first selection criteria were all the smartphones should have a fingerprint scanner. Then we tested every aspect of them. From durability to gaming performance and multitasking. After that, we have ranked them in this list based below on the decreasing order of priority. Phones which are better value for money are placed on top. 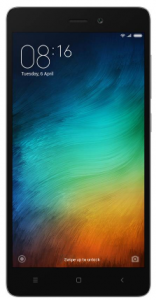 Redmi 3S is the first best mobile with fingerprint scanner under 1000o Rs.  IT comes with 3 GB RAM and 32 GB storage. Redmi 3S is dressed in a premium metal body. That’s not all; it houses a powerful Qualcomm Snapdragon 430 processor. The fingerprint given on the back side below the camera is very responsive. It took around 0.3 seconds to unlock the phone via scanner.

It has a giant 4100 mah battery which gives the best backup among all smartphones under 10000 Rs. It has 13 MP primary camera and 5 MP front-facing a camera.  Both cameras do their job pretty well. The main camera has a high-quality sensor and 0.1s ultra-fast phase detection autofocus. It has a hybrid slot. So you can use 2 SIM cards or 1 SIM card and one micro SD card. It supports up to 128 GB micro SD card.

Redmi 3S prime has 5 Inch full HD display on which colors are vivid and easy on the eyes. Screen colors can also be adjusted via the inbuilt apps in Redmi phones.

Lenovo K6 power looks almost same like Redmi Note 3. But it is smaller in screen size. It has a 5 inch full HD display with 1920 x 1080 pixels resolution. This phone has the best display among all the smartphones in this post. It is powered by Qualcomm Snapdragon 430 1.4 GHz octa-core processor. k6 power has 3 GB RAM and 32 GB storage that can further be extended up to 128 GB via the hybrid slot. Its fingerprint scanner responds in just fraction of seconds.

Lenovo k6 power SIM tray supports one nano size SIM and one micro size SIM. For photography, it has 13 MP primary and 8 MP secondary camera. During our testing, we find its image processing software to be satisfactory. It has 4000 mah battery that easily lasts for the whole day at moderate usage.

Lowest on Flipkart Buy From Amazon 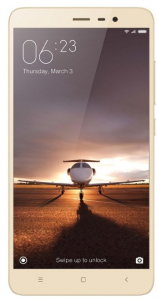 Redmi Note 3 (16 GB) is one of the most popular Android smartphones under 10K. This phone comes in two variants one with 3GB RAM and 32 GB ROM and another one with 16 GB internal storage and 2 GB RAM. The 3 GB RAM model is priced at 12000 Rs, and 2 GB Model is priced at 9999 Rs. So here we have included 2 GB model. In case if you could spend 2000 Rupees more then we recommend that you buy the 3 GB model.

Redmi Note 3 comes with5.5-inch full HD  display. The metallic finish gives it a premium look. It is available in three color variants gold, gray, and silver.  It is powered by Qualcomm Snapdragon 650 hexacore 1.8 GHz processor. Redmi Note 3 has the best processor among all the smartphones below 10000 Rs.

It has 16 MP primary and 5 MP selfie camera that produces good quality pictures in daylight. But in a little light, we just got average pictures. Like Redmi 3S it has very, good battery backup thanks to the 4050 mAh Li-Polymer battery. So overall this is the third best android phone with fingerprint scanner under 10000 Rs. 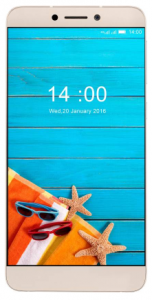 Even though LeEco Le-1s has best on paper hardware configuration, but still, there are a few drawbacks in this smartphones. It is one of the reasons why we have placed it on this list, amongst the best Android smartphones under 10000 Rs with the fingerprint scanner. It has 3 GB RAM and 32 GB Internal storage. It is powered by MediaTek MT6795 Helio X10 Processor clocked at 1.85 GHz.

It has 3000 mah battery which gives just average backup. The battery could have been better. Moreover, it doesn’t have a memory card slot. So you are left with only 32 GB storage. So if you are ok with these two drawbacks, then this smartphone will work best for you under 10000 Rs with the fingerprint scanner. It has 13 MP primary and 5 MP secondary camera. Picture quality is somewhat better than the Redmi Note 3. 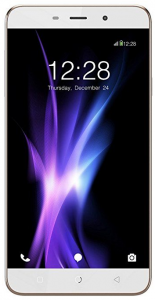 Coolpad Note 3 Plus is the fifth best smartphone under 10000 Rs and is exclusively available on Amazon. It has 5.5 inch 1080p FHD screen with IPS display technology offers up to 178 degrees of viewing angle with wide visibility range. The colors vivid and even small objects are very clear.  It has 3 GB RAM and 16 GB internal storage that can further be extended up to 64 GB via external SD card.

Coolpad Note 3 comes with 3000 mah battery. Battery backup is average.  It runs on Android Lollipop 5.1 with 1.3GHz Cortex-A53 MT6753 MediaTek processor. It has fast responding fingerprint sensor given on the back side of the phone below the primary camera. The print scanner also serves other purposes, such as it can be used to click photos and unlock locked apps. Coolpad Note 3 has 13 MP primary camera and 5 MP front facing the camera. 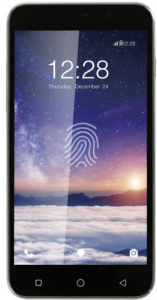 The sixth smartphone is the lite version of above android phone. Everything is same as the previous phone except the screen size and battery. It has 5 inch HD display with 1280 x 720-pixel resolution and comes 2500 mah battery.  The only drawback of this phone is its battery.  It runs on Android v 5.1 Lollipop operating system. There is no info whether it will get the marshmallow update or not.

But its fingerprint sensor is quite responsive. Like above Coolpad Note 3, it comes with 13 MP  and 5 MP camera with beautification mode and auto focus. 3 GB RAM along with  1.3GHz Cortex-A53 MT6735 MediaTek quad-core processor gives smooth multitasking experience. 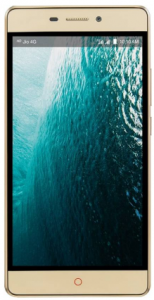 LYF mobiles came into limelight with the JIO offer. This Phone is eligible for Jio happy new year offer. To avail this offer, you have to go to the nearest brand store. LYf Water 7 has 2 GB RAM and 16 GB ROM that can be extended up to 128 GB.  It has 5.5 inches Full HD Display. It has metallic body same as Redmi Note 3.

LYF Water 7 has 3000 mAh Li-Ion Polymer battery which gives average backup and survives till day end. It is powered by Qualcomm Snapdragon 615 MSM89391.5 GHz octa-core processor. LYF 7 has 13 MP primary and 5 MP secondary camera.  But camera quality is not as good as top smartphones here. The best thing about this smartphone is two years warranty. No other company is giving 2-years warranty. 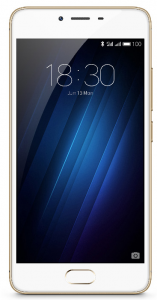 Meizu M3S is powered by MediaTek 1.5 GHz octa-core processor and runs on Android Lollipop 5.1 operating system. It has 3 GB RAM and 32 GB internal storage. Storage can be extended up to 128 GB. But it has a hybrid slot. So either you can use two SIM cards or 1 SIM card or 1 memory card.

It has 13 MP rear camera and 5 MP front camera which is capable of taking good photos. It has 3020 mah battery which gives decent backup. Its fingerprint sensor supports 5-fingerprint memory. It is very thin and lightweight made of metallic body. It has a 5 inch HD display with 1280 x 720-pixel resolution. 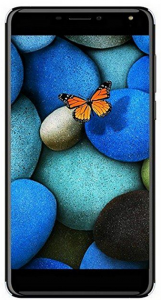 Lowest on Amazon Buy from Snapdeal

The last android phones with fingerprint scanner below 10000 Rs is Intex Cloud S9.  This phone will cost you around 6500 Rs, and it is one of the cheapest smartphones with the fingerprint sensor. Cloud S9 runs on Android v6.0 Marshmallow operating system with 1.3GHz 64-bit MediaTek MT6737 quad-core processor.

Intex Cloud S9 has 2GB RAM and  16GB internal memory expandable up to 32GB. It is a 5.5 Inch HD display phone on which colors are very pleasing. 3650mAH lithium-ion battery lasts for the whole day at ordinary usage. 8 MP rear and 5 MP front camera are there for taking the pictures and selfies. So overall this is the best fingerprint sensor phones below 7000 Rs.

So these are the Android Phones With Fingerprint Scanner currently available in India that you can buy below Rs 10000. We’ll have to admit one thing, all these phones provide immense value to its users, be it performance, specs, or screen quality. They challenge the pricier models from Samsung, LG, HTC, Motorola, and others. Hope you like this compilation. Feel free to let us know by dropping us a comment below in the comment section.

Affiliate Disclosure: Faceofit.com is a participant in the Amazon Services LLC Associates Program. As an Amazon Associate we earn from qualifying purchases.
Previous PostBest Graphics Cards For Gaming Under $300 from AMD and Nvidia (Radeon and GeForce) Next PostTop Tablets under Rs 10000 with 4G Sim Cards on Android and Windows 10