Looking for an AMD Radeon RX Vega 64 GPU based desktop system? Why Vega you ask? Well, If you follow Tech news closely, you will know that AMD has been on a roll recently, and so does its stock price. Being in competition with Intel and Nvidia on processors and Graphics processing fronts is not easy. If AMD Ryzen PC’s excite the content creators, the Vega GPU’s should excite the gamers (and Crypto Miners).

Last month, AMD released the Radeon RX Vega series GPUs. AMD is looking forward to taking one on one with gaming dominators GTX, a.k.a the 1080’s and GTX 1070 GPUs by Nvidia with their new graphics card lineup. If not a clear winner, we can expect AMD to make it as a draw for the time being, till further optimizations come. In today’s discussion, we are going to explore top Desktop PCs available out there with Radeon RX Vega GPU by AMD. Before jumping right into the discussion here is a quick comparison:

As you can see, being from the same series/family, all of these Vega GPUs are quite identical but not completely similar. Vega 64 and Vega 64 Liquid is the nearly exact match in the performance. However, one is liquid cooled where other isn’t, whereas the Vega 56 has completely different specifications and performance.

Now, taking the discussion towards the main content, let us discover some desktop PCs available out there, with these latest AMD Radeon RX Vega series GPUs. We have also included PCs with AMD Radeon RX series GPUs. Here we begin:

Right now, we only have a few desktops that are available with top-notch specs suitable for Gamers, Content Creators and CAD Professionals. Check them out! 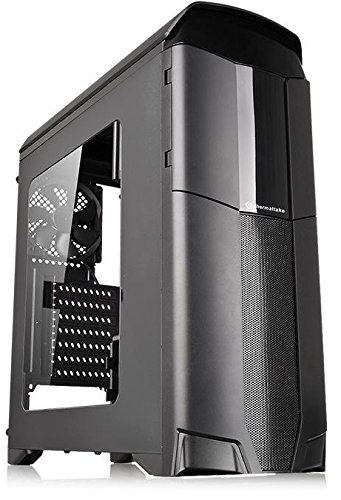 ADAMANT is a third party builder, thus, first I would make it clear that most of the components in this build come from well-known brands. Moreover, they assure that the build is assembled and tested before delivery and it is bloatware free. They offer three years of limited labor and component warranty. Going to the technical aspect, the case it uses is a mid-tower Thermaltake Versa n26 case. It uses 80 PLUS bronze certified 750W power supply from Thermaltake. The motherboard comes with quite enough expansion. For cooling purpose, there is corsair water cooler with 120mm mostly silent fan. Here is a quick overview: 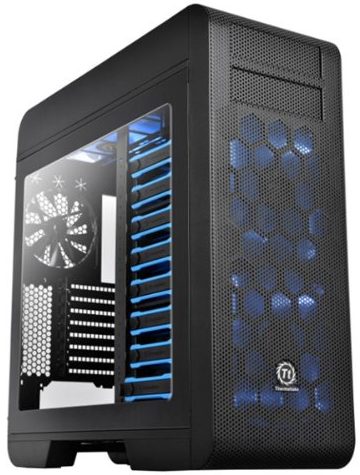 The case it uses is Thermaltake Core V71 Full tower case. It has three fans in total, two of them being 120mm and the other 200mm one with 1000rpm and 800rpm rotation speed respectively. It has two 5.25” and 8 3.5”/2.5” drive bays. The power supply also comes from Thermaltake with 80 PLUS gold certificate, which uses quality Japanese capacitors. The PSU has a 140mm cooling fan that is mostly silent and also possesses the variety of current protections. The Asus Zenith extreme motherboard is quite ideal for future expansions. The rig is bloatware free, and you get three years of warranty with lifetime tech support.

It is more of a balanced gaming system with sufficient performance and without overdoing anything. It is powered with an i7 backed by a liquid cooling system. The boosted frequency can go as high as 4.3 GHz. The Radeon Vega surely reveals eye-catching graphics quality. You get 2.25 TB of hybrid storage, which satisfies both speed and quantity. The case possesses four Thermaltake “Riing” LED fans. Moreover, the case has 16 colors RGB lighting that can be controlled along with the LED fans with a remote control. The build looks cool with transparent tempered side-glass. Following is a glance at other important aspects:

It uses Thermaltake overseer RX-I full tower case. The case has three fans in total. Front one being 200mm/600rpm, rear one 120mm/1000rpm and top one being 200mm at 600rpm. All of them are mostly quiet. There are eight drive bays in total. The power supply is 80 PLUS gold certified and has an ultra-silent 140mm cooling fan and possess various protection layers. The motherboard has multiple expansion slots for further upgrades that you would hardly require. Have a look below:

It is built with Thermaltake Suppressor F31 ATX mid-tower chassis. It has two 120mm fans at 1000rpm, one in front and one at the back. There are two internal and six external storage drive bays. It has heavy-duty 1000W 80 PLUS gold certified PSU. The motherboard has eight SATA 6GB/s, two M.2 and one optical S/PDIF interface; all these are quite ideal for future upgrades. The CPU chip has large 11 MB cache and can be overclocked up to 4.3 GHz frequency. The cooling water system used for CPU has 120mm fan with massive 2000 rpm speed. Let’s have a look at some important aspects of following summarized table: 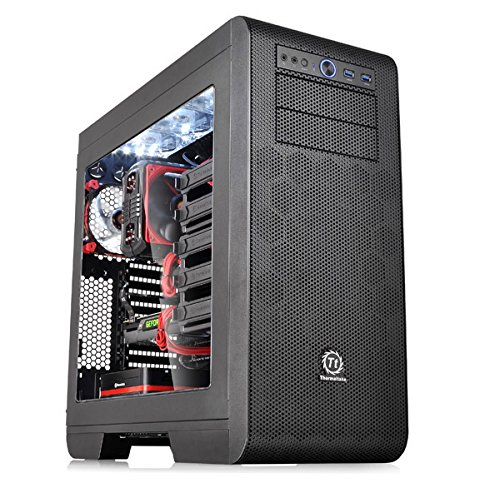 It is build using Thermaltake Core V51 Mid tower case that comes with 3x 120mm fans at 1000 rpm rotational speed. These fans are mostly silent. It has 12 drive trays in total. The PSU is bronze certified and has a quiet 140mm cooling fan and various power protection layers. There are many expansion slots available on the motherboard. For CPU cooling, it has corsair water cooler with the 120mm fan with 2000 rpm rotational speed. It has Realtek 8 channel HD audio coded system. They are offering 3 years of warranty with lifetime tech support. Following is a quick overview: 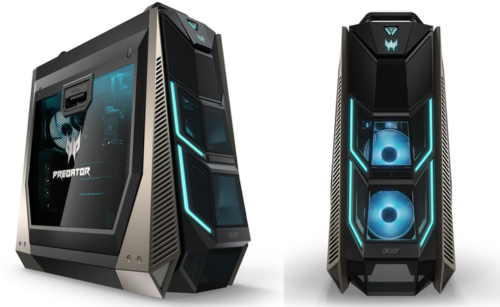 Acer would soon be releasing Predator Orion 9000. It is going to be a complete set of the rig, gaming headset, gaming mouse and keyboard, all with matching LED look. It is expected to be starting from $2000. The price may vary according to various versions available. There is not much known about the certain specs yet. It is expected to have Intel core i9 extreme CPU with 18 cores. It will have two options in graphics card, Radeon RX Vega or Dual GeForce GTX 1080Ti backed with 128 GB of quad-channel DDR4 RAM. Moreover, there will be liquid cooling and much more! Following table summarizes what we know about the specs:

We hope you like our article on the best AMD Radeon RX Vega 64 GPU based desktop builds out there. We expect even more models to follow, especially from the mainstream manufacturers like Dell, HP, Lenovo, and others.

Comments or suggestions are welcome in the comment section below. Cheers!