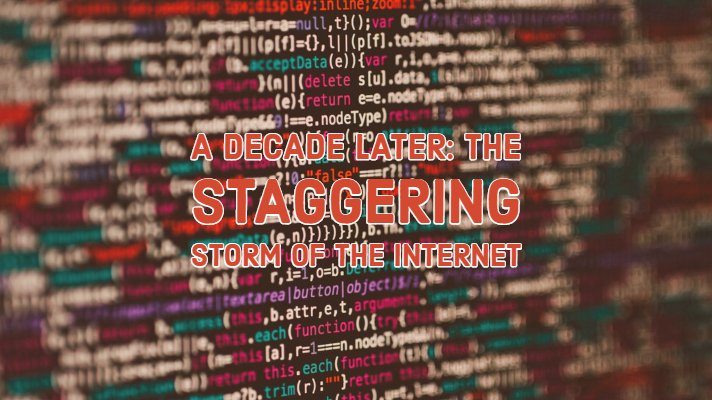 A Decade Later: The Staggering Storm of the Internet

Comments Off on A Decade Later: The Staggering Storm of the Internet01827

Over the years the Internet has taken over the world entirely. In the past decade or so, the internet is everywhere home, industries, offices everything is being done through it. People are doing businesses, using it for communication and even getting married to it. Following are some facts and figures explaining the mind-boggling rate at which the internet has grown and evolved.

Everybody has access to the internet, and about half of the world or so are using it. Because of Smartphones and Wi-Fi, every member of the family can use it where else in the past years there used to be only one single connection and one computer in the household. Now everybody owns a smartphone and has internet access.

According to research, in 2002 the usage of internet per day was for about 46 minutes by a person, and within ten years this went up to 4 hours per day in 2012. Now after the merging of so many computer-based jobs, this has risen to 10-15 hours per day. Some people use the internet for work or business while the so-called young millennials are addicted to it with so many sites for social media, especially the teenagers who spend about half of their day on the internet. 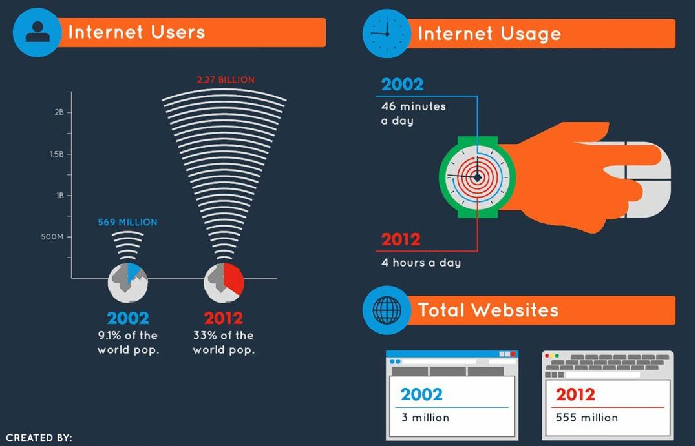 Another astonishing figure is the websites. In 2002, the total number of sites was 3 million, but the network grew so much so that the number tripled itself number of times, reaching the amount of over 1 billion by 2016. Now when e-commerce and online trading is such a rage one can well imagine how many websites may have added to this number. The internet is growing at an insane rate.

It is not only that internet users increased in numbers, but the internet has evolved and grown in various aspects. For example the web browsers. In 2004, about 95% of the user population had Internet Explorer as a browser, and the other 5% were using other sources. Within ten years this declined to 39% only, and Google Chrome and Firefox were used by more people 25% and 28% respectively. People have so many options nowadays, that there is always something new to replace your old things with be it software, computers, browsers or mobiles.

The internet has been changing trends so soon and fast that it often boggles the mind. In 2012, the most searched items over the internet were related to music media and sports. The latest songs, movies, and games were all the rage, and people only used internet for downloading songs or videos on the internet was the primary entertainment. But after a decade, this change. People got to know that it is not just for recreation but serve a higher purpose of education also. People use the internet to broaden their minds and learn about new things. After a passage of ten years, the searching trends had changed from Shakira, Eminem & Star Wars to influential people and geography and latest technologies and personalities like Steve Jobs, Hurricane Irene, Pinterest and iPhone 6.

If we compare the internet over a period of ten years from 2006 to 2016, we will see how much has changed the rage of memes evolved from ninja turtles to forever memes. Photoshop took a considerable rise and took these memes to the next level and now when you see them even they seem from a long time ago.

The internet has proliferated regarding its speed as well. According to a comparison, it took about 12.5 minutes to download a song on a 56 kbps modem and in 2016, with the rapidly improving technology it took about only 18 seconds. The internet is progressing by leaps and bounds. 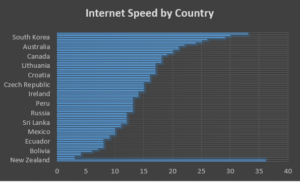 Let’s take the example of web browsers. The Internet Explorer took about 16 seconds to open up a webpage. In 2016, the average speed of a website to open a webpage was 6 seconds. The internet is becoming fast at a remarkable pace.

The social media has taken a remarkable jump over the years. The example of Facebook is enough to surprise ourselves. In 2002, the number of users of the social media site Friendster was 3 million, and after Fourteen years, Facebook alone had over 1.65 billion monthly active users! It has gained the reputation of the most significant social media site.

The overall look of the internet has changed. The look, interfaces of sites, font and the way things were done everything has changed and still evolving. The internet has journeyed thousands of miles in a very short span of time. Many could not keep up this fast pace. And because of the inability to adapt to the new trend and latest demands, they failed drastically. Take the example of Blockbuster, it kept on declining the purchase of Netflix at the time of these offers it was the worth of 5.5 billion but the constant refusal to roll out subscription-based membership presented with a horrible result and it became bankrupt. 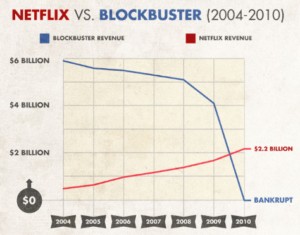 Also Borders, the bookstore. In 2002, Borders store was going right, but its refusal to make an online bookstore got it bankrupt by 2012. Then its one book was equal to 100 bookstores online. We have covered the movies; books now let us see the music industry. Towers Records was a proper name, but its failure and adamant refusal to adapt and create digital music was the reason for its downfall in 2012. Those who refused to change themselves failed miserably.

The internet is full of surprises and changes. The rate at which it is progressing, it will keep on changing. The unstopping evolution of the internet it may be the reason for such rapid growth. Time will prove what else the internet has got in store for us.